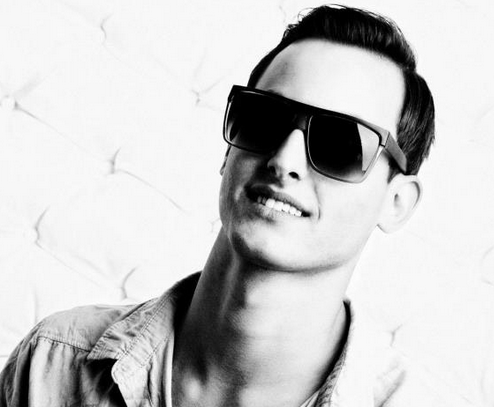 MAKJ will be hitting every major stop in the US & Canada on his 2014 “Peyote Tour” including plays at Coachella, Northern Lights Festival, XS & Surrender, Ruby Skye, Webster Hall, and Winter Music Conference. The tour is appropriately named after his next forthcoming solo track which will be released in April, just in time for everyone to dance like crazy to it on the Polo Field in Indio.

It’s likely you didn’t hear of Mackenzie Johnson (MAKJ) for a really long time until recently, but MAKJ is certainly not new to making music. In fact, he’s been DJ’ing since he was only 15 years old, while doubling as a professional racecar driver in China.

“Just like anything else in life. Sometimes it’s time for a change.”

Flash forward to today, MAKJ is now 23,  and has seen much success very early on his professional career. Surprisingly, MAKJ told us he started with hip hop, “I started with hip hop and transitioned into EDM. One thing lead to another.” MAKJ recently toured with the Bingo Players across North America, and even headlined festivals like Ultra Music Festival and TomorrowWorld. MAKJ described those experiences as both “Unreal and life changing.”

Now MAKJ is set to headline his own tour around the country. An enormous achievement for both someone so young and for someone who catapulted into the and eyes and ears of fans and fellow producers around the world. He’s surely not to disappoint.  On his new tour, MAKJ said “I’m excited about the upcoming headlining tour. It’s going to be crazy, and I can’t wait to play my new tracks.”

It doesn’t go without mention that MAKJ has worked on several Beatport Top 10 tracks, including the hit collaboration “Countdown” with the current #1 DJ, Hardwell which went #1 after only 3 days. On working with Hardwell, MAKJ said “Rob was great to work with. Great experience all around.” MAKJ has released tracks on labels owned by Sander van Doorn, Michael Woods and Robby Rivera.

A Southern California native, MAKJ is shining example of hard work, and talent. He’s easily one of the DJs/producers you should be looking out for in 2014 and his dedication and ability to craft attention-grabbing originals, edits, and remixes make him extremely unique. MAKJ hosts his own weekly radio show on Clear Channel’s Evolution channel which can also be heard on 101.7fm in Boston and online via iHeartRadio.

As MAKJ begins his tour, we wish him nothing but the best in his continued success. To his fans, MAKJ left us with this: “I love you all. See you soon! ”