Techno just goes so well with everything, including cooking. On Thursday, September 22. Sabor De España returns for its sixth edition of cooking and techno on Insomniac TV hosted by MANIAC BLVCK.

Xenia began her musical journey at the age of 10 at a traditional Ukrainian music school. Now she credits her melodic focus to her classic upbringing and plays innovative hard techno. She recently launched her own record label Numen and is currently on tour all over Europe and South America.

Ramiro Lopez, aka Chef Lopez, is a Spanish DJ with influences from all over the music spectrum including RnB, downbeat, disco, funk, jazz, tech, and groove. Ramiro Lopez has released on prominent international labels like Cecille, Noir, Terminal M, and Diynamic music and just last year launched his own techno label, Union Three.

An earlier edition of Sabor De Espana saw Spartaque and Chef Lopez cooking together, which sparked a friendship that would later evolve into Union Three.

During this stream, Lopez and Xenia will be making vareniki, a traditional Ukrainian dumpling, alongside fresh potato puree. Techno has never sounded more delicious.

Check out the Sabor De España livestream hosted by MANIAC BLVCK on Thursday, September 22 from 8-10PM PST on Insomniac TV. 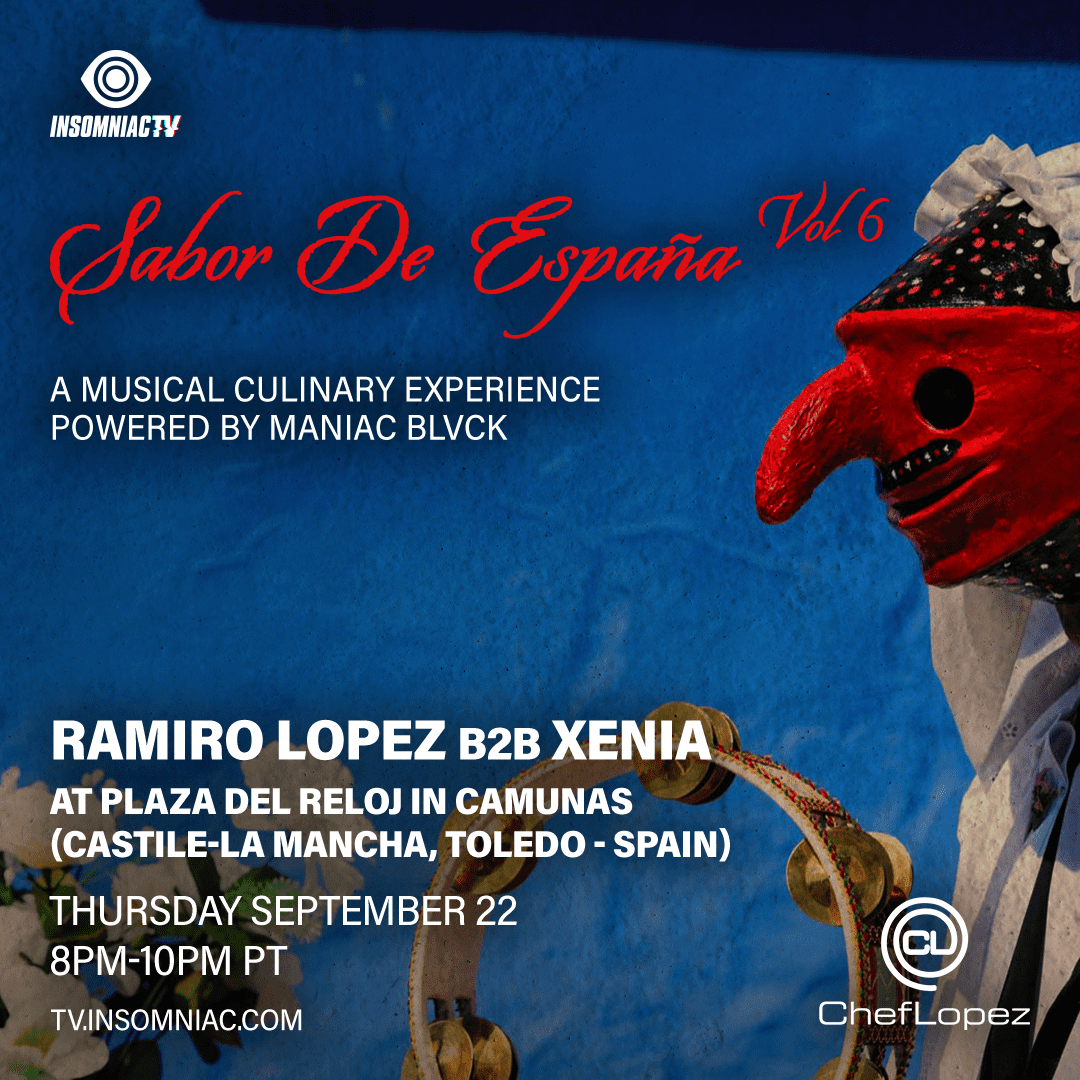