“I wanted acts that could deliver variety but with their own unique styles,” said Mat on the chosen talents. “Each of the acts that will be joining me is known for individuality and doing things on their own terms rather than just following the status quo.” – Mat

Mat was named a 2013 ‘Artist to Watch’ by MTV Clubland and VIBE. Taking in 24 dates across North America, the Damage Control Bus Tour will cover dates in New York, Miami, Los Angeles, Las Vegas, San Francisco and many more, with Zo showcasing his new Damage Control-themed visuals and exclusive tracks, edits and club mixes from the album itself.

Released on November 5th via Astralwerks in the U.S and Anjunabeats in the U.K., Damage Control represents a star of the future coming of age. The 14-track LP – which includes smashes such as “Easy” feat. Porter Robinson (a Beatport #1 hit), “Pyramid Scheme” feat Chuck D. of Public Enemy (#2 breakout on the Billboard Dance/Club Play hit) and forthcoming single “Lucid Dreams,” an innovative, sun-soaked listen that perfectly embodies Zo’s unique take on big room sounds.

EDM Maniac will be covering Mat’s appearance at Create Nightclub on November 9th. Expect our thoughts about the show and his new album soon. 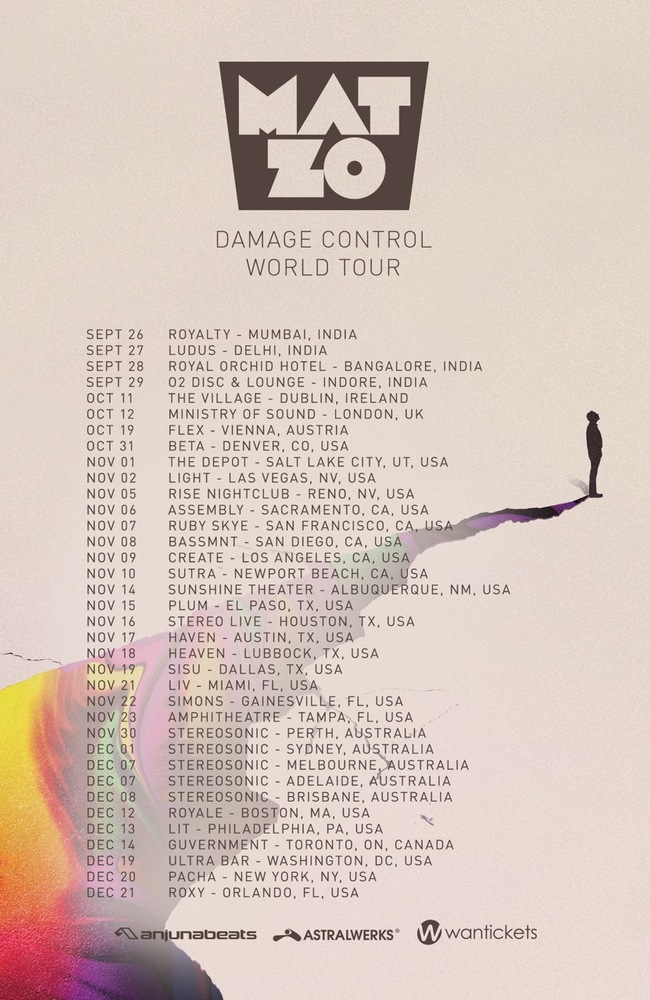