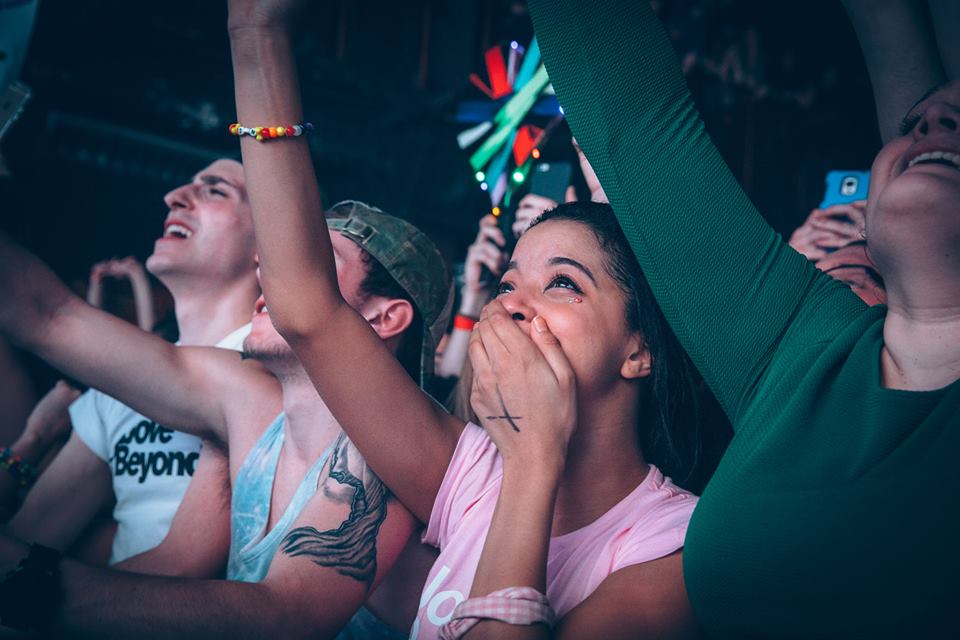 We Are All We Need: The Truth About Raving With An Injury

Have you ever seen anyone at a rave walking around with a cane? Maybe they’re rolling around in a wheelchair or are on the dance floor getting down with crutches. No matter what the circumstances may be, they are always determined to dance their asses off. This right here is 100% dedication to the music and to some extent, it extends far beyond that.

For the sake of this piece, we can refer to my disabled friend as “Sarah”, who was the main inspiration behind this piece. Sarah tore her ACL (Anterior Cruciate Ligament) which is located in the knee and had to undergo a minor surgery to get that back in line. Despite the minor setback, a torn ACL wasn’t enough to hold her back from raving and doing the most all at once. In one weekend, with her cane in hand, she went raving in Los Angeles to San Diego. She is a prime example of why this community is based on more than just music.

Let’s start with the LED massive that was recently held in San Diego. This was much like a festival massive, without the extremely long lines to get in. Sarah shows up to the parking lot and is immediately bombarded with reunion hugs from new and old friends alike. We haven’t even stepped into the venue and heard any music and this is already waterworks central. It’s much like a family reunion except everyone has already pre-gamed and is wearing kandi from head to toe. I mean, unless you pre-game and wear kandi to your family gatherings…

Sarah didn’t think twice about not attending this massive event even with her injury. In fact, she believed that by attending it would make her somewhat better, because music is what heals her soul. It turned out to to be an incredible weekend and I was there by her side every minute. The smile on her face every time her song came on made me really think about the power of music and how much being around her friends really made her feel better.

There is always one person that comes to my mind when thinking about the festival experience. “Crazy Legs Jose” is a well-known veteran raver who attends just about any event he can in his wheelchair. Not being able to walk never has stopped him from raging his heart out and coming together as one with everyone. You might remember him from the EDC documentary “Under The Electric Sky.” At one point, the people around him lift him up in his wheelchair as he soars above thousands of people. That right there is pure magic. That is what he lives for.

Even for smaller events that cap at a few hundred maybe even thousand or so people; the intimacy of such an experience surpasses the idea that someone is there just for the music. At many events you’ll see several people who, despite their disability or injuries, are there to have an amazing time. It is here you, just like me, where you can make friends who may last a lifetime. Next time you see anyone raving with an injury or disability, be sure to give them a high-five. Because just like you, for them this is more than music baby. It’s a lifestyle.