Nicole Moudaber and Factory 93 Present In The Mood DTLA

This Saturday, July 10, Factory 93 returns to Naud Street with In The Mood DTLA by Nicole Moudaber. After over a year of silence, Insomniac is determined to keep the underground in Los Angeles alive, bringing the queen of darkness herself along with a stacked lineup of house and techno stalwarts including Loco Dice, Avision, Will Clarke, and Layton Giordani.

When Insomniac launched their underground annex, Factory 93, dance music in Los Angeles was shook with the low rumble of a four-on-the-floor kick drum. In one fell swoop house and techno became a part of the conversation within the city limits of LA.

Those who are familiar with the history of raves in Los Angeles understand the gravity of hosting massive (legal) techno parties in LA proper. This a feat dozens of promoters have attempted with the authorities coming out on top every time. Even Factory 93 faced hurdles initially. The brand’s first few events were held in a legitimate warehouse deep in the industrial district, but that space was eventually closed permanently.

In the same lot as that warehouse, however, lied an open, adaptable outdoor space which harnessed the underground aesthetic Factory 93 was committed to revive. None other than the legendary Carl Cox hosted the first outdoor event here, beginning a revolution in the City of Angels. Now, Naud street has welcomed Eric Prydz, Green Velvet, Fisher, and two years of Secret Project—Factory 93’s heady dance weekender.

This Saturday will be the first time Nicole Moudaber plays a day into night journey in the outdoor Naud. Despite her nocturnal character, she has proven she can perform in any setting at any time. There’s no way she won’t deliver for Factory 93’s reentry into Los Angeles. 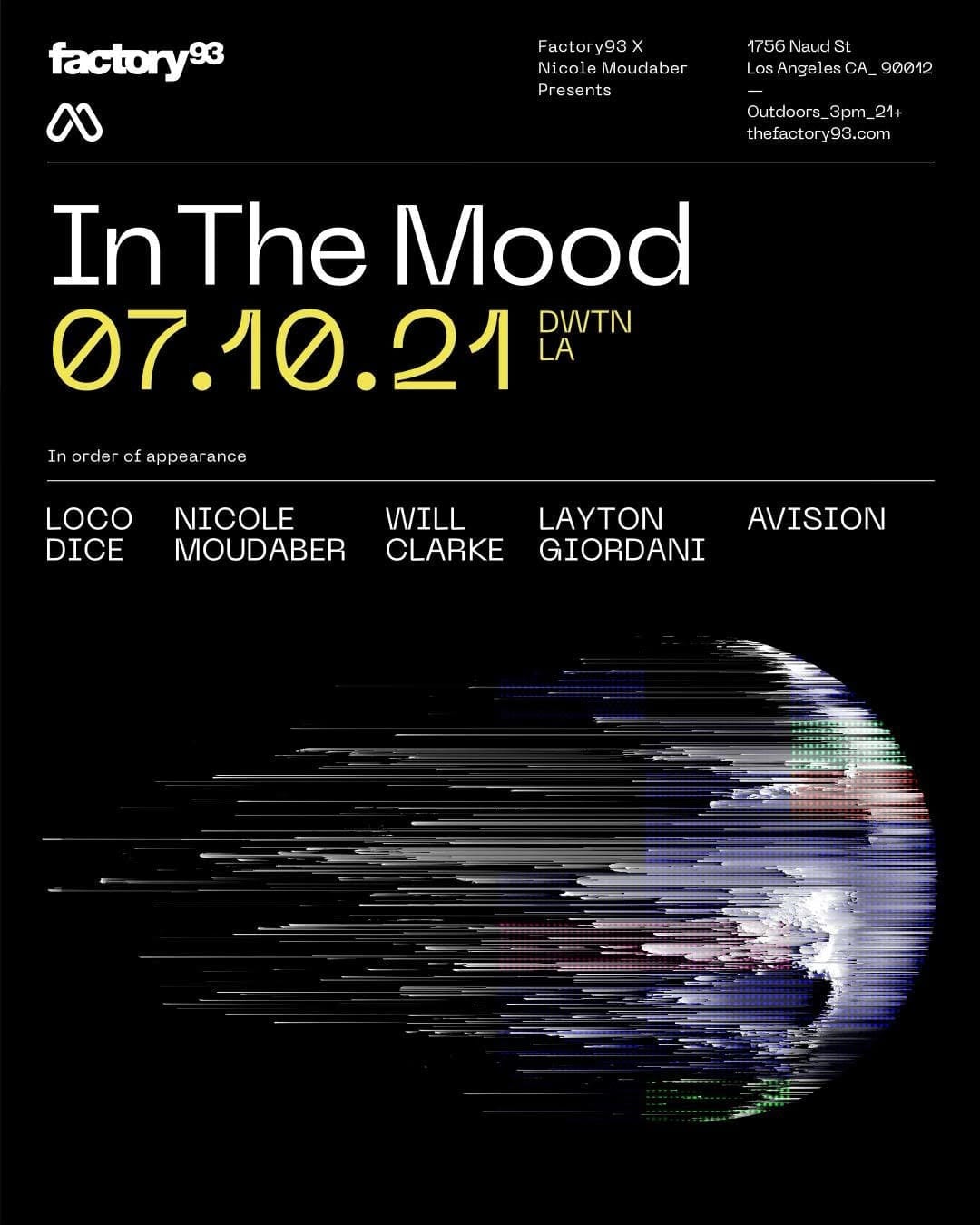 All photos provided by Factory 93