The twenty-fifth anniversary of Nocturnal Wonderland returns to Glen Helen Regional Park in Southern California this upcoming weekend. After a 2020 hiatus, America’s longest-running rave is set to run again September 18–19, 2021. This year hosts a massive lineup, improved camping and a ton of things to do and see. We’re super excited to see what Insomniac Events has in store for us! 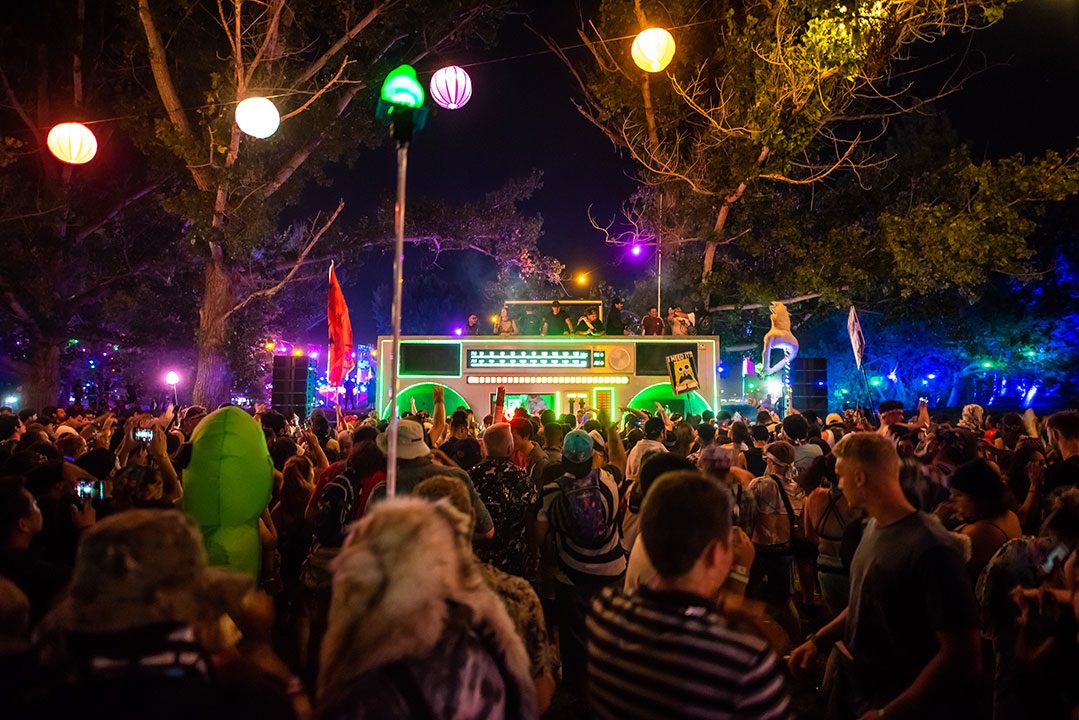 This is the special party for campers only, and happens the night before the official party starts. On Friday September 17, campers will hear music from Dr. Fresch, Jack Beats, Sian, and Dack Janiels to name a few. 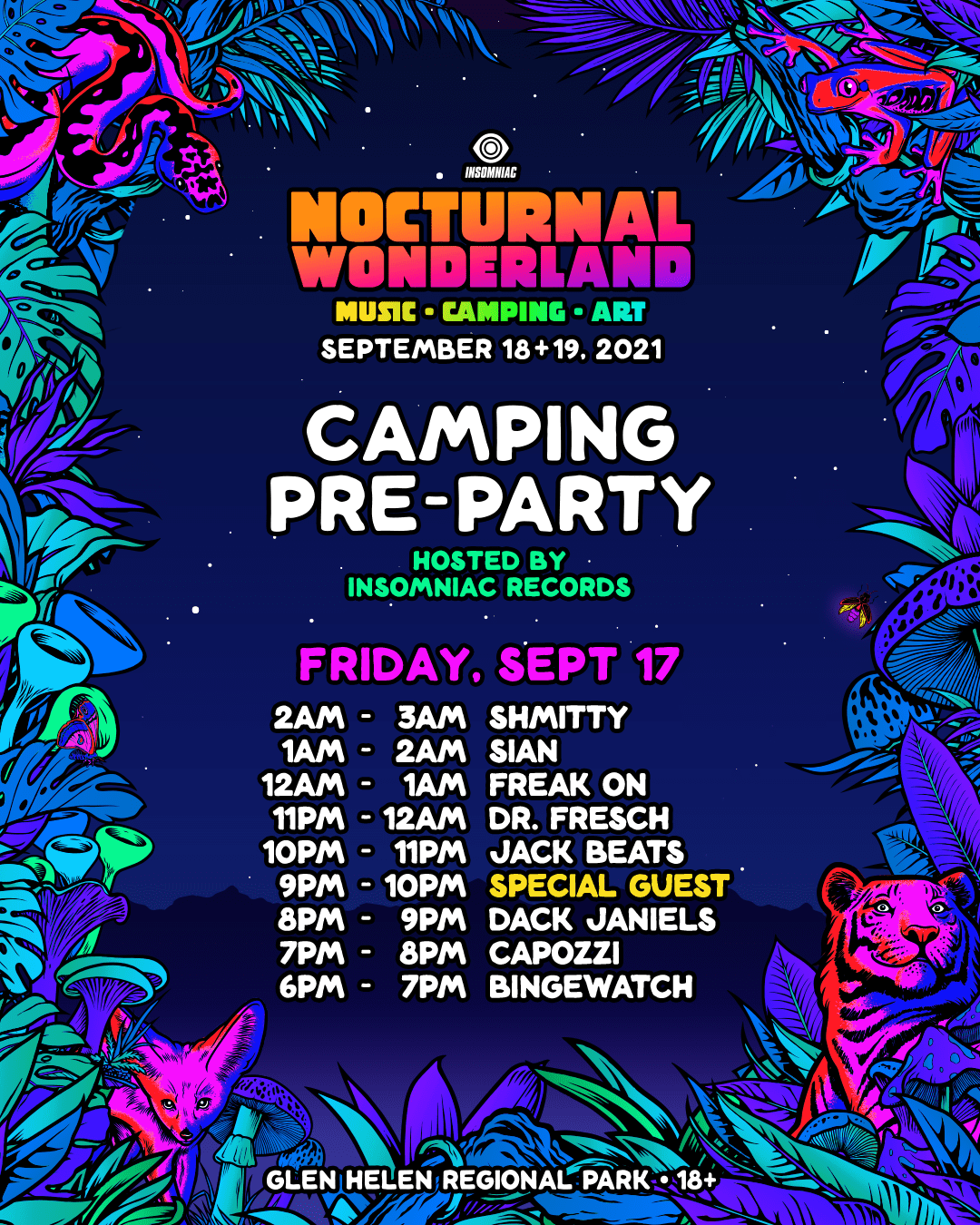 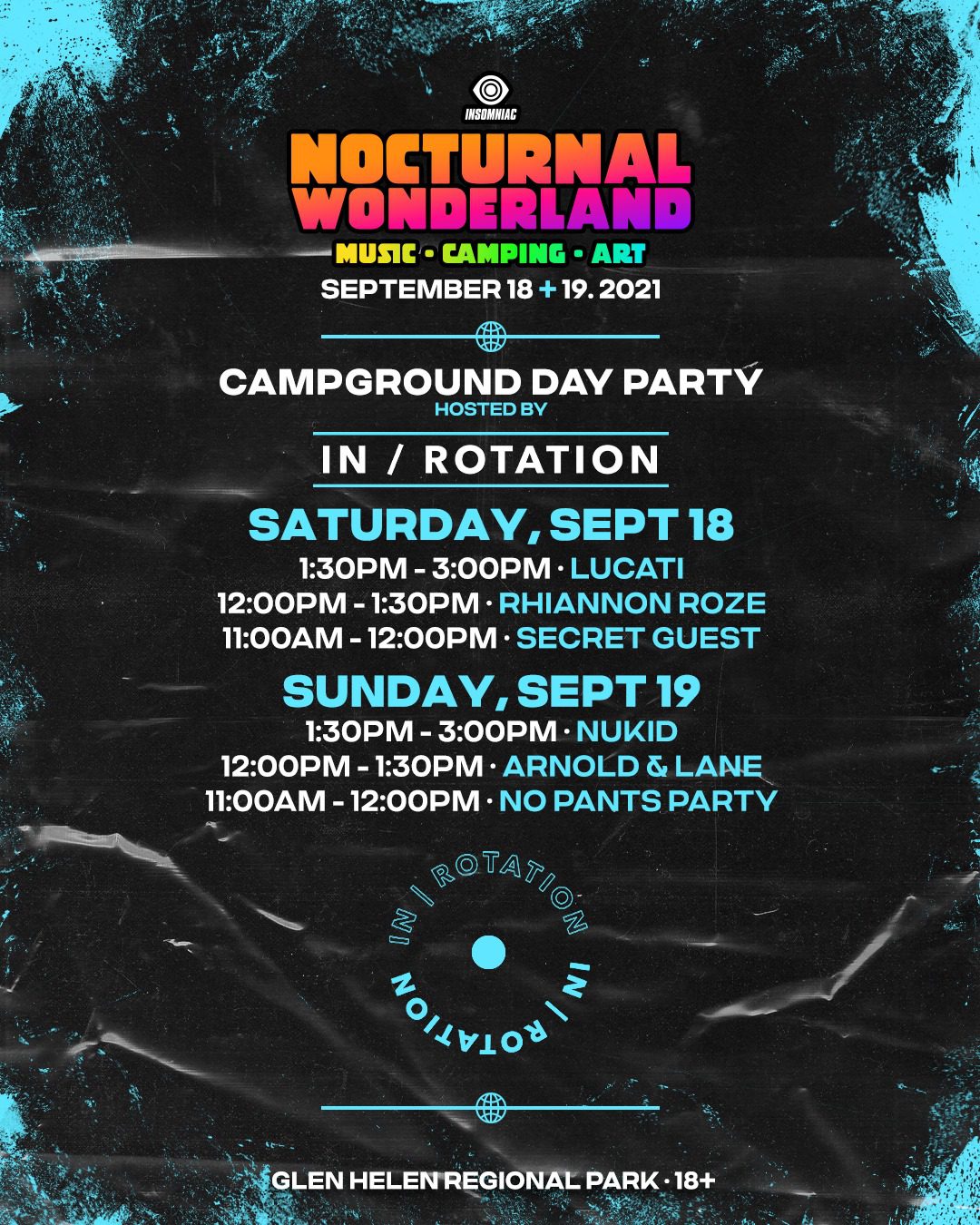 The Silent Disco is one of the coolest attractions at Nocturnal every year. Located in the campground and right next to the water, you can sit and relax or dance the night away. 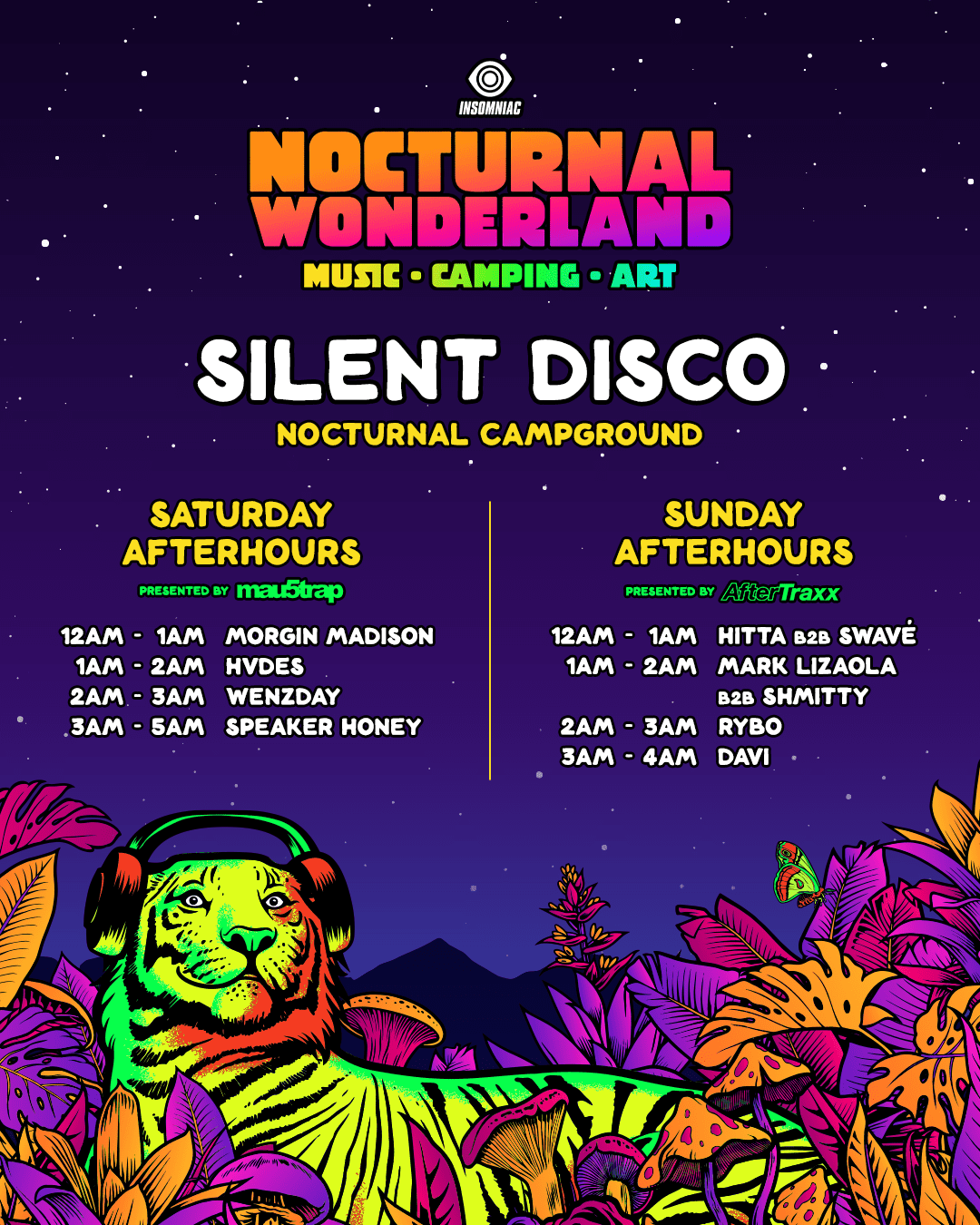 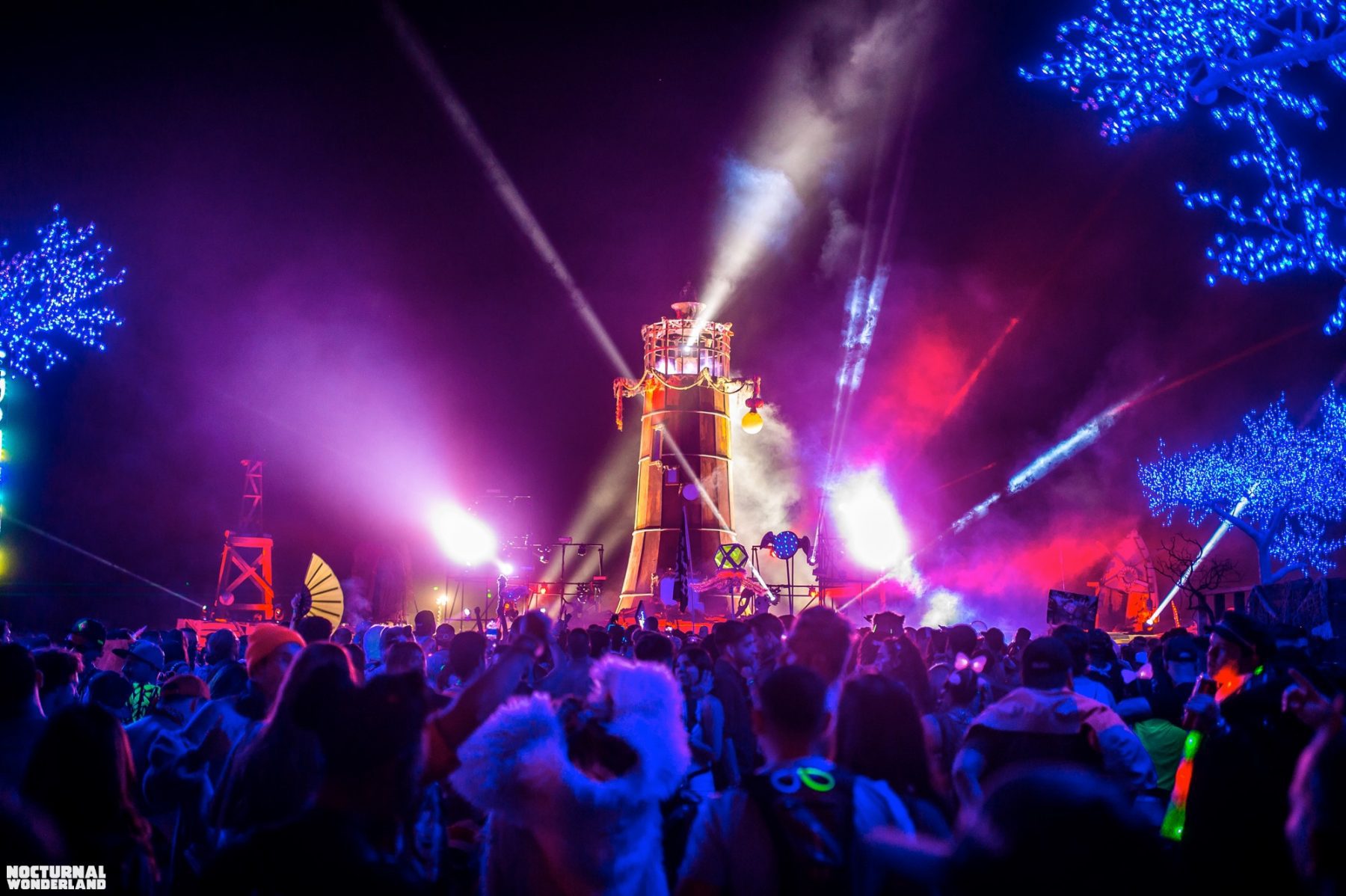 Another year of amazing artists awaits us at Nocturnal. 12th Planet, deadmau5, A-Trak, Audien, AC Slater, Malaa, Seven Lions and Claptone are some of the bigger names on the lineup. Other performances we’re excited for are Matroda, LP Giobbi, Flux Pavilion, Mikey Lion, Sacha Robotti, and Sam Divine. Some up and coming artists include JEANIE, Hvdes, Eli & Fur, and Wenzday.

Check out this year’s stellar lineup: 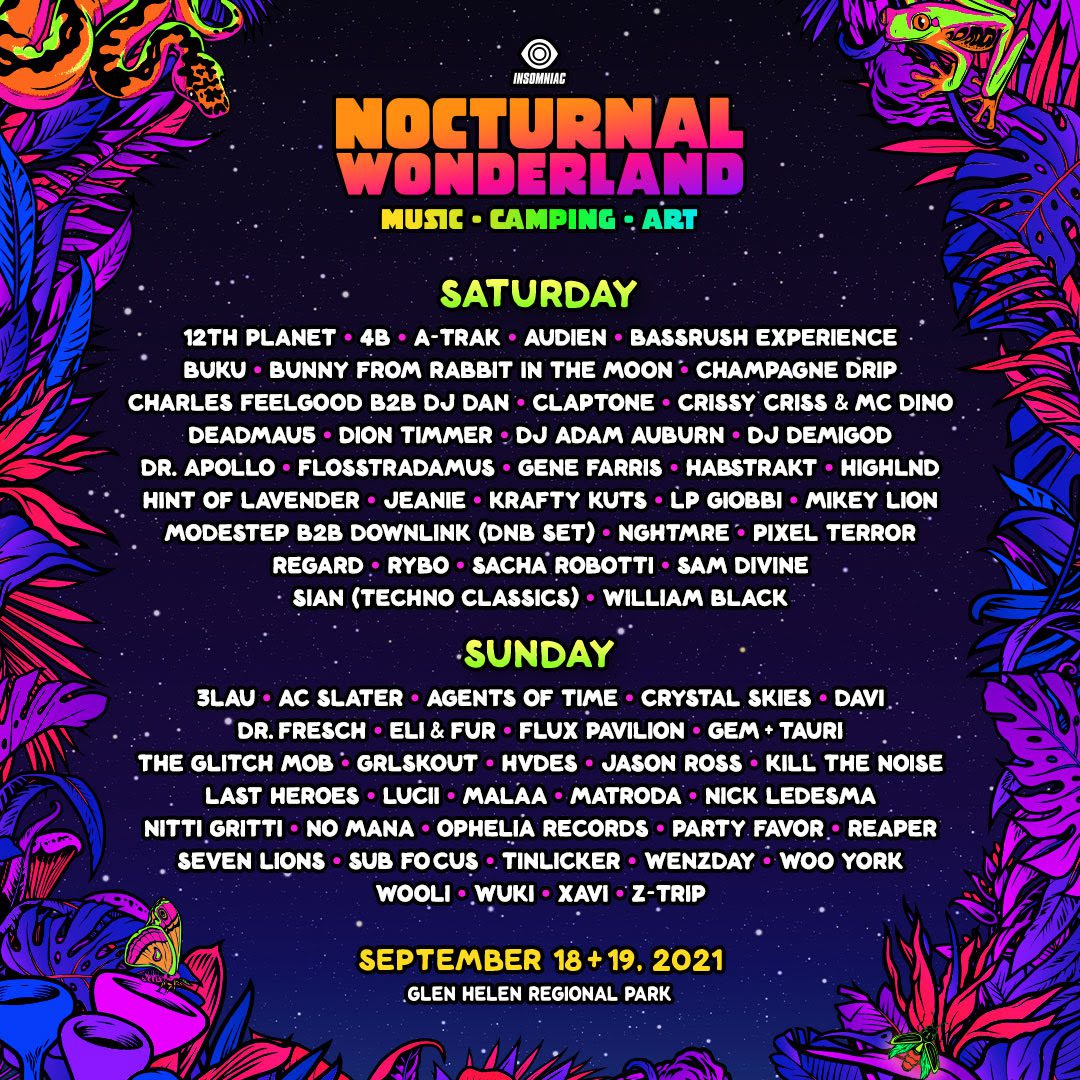 Countdown NYE Is Hitting The East Coast And The West Coast This Year!

Imagine Music Festival 2021 Has Been Cancelled