This year, Nocturnal Wonderland was set to celebrate the twenty-fifth anniversary at the iconic Glen Helen Park Regional Park in Southern California. Amidst the lockdowns due to coronavirus, Insomniac was forced to cancel the event and opted for a virtual version instead. The Virtual-Rave-A-Thon Nocturnal Wonderland was the second livestream festival hosted by Insomniac with a wildly successful turnout as fans viewed their favorite artists from the comfort of home. 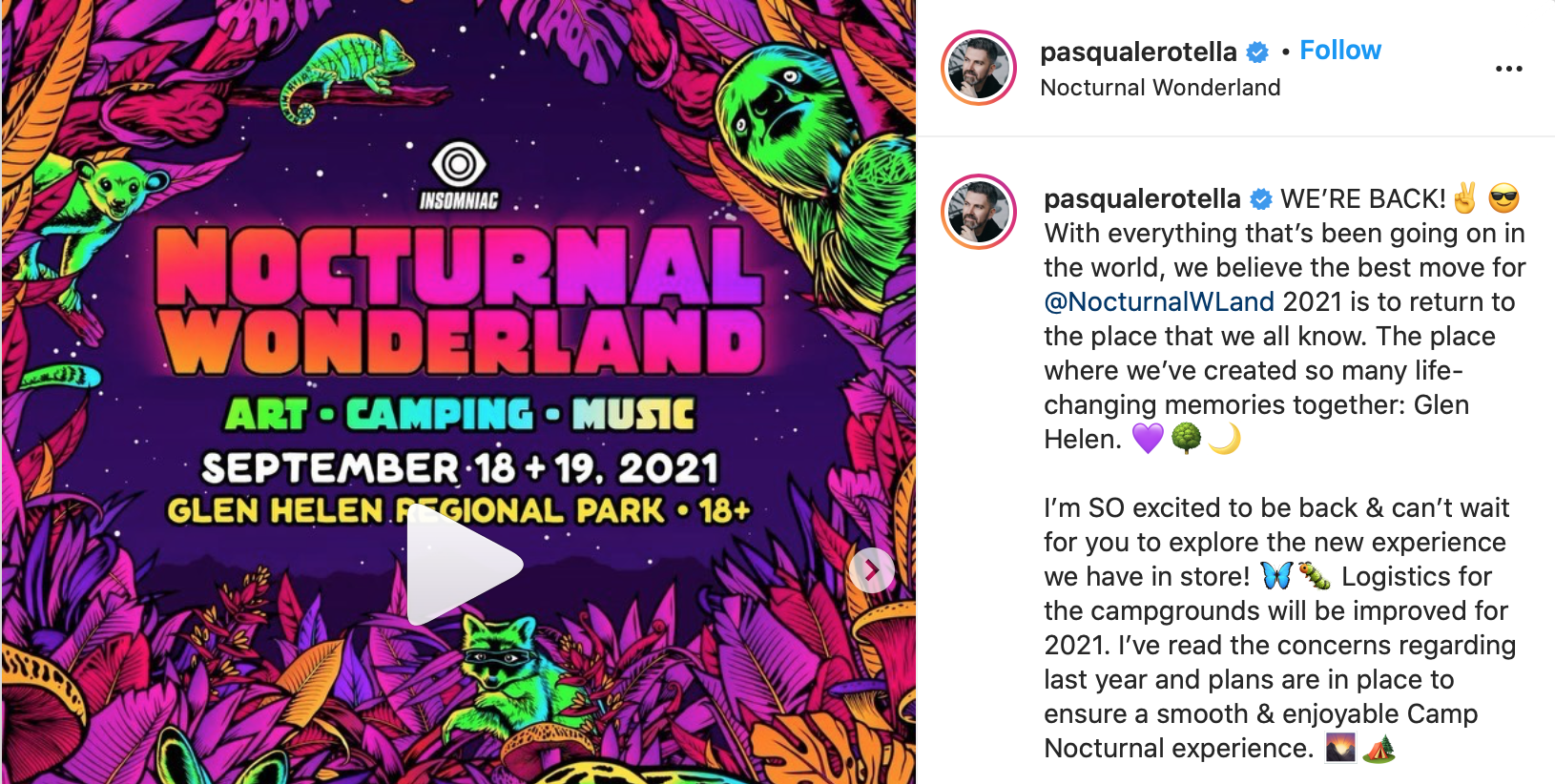 As lockdowns ease and pending vaccinations are underway, the 2021 festival season is set to return. This week, Insomniac has confirmed the official twenty-fifth anniversary edition of Nocturnal Wonderland next September 18th-19th, 2021 for a full weekend of celebrating and dancing. Along with the announcement, Insomniac CEO Pasquale Rotella hinted at exciting new releases included improved camping options.

In the meantime, hopes are high for the festivities next year and this announcement certainly gives the entire rave community a light at the end of the tunnel. Stay tuned for more announcements as the date gets closer. 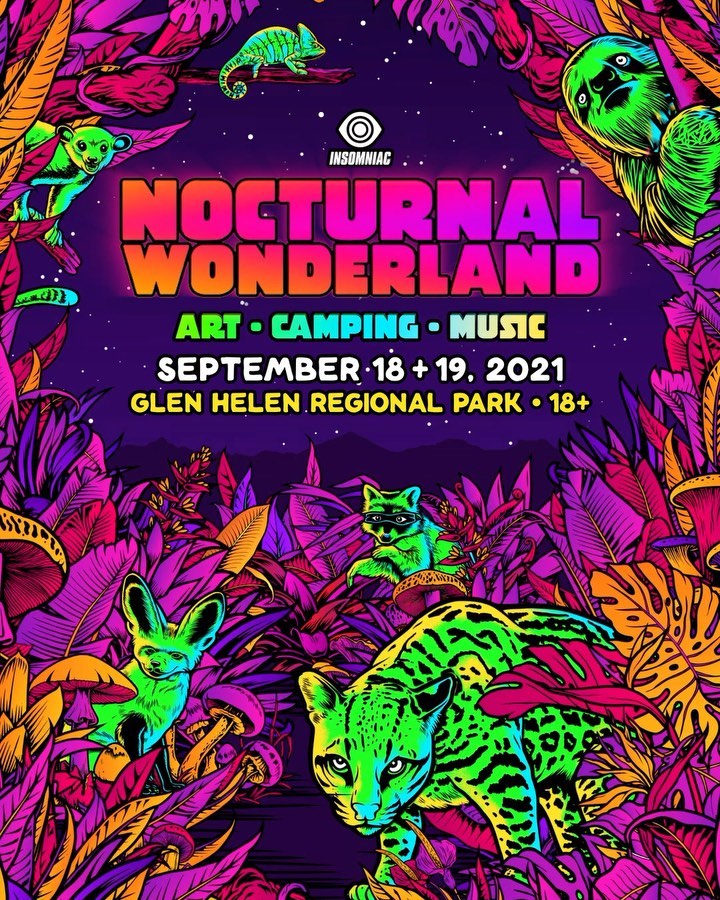 After 10 Years, Pendulum Is Back With New Music