Ocaso Festival is one of Costa Rica’s most iconic electronic music festivals and it is back January 6-9, 2023. The headliners were just announced and Solomun and Adriatique will be heading to the sun-kissed landscape of the Costa Rica coast just after the new year.

This year’s event will be the biggest yet, with all new night parties filled with jungle vines, lush flora, and even more lush music. There will also be sunset parties on the beach and a new purpose-built festival arena in the local town of Tamarindo. Ocaso prides itself as a welcoming space for all genders, sexualities, and races where freedom of expression is embraced.

This year Ocaso will host the only North American performances of German producer Solomun and hypnotic duo Adriatique before March 2023. The full artist program for Ocaso will be announced later this September.

Ocaso is a “leave no trace” event as attendees clean up the beach in Tamarindo before and after the festival. Organizers are also constantly looking for ways to reduce the carbon footprint of the festival as well as focus on water conservation and wildlife preservation. 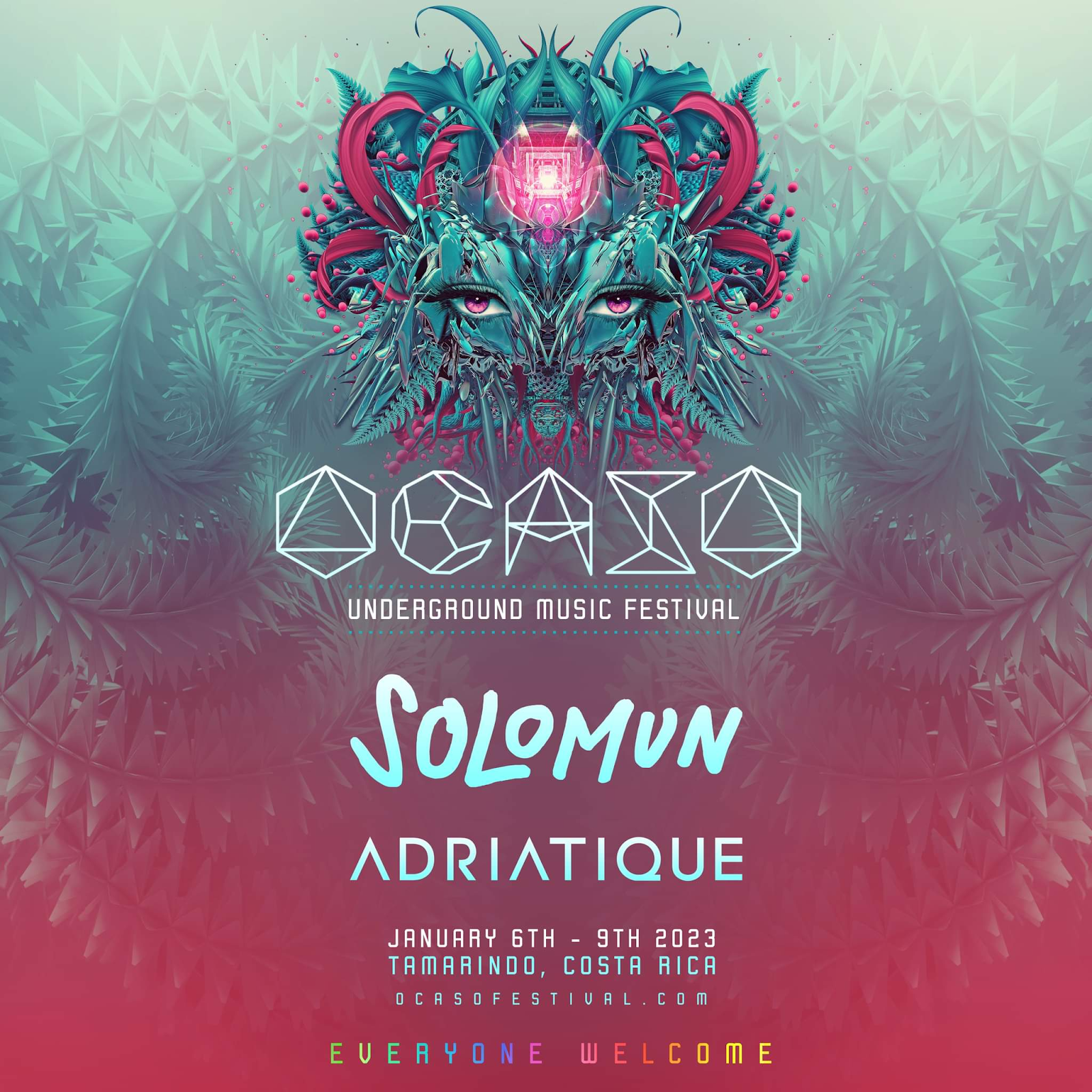 All images provided by ocasofestival via jukebox PR