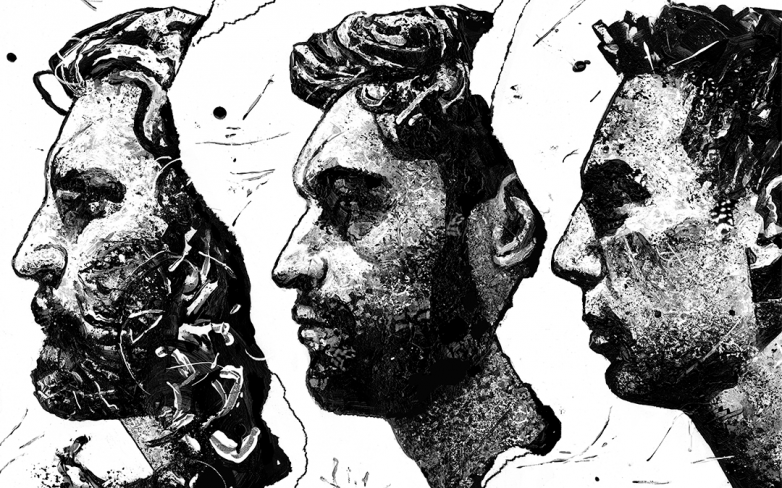 Odesza and Golden Features Team Up To Give Us “Bronson”

The trio of our dreams has joined forces on a new project. “Bronson” is the love child of Grammy-Nominated duo Odesza and Tom Swell from Platinum-selling Golden Features. Through a series of collaborations over Dropbox and FaceTime, the end result proves that exploration + experimentation = beauty.

Their self-titled debut album entails 10 tracks and 39 minutes of bliss beyond our imagination. A track list with titles in all caps immediately demands our attention and calls for urgency. The title song, “FOUNDATION,” begins with dark, ambient music to set the tone. Followed by an absolute banger, “HEART ATTACK” showcases the dreamy vocals of lau.ra and a fast-paced chorus. Then comes “BLINE,” an instrumental song with a driving melody full of life and energy. In a similar fashion to “HEART ATTACK,” the next song “KNOW ME” follows the pattern using emotional lyrics, heavenly singing by R&B singer Gallant, and soothing instrumentals. It seems that Bronson found a formula that works so well and plays around with those variations. Following “BLINE” comes an intermission-like song entitled “VAULTS” that plays with the way instruments can tell a story without words.

In “TENSE,” we get our first taste of the dark side of these producers (and that taste leaves us craving more). Afterwards, “CALL OUT” makes you want to sway along to the vocals of 2 of the producers themselves. Continuing on, “CONTACT” is a chaotic dance song with an upbeat breakdown filled with distorted sounds. The back and forth between the softness of the lyrical songs and the intensity of the synthy songs is reminiscent of the duality of life. In “KEEP MOVING,” we finally get more of the heavy, grittiness we heard in “TENSE.” With a sample of an army marching and lyrics like “don’t be afraid” and “keep going” followed by “blackout” and “do it again,” listeners get a sense of persevering through inner and outer obstacles.

In the last song “DAWN” featuring Totally Enormous Extinct Dinosaurs,” we hear angelic singing with driving instrumentals complementing in the background. A dramatic synth build up is followed by the powerful use of a cappella and silence that leave us with the euphoria, closure, and fulfillment that only Odesza can induce.

Each track is an amazing work unto itself. But as a whole, it is the story of yin and yang, of harmony and balance in a world of the unknown. It is an uplifting and introspective concoction of euphony. It is catharsis.