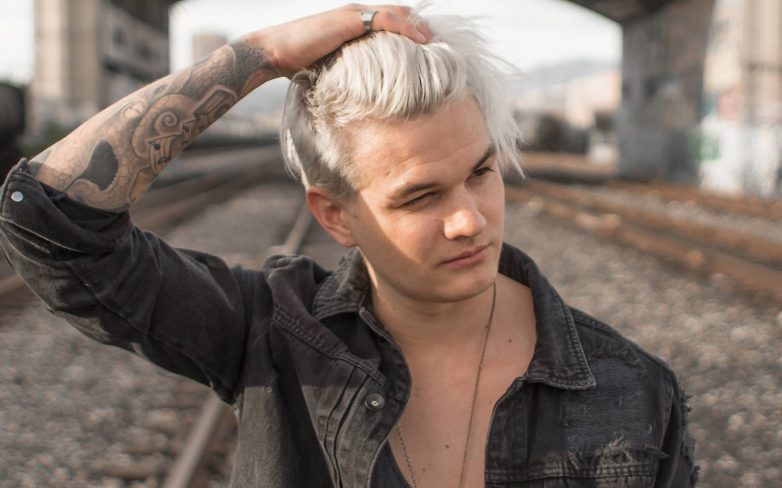 Exclusive Interview: Paris Blohm Makes His Return With “They Say”

After a major career break, house legend Paris Blohm is finally back. Since 2018, Blohm has released two singles, including one that just came out this past Friday. “They Say” was released with Thrive Music and features Wasback and Krigare. It’s the perfect come-back track and includes breathtaking vocals along with a pulsing house rhythm to get everyone off their feet. Check out our interview below and the brains behind all the music.

Hey thanks for having me, my name is Paris Blohm and I’m a Los Angeles native producer who’s been making music since 2005. I found success a little later, around 2012 and toured the world playing some of the biggest stages including EDC, TomorrowWorld, etc. I’m initially known for ‘EDM’ big-room progressive house, but it’s taking a turn now.

Music started for me because of video games, actually. Music production software looks very closely to MTV Music Generator on playstation back from 1999. I played that a lot as a kid and was hooked. When I found out you could make music on a computer, I became addicted.

I was initially known for the typical ‘EDM’ from 2011-2015, big kicks with big synths and melodies. I was initially influenced by older progressive house though, like deadmau5 and Kaskade, and even before that, a lot of melodic trance. When the scene took a change towards ‘bigger sounds’, like Alesso / Swedish House Mafia, I came out with a punch connecting melodies with those bigger kicks. As much as I liked it initially, I eventually disliked how bland the genre became, lacking any real emotion and becoming ‘who has the biggest kick’ or ‘drop’. That brings us to the next question.

I took a break for more than a year really, more like three or four years. I stopped touring heavily in late 2016, early 2017. The few songs that came out in that time, literally 1-2 a year, were just fluff. Surprisingly, they did really well. But it was more ‘big room EDM’

that I was very uninspired by. In a sense I felt like I was selling out, just making music to put out but didn’t have any connection with whatsoever. That break made me realize it’s time for me to make something else, something I feel more in tune with. I just turned 30 and my mind doesn’t gravitate towards those sounds I was making when I was 22/23.

‘They Say’ was brought to me by Wasback. The vocal caught me and he wrote some pretty powerful chords to it. I said, let’s keep it deeper. I really like what Camelphat and Eric Prydz do, so I was kind of going in that vein but with my twist. It’s been fun stripping the records back to be a little deeper. I really want to make music that vibes in a smaller room, not just main stages. I think that’s where my problem was back a few years ago. Every song I made was just another song to fit my sets, something that was BIG AND AGGRESSIVE because I just wanted people to jump as hard as they could during my set. But for me, it was obnoxious to listen to anywhere else. I want to make music that fits my personality now, so that’s where ‘They Say’ comes from!

What’s next… I just signed a pretty fun deal with my friends at Thrive Music. I’ve known them collectively for almost 10 years, and they’ve seen everything from my previous alias’ til now. I’m eager to have a team that believes in my creative direction with no boundaries, and that’s where we are now. I’m going to continue making records that I think fit my sound now!