Due to overwhelming demand and Porter Robinson’s Los Angeles State Historic Park first show already selling out, Porter has added a second day, with support for both shows coming from Jai Wolf, Toro y Moi (DJ Set), Sam Gellaitry, Wavedash, and James Ivy. Both of Porter’s Los Angeles State Historic Park shows will be directly supporting Porter’s new album, ‘Nurture’ which will encompass a brand-new live show that will feature Porter singing, playing the piano, and other digital instruments, all of which will be accompanied by amazing visual production.

Porter Robinson’s ‘Nurture’ is Porter’s second LP in the last seven years and features fan-favorite tracks ‘Look At The Sky’ ‘Mirror’ and ‘Something Comforting,’ among others. Since its release, the album quickly became #2 on Spotify’s Top U.S. Album Debuts, #1 on iTunes Electronic Albums, and #1 on Billboard’s Current Electronic Albums. The success of Porter’s sophomore album has allowed him to not only add a second day to his Los Angeles State Historic Park shows, but it has also allowed him to host his own Second Sky Festival in the Bay Area. 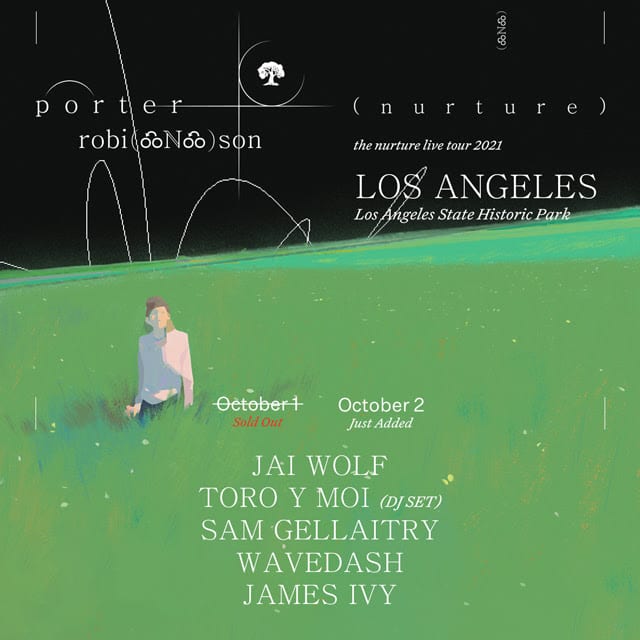 Brooklyn Mirage Will Not Require A Negative COVID-19 Test Result