The Sound of Q-Dance made its second appearance in Los Angeles, California last weekend, drawing a crowd of 4,000 hardstylers and party people to unite together under harder styles of dance music. People traveled from as far as Canada, Mexico and all over the United States to attend the festival. Since 2001 Q-Dance has been in the Netherlands and Australia. The company produces over 15 stages a year making annual appearances at legendary festivals such as Tomorrowland, Mysteryland, and joining the first ever Tomorrowworld. Q-Dance is here for the hardstylers, spreading the genre far and wide with a burning passion not found very often.

One of the first noticeable aspect of a Q-Dance event which sets them apart from most is their unique, elaborate stage designs always taking on new forms. In the past the United States has seen a giant scorpion at Tomorrowworld, an evil king with his crystal skull shooting lasers at the 2012 Electric Daisy Carnival Las Vegas, and a skeleton at the last Sound of Q-Dance Los Angeles. Upon entering the Shrine Auditorium and following the music onto the dance floor, we were instantly blown away by the production. Spreading the entire width of the building and even past the upstairs balcony the pentagon shaped light structure could not have been any bigger. Utilizing every inch they had to work with the stage featured a hexagon shaped LED wall surrounded by what looked like colorful petals changing in color with the mind melting images displayed. One of our favorite recent stage features has been the use of disco balls, and they didn’t just have one, but 8. Q-Dance rounded off the production with 6 lasers to accompany the three rows of lights running down the length of the ceiling, fire, co2 cannons, and waves of confetti raining down. 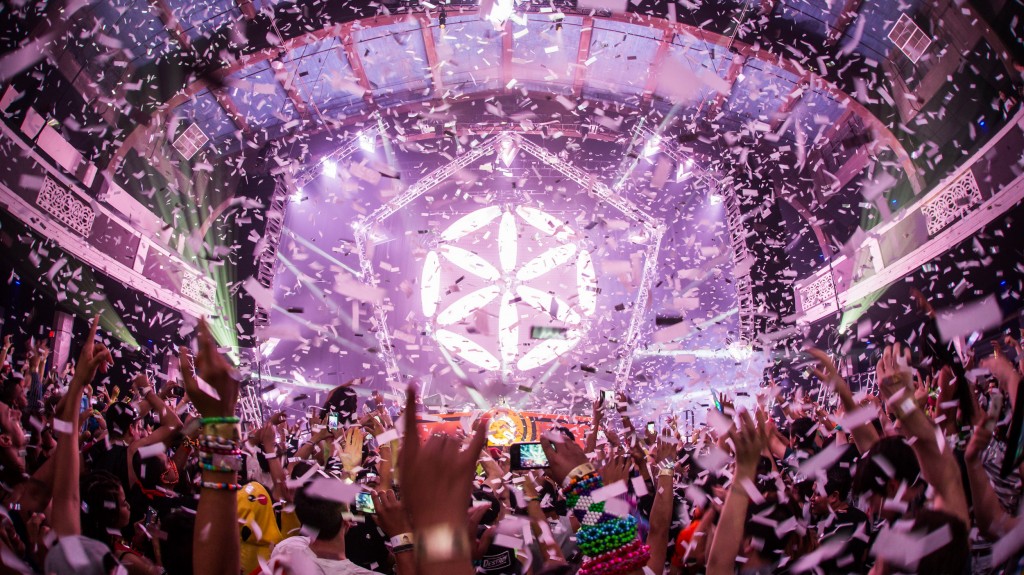 The night started off featuring three United States artists, the first being Mr. Skeleton from Santa Cruz, California, followed up by New York’s Sylence, and then of course, the Persian Diva Lady Faith of Los Angeles, California. Hardstylers filled the Shrine Auditorium quickly, with what seemed like the majority of attendees arriving right on time, not wanting to miss out on a second of hard dance. We made it in right at 8, the crowd already warmed up by Mr. Skeleton as they prepared for Sylence to come on. Everything went dark as Q-Dance’s world famous introduction began. Separating The Sound of Q-Dance from most American Festivals, they take the time to create dramatic and absolutely epic introductions for each artist, with a deep voiced announcer depicting the dark hard beats the DJ is about to destroy us with, accompanied by an amazing light spectacle showing off the capabilities of the stage.

Lady Faith ended the night for United States DJ’s, and Wildstylez came on kicking off the rest of the night for Netherlands’ producers. He opened his set with his new widely controversial track which Deadmau5 claimed as stolen, and the crowd went absolutely wild. Each act was accompanied by MC Villain, adding to the uniqueness of Q-Dance by hyping and interacting with the crowd making the experience that much more special and memorable. Reminding of who we came with, and love, uniting all under the harder styles of dance. We are the Q-S-A!

Energy never slowed down for a moment, from 7 PM until 2 AM hardstylers were on their feet clapping, dancing, and singing along to Brennan Heart, Frontliner, and the God Father of Hardstlye who closed out the evening, The Prophet. While wandering the show one thing that truly stood out to us was the fan base. Never have we seen so many Q-Dance T-shirts, Kandi, even fully customized light displays and suits in one place, signifying the true love fans have for hardstyle. No other company has dedicated such blood, sweat, and effort to further a genre’s reach across the world. Their dedication to hardstyle is unparalleled, proven by the 4,000 strong that showed up at the Shrine Auditorium last weekend in full support. 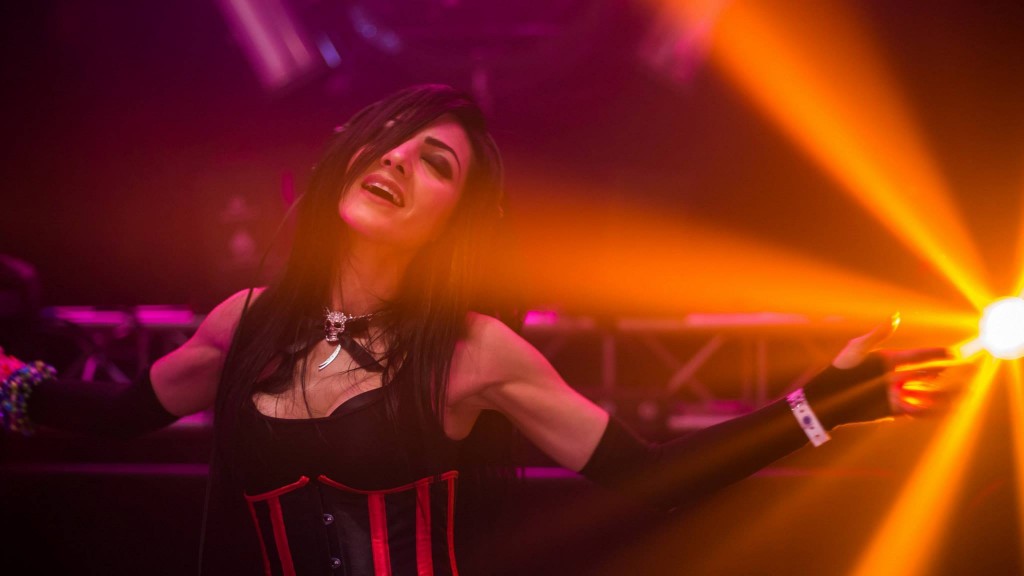 The final act approached and MC Villain got on the Mic, announcing the creator and Godfather of hardstyle, the man who was making mixes while most of us were still in diapers, the one and only, The Prophet. It’s not very often we are blessed with hearing the sounds from the creator of an entire genre, and we were all ears as The Prophet dropped several new tracks from his upcoming debut album, amazing old-school hardstyle, and even some hardcore at the end of his set wrapping up an absolutely unforgettable night. 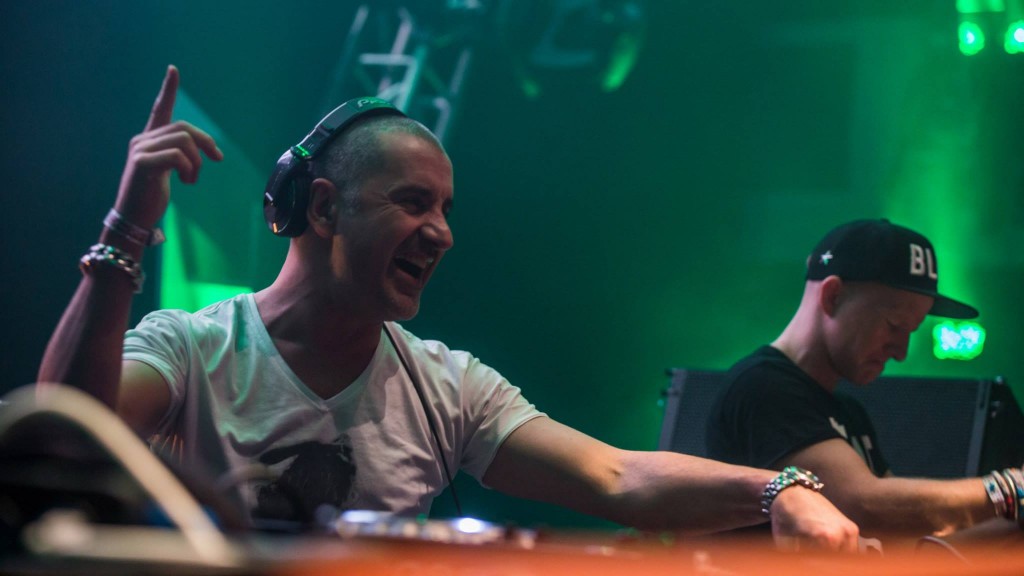 The Sound of Q-Dance Los Angeles 2 was in many ways perfection, demonstrating the European Hard Dance company’s next level event production style and their stake in the hardstyle game in the USA. Many aspects of this show separate it and put it above most other current single stage shows. Their ability to create massive, unique stages never seen before for every event, taking crowd interaction to another level with MC Villain’s expert hype skills, and the unity of an extremely loyal and proud fan base. Q-Dance is constantly striving for the bigger, better, and harder setting themselves apart from most events while building their new home in Los Angeles. Over the next several years this event will become a historical and legendary part of the North America hardstyle community, you won’t want to miss out. We guarantee it.