Raving from Your Car: A Review of Insomniac’s Park ‘N Rave

There’s nothing else like the feeling of walking into a festival–or in this case, driving. After a 5-hour long drive from Los Angeles to Chandler, Arizona, I got butterflies in my stomach as I approached my first show since February. Just like any other show, I was pumped; but this show would be different, and that’s what made it so exciting. It was Insomniac’s Park ‘N Rave, an electronic dance music concert series catered to the conditions of the current pandemic. Here’s what I thought of last weekend’s giant tailgate party held at the Wild Horse Pass Motorsports Park. 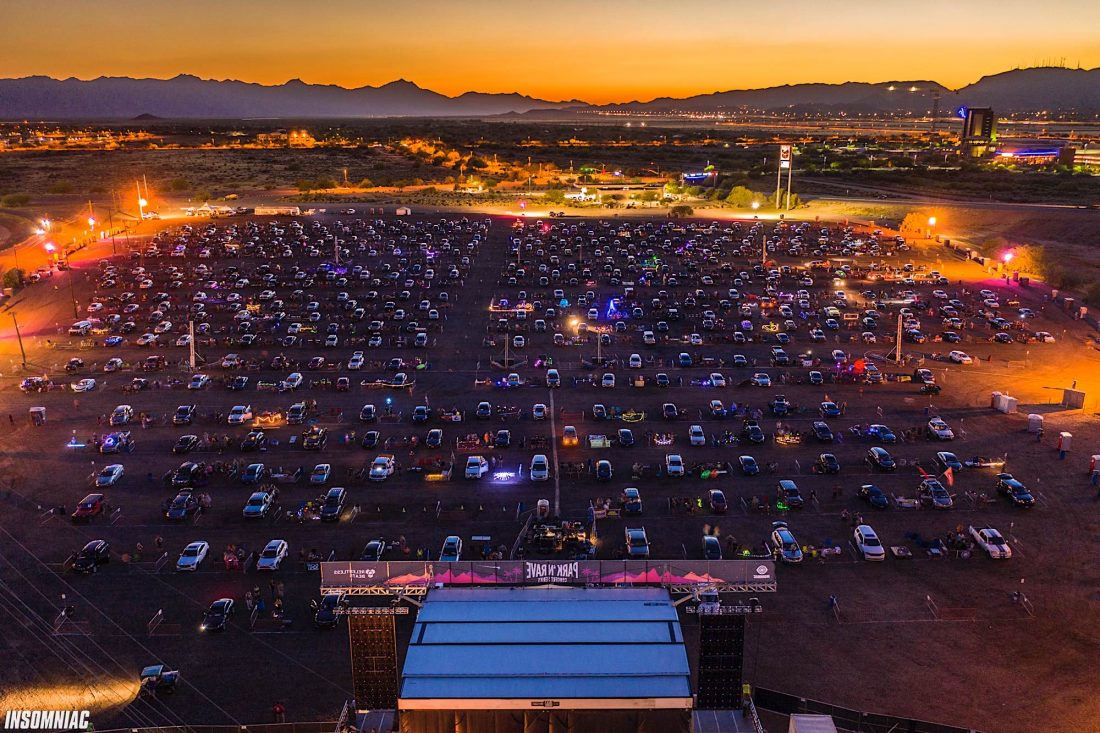 All in all, the new reality of raves, though different, wasn’t so bad. In fact, it was just as fun and fulfilling. It was worth the drive, and I would definitely do it again.

Anjunabeats' Spencer Brown Comes Out As Gay In Heartfelt Post