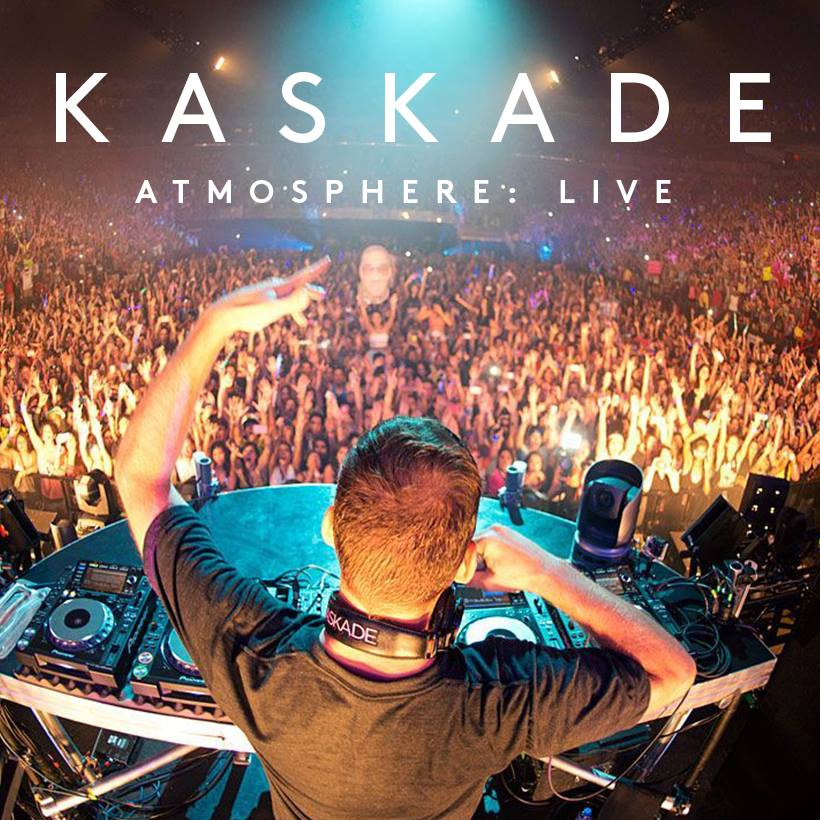 Today Kaskade invited us to relive the entire experience. Announced this morning, Kaskade will release a six part video series of the entire tour to be released over the next few weeks. There will be footage from each city, and the soundtrack will be a portion of the set from Los Angeles which he released for free today.

This is my “Thank you” to the people who made it work. My audience: the ones who showed up as well as the ones who couldn’t make it. These nights changed my life and these are my scrapbooks to look and listen back on this tour, Atmosphere.

Kaskade continues to be a shining example of EDM’s most influential DJs/producers that exemplify a deep connection both to the music and culture. You can relive the Atmosphere tour below with his live set from Los Angeles, and part 1 of the video series “Atmosphere Live.” We’ll update you as Kaskade continues to release addition parts of the series.

There’s something to be said about the emotions and feelings a part of the experience at a show. To be able to relive it through live sets and video is something else. Thank you Kaskade for letting us relive and never forget Atmosphere. We’ll “let the music speak.”

“We are the Twitter-trained, status-update ready, Instagram cosmopolite. If you are anything like me, I’m guessing you can listen to music for hours, but not have the same stamina for watching a screen. I get it. So I’ve adapted how I want to present my audio and visual souvenir of our time together in the Atmosphere.
Today on Soundcloud I’m releasing my live set from the Atmosphere show in Los Angeles on October 19, 2013 at The Shrine. It is uncut and unedited. From start to finish you can hear what went down, including those moments when my audience’s collective voice rivals the massive sound system.
I like it loud. I like you loud.

There were multiple cameras at every show, some in your face and others behind the scenes. We caught you posing for the camera and listening to the music speak. Every show had stand out moments that couldn’t be touched. We captured them. American Airlines Arena in Miami, Barclays Center in New York, Navy Pier in Chicago and The Shrine in Los Angeles, you guys brought it. There were over 50 thousand people collectively that experienced this show, and probably several million ways we could have put this story together. But here’s how it will go.

I’m cutting the video up into six parts that will be released over the next few weeks. There is footage from all of the shows in each video. But the soundtrack for each video is a portion of the set I released today on Soundcloud. If you were there, at any show, you will recognize your night.

This is my “Thank you” to the people who made it work. My audience: the ones who showed up as well as the ones who couldn’t make it. These nights changed my life and these are my scrapbooks to look and listen back on this tour, Atmosphere.

06.  Kaskade vs. Deniz Koyu – Fire In Your New Rage (Kaskade’s Atmosphere Mash Up)

18.  Kaskade vs. Bingo Players & Ken Loi – Missing You Out Of My Mind (Kaskade’s Outsidelands Mash Up)

19.  Kaskade & Zip Zip Through The Night vs. Moguai – Something Something Champs (Kaskade’s Atmosphere Mash Up)

21.  Kaskade vs. Florian Picasso – Everything Artefact (Kaskade’s Atmosphere Mash Up)

24.  Kaskade & Tiesto vs. Paris & Simo – Only You Tundra (Kaskade’s Atmosphere Mash Up)

27.  Kaskade vs. Arty & Audien – Together We Are Dynasty (Kaskade’s Paradiso Mash Up)

31.  Kaskade vs. Martin Garrix – Turn It Down Animals (Kaskade’s Paradiso Mash Up)