What more could you expect from combination of the world’s largest nightclub and ULTRA WORLDWIDE’S underground brand RESISTANCE? For the past two years, the brand has kept its sacred promise to bring mind boggling production to the White Isle, and it has yet to disappoint. Holding true to its house and techno roots, RESISTANCE IBIZA creates a place where “ground-breaking production, pumping dancefloors, and bone-rattling music” are the rule. [Ibiza Spotlight] 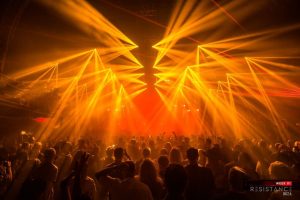 From 23 July – 17 September, get ready to be rocked by RESISTANCE on Tuesdays on the island for another 9 weeks. The winner of this year’s Best Ibiza Night by the DJ Awards, RESISTANCE IBIZA was “the force that unite[d] the island week in, week out, drawing industry heads and techno lovers in their numbers to play witness to the stellar line-ups, that [were], quite simply phenomenal” [Essential Ibiza]. 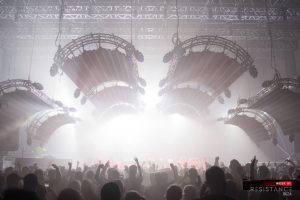 Beyer & Cox are set to perform four times each, so be sure not to miss em’. Cox will celebrate his birthday with us at Privilege on July 30th, and will return August 20th and September 3rd. Beyer’s sweet sound can be heard resonating through the halls at the opening party on July 23rd, August 6th, and August 27th. For a double wammy, join us on September 17th, when both electronic kings will be making an appearance.

As if this news wasn’t enough, RESISTANCE has plans to take over Australia in February, and make its return to Ultra South Africa right after. You also don’t wanna miss RESISTANCE’S brand new WE ARE FSTVL stage in London in May, the perfect way to start your electronic summer. With even grander plans for the coming year, expect another season of “proper festival line-ups and outstanding staging.” [Data Transmission]