RL Grime is the king of Halloween with his annual Halloween mix, but this year he’s adding one more treat that’s bound to include a few tricks as well. On October 27, at The Kia Forum in Los Angeles, RL Grime will host a brand new event entitled Halloween: Dead Space.

The news dropped in a teaser video on Twitter. The video begins with a ‘War Of The Worlds’ style shot of The Forum hinting at something ominous to come. Then suddenly the venue is hit with a beam of light, similar to an alien tractor beam. The circular area begins to spin and lifts off into the sky like a UFO while onlookers point and event details flash along the screen.

Artist support details have not yet been revealed, but the caliber is sure to be high having previously brought out guests like Juelz, JAWNS, and Boys Noize.

RL Grime debuted a live Halloween show in 2021 called Halloween X at the Hollywood Palladium. He’s a pioneer in trap and known for his hard hitting tracks like “Formula“, as well as melodic pieces like “I Wanna Know”, and popular songs like “UCLA“. 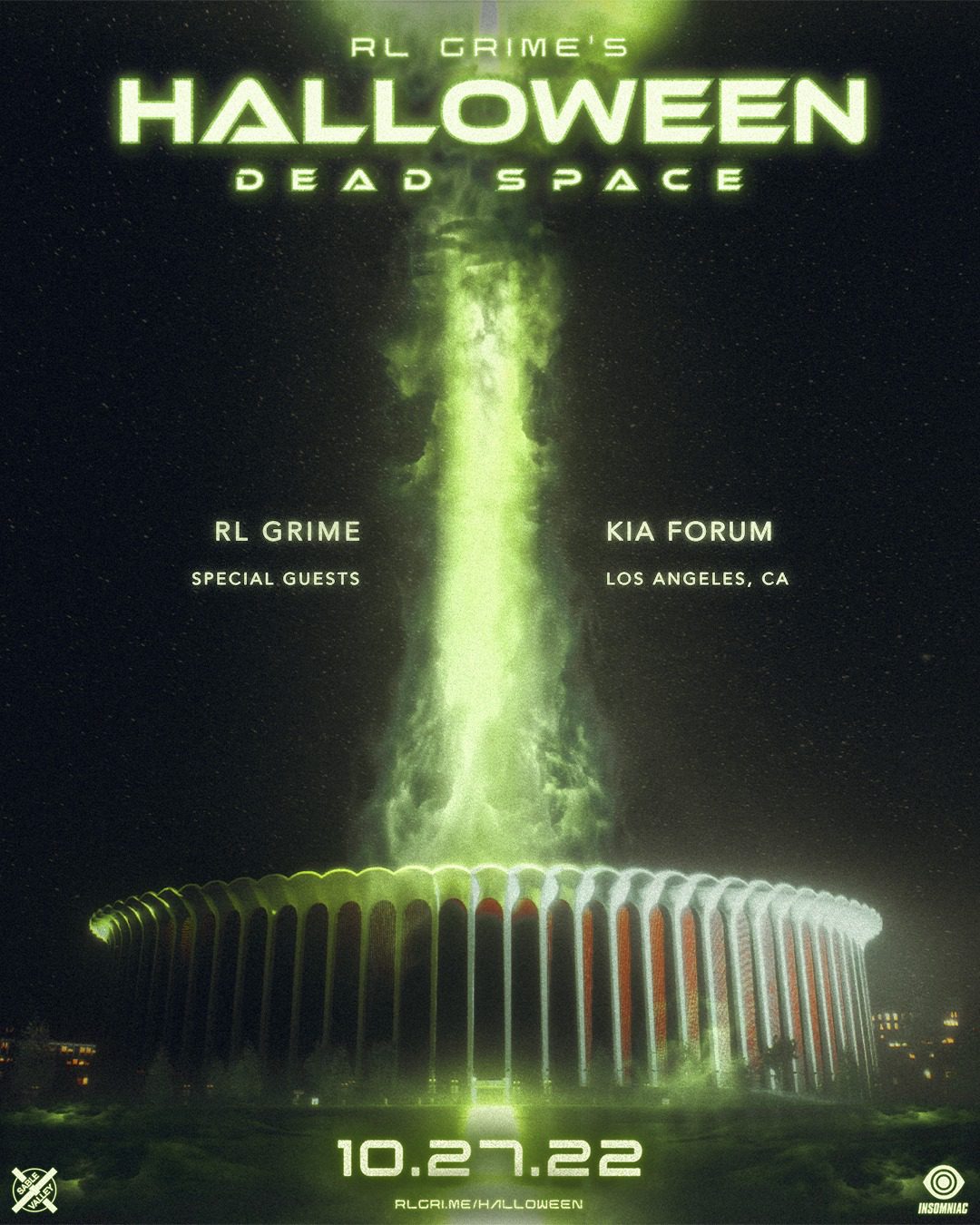 The Beams, The New London Club Announces Lineups For October