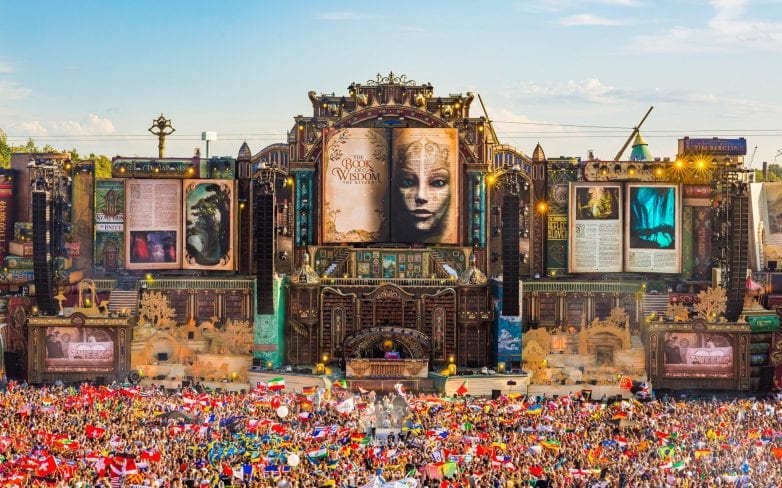 It’s that time of year! December is known as the season of the giving and it looks like Tomorrowland is doing just that. Today, Tomorrowland’s social media channels turned a mysterious black, and that has led us to believe that some sort of announcement is near.

Usually, when social pages do this it’s to drum up attention and hype for something to come, and we believe Tomorrowland has something up their sleeves. This time of year is typically when the mega-festival announces the theme for next year’s summer edition, so it could mean the announcement of the theme for 2020 is imminent.

For the first time, Tomorrowland has even taken it a step further and updated its website with a simple black page. This is something they haven’t done before. However, many people on Facebook were quick to analyze the page and uncovered something hidden within the website’s HTML code:

A simple message that is put on there for anyone who’s smart enough to look. After a quick Google search, the exact coordinates of the Great Pyramid of Giza are 29.9792458°N which is exactly the same as the speed of light which travels at 299,792,458 meters per second.

Space. Pyramids. Tomorrowland is trying to tell us something about these two things.

Lastly, last year on the main stage at Tomorrowland there was a book on the stage that said “20: Pyramids in Space.” Many were quick to believe that this was the theme for 2020. The pieces are slowly coming together, and something tells us we might soon find out what this is all about…