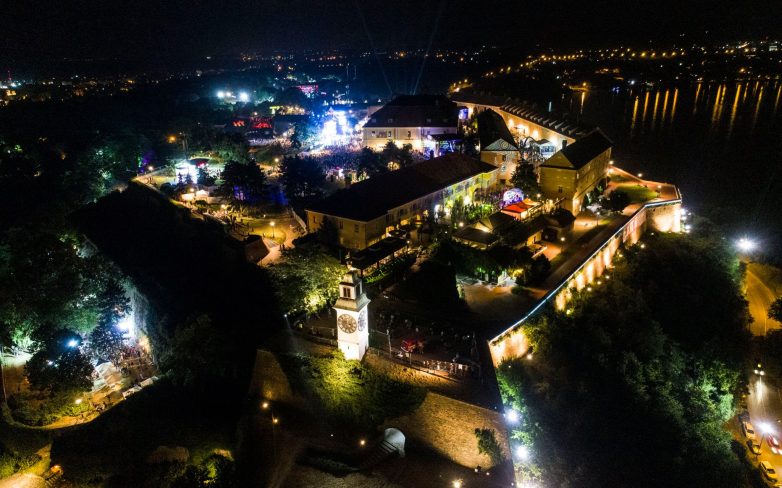 Some good news for your Friday: unlike many festivals that have been cancelled for this season altogether, the award-winning EXIT Music Festival is moving forward with the event. The festival, which takes place in the Petrovaradin Fortress in Novi Sad, Serbia every summer, is one of the first in Europe that has been approved to carry on, with some changes in place, of course.

First of all, Prime Minister Ana Brnabic has proposed that the festival be pushed from it’s usual July date to August 13-16. With health experts and the National Crisis team expecting health conditions to be under control by the end of summer, the 20th anniversary will continue on a smaller scale. In addition, instead of its usual 1000 artists and 40 stages, the festival will reduce its capacity and take precautionary measures to keep all staff and attendees safe. An update on the lineup will be announced soon, but they previously had artists such as David Guetta, Zhu, Fatboy Slim, Tyga, and DJ Snake on the roster.

Festival organizers are excited that the festival can bring not only joy to the festival-goers who need their relief, but also to help the economy financially and socially. Through it all, EXIT’s mission of social activism remains strong. Started as a student movement for democracy and freedom, the festival will launch its newest project called “Life Stream.” In order to raise awareness of social issues after the pandemic, planners will display footage with quotes and information from scientific sources on climate crisis and health. By combining the powers of community, music, and social responsibility into one, EXIT promises another uplifting and unforgettable event in a time that we need it most.