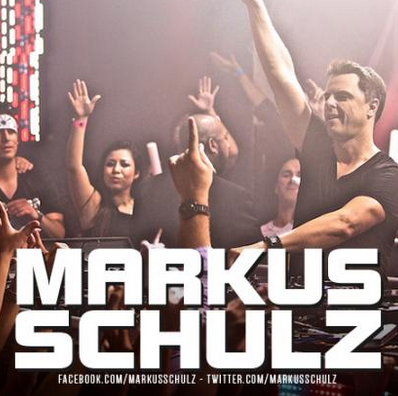 Approaching SUTRA we were greeted by a crowd, which was anxiously awaiting to get inside. From the outside its safe to say that some of the die-hard fans came from quite a distance to grace a bit of musical genius even if it was only for a few short hours, something that not just any regular fan would do. The intimate vibe that the shows at Sutra bring (compared to larger festival like atmospheres) is that you get up in close with the acts and at most times are even given a first listen exclusive track from an upcoming project or album. Even getting a picture or autograph is easier to obtain depending on how the artist is feeling after a show. It might not be the most spacious venue in the world but for the crowd capacity accommodations most can say your much closer to the artist an you would be at lets say a festival.

Once inside the place was PACKED. It was mind-blowing how there was still a few more hours left before Markus Schulz graced the stage but with a welcoming and energetic opener who warmed up the crowd with a mix of trance, progressive trance, and an occasional psy-trance track, you would think that the unicorn slayer himself was coming out at any minute.

By midnight the time that we had all waited for arrived: the unicorn slayer was here to slay and deliver what he does best. Without a minute to spare once the beat started it did not stop until the club was set to close along with everyone dancing in the room. Something that has helped Markus Schulz reach the position he is in is by his musical creations, which touch you in a way not just any regular trance artist can; hitting the emotions by either an euphoric beat or just a lyric that can bring that one memory back; think “Rain Down Down” featuring Seri’s angelic vocals (one of my personal favorites).

Progressively transitioning without a hitch from hit to hit, Markus Schulz turned up the heat in the club. At times we all felt like the heater was on but in reality it was the energy and body heat from the crowd that heated up the club and fast. Moments when he dropped hits like “Remember This” and “Nothing Without Me” the crowd sung in unison over the loud music making you would think they were part of the original recording.  Looking into the crowd you could see that the smiles and sweaty faces from the patrons; stating that this was one of those shows that you had to be there to experience, the CO2 canons shooting into the crowd every so often to try to “cool down” the room. Even with that it wasn’t going to slow anyone down not especially Markus; you could see that he knew his fans were here and that they had come out on a Thursday night out of all nights. He was determined to give them what they wanted and so much more. At one point I clearly heard Jennifer Renee’s vocals from “Not The Same” being used as a transitional track, another highlight of the night that stood out to me.

I must mention though that there was a point in the night where I asked a female standing in the room “if she was having a good time?” To my surprise her response was “Um I don’t know who he is. Who is he? I don’t even listen to this kind of music”. This alone is one of many people who I personally think are part of that few percentage of people who go to shows like this one because they think it’s the ‘in’ thing to do. I mean it happens however a Markus Schulz show was not really the place I would have expected it, then again there’s the saying ‘expect the unexpected’.

Nonetheless the night was everything we could have imagined and so much more. By the time 2 am came around the crowd was beyond energized and did not want the night to end, going back to the point that Markus Schulz the one and only ‘unicorn slayer’ came, slayed, and delivered. As always we must extend a huge thank you to Markus Schulz for the amazing night, Sutra for hosting the event, and Markus’s team for granting us some one on one time with Markus. We await and see what the unicorn slayer brings to the table in 2014, including his new album Scream 2!