As we’re all settling into our new daily routines, trying to find new ways to pass the time can be exhausting. Music festival companies are trying to help concert-goers by giving them sets to listen to from the comfort of their home as festival season is now canceled until further notice. Just as Insomniac is releasing sets for viewers, Ultra Music Festival wants to hop on board.

Recently, Ultra Music Festival in Miami was unfortunately postponed and concertgoers were heartbroken. Now, they’ve announced Ultra Virtual Audio Festival, a concert experience hosted by SiriusXM. This will be available starting tomorrow March 20th and will go until March 23rd on SiriusXM’s Diplo’s Revolution channel 52. Listeners are able to catch artists that they will so devastatingly miss like Armin Van Buuren, Martin Garrix, Above & Beyond, Major Lazer, and more. They will also replay some old classic performances from Zedd, Marshmello, and The ChainSmokers.

Look below for set times. For more information, click here. 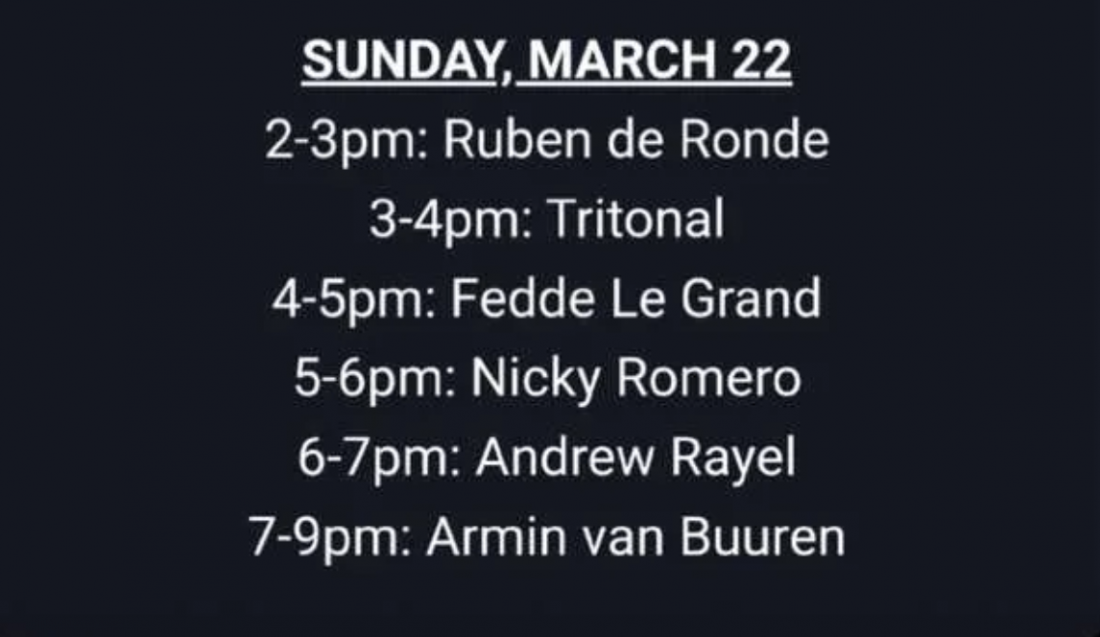