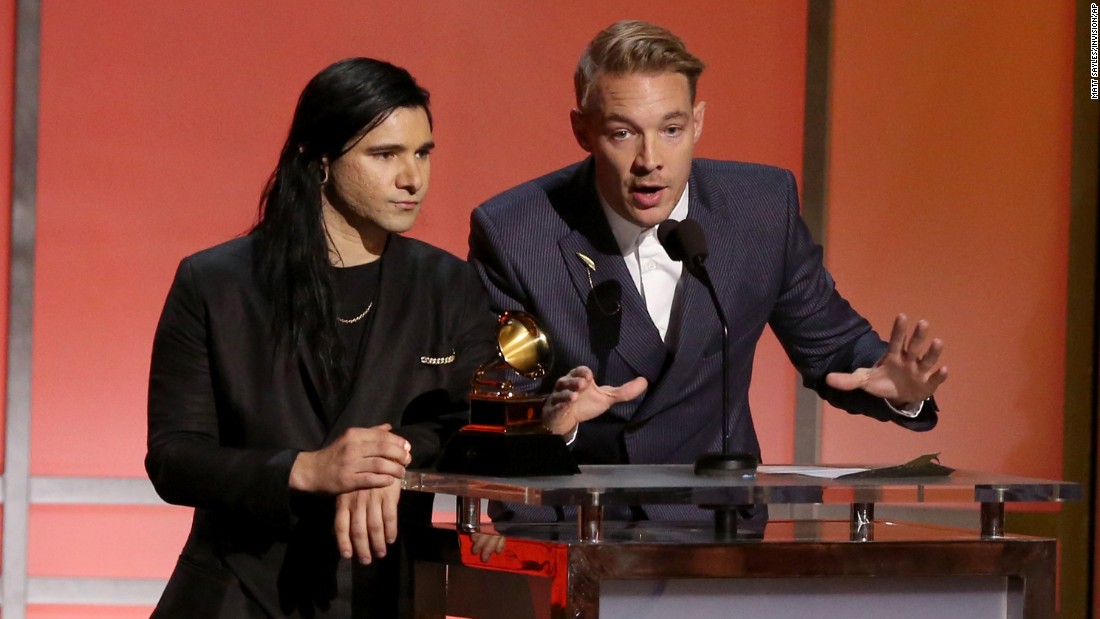 Last night’s 58th Annual Grammy Awards proved to be a progressive moment in music for the Electronic Dance Music genre. Nominations of artists like Flying Lotus, Jamie XX, and the Chemical Brothers had many ravers tuning in to see who would win. But the real contenders of EDM were Skrillex & Diplo, who each walked away with 2 Grammys for their collaborative project, Jack Ü.   They won Best Dance/Electronic Album for the masterpiece that is Skrillex and Diplo Present Jack Ü. And “Where Are Ü Now” featuring Justin Bieber won them Best Dance Recording, which they would later perform live.

Up until now, Skrillex was tied with Daft Punk for the most EDM Grammy wins, each having taken home 6 of the awards. However, following another victorious year, the iconic DJ/Producer now holds the top spot with 8 Grammys. Diplo was also nominated for Producer of the Year (Non-Classical), making him the electronic artist nominated for the most Grammys in 2016. Other notable nominations include Kaskade for his remix of Galantis’ “Runaway (U & I),” Above & Beyond was also up for Best Dance Recording with “We Are All We Need,” and many assumed Disclosure was going to take home Best Dance/Electronic Album for Caracal.

Check out the rest of the nominations here, or take a look at a bit of the Jack Ü and Justin Bieber live performance of “Where Are Ü Now” at the 58th Annual Grammy Awards below: