Three of the most innovative producers in the game- Skrillex, Four Tet, and Fred again..– just scheduled an impromptu gig at Camden Electric Ballroom in London tonight.

The three talented artists were hanging out in London, creating music together, and celebrating the release of Skrillex and Fred again..’s insanely viral track “Rumble” while they documented the process on social media. They were joking around about needing a venue for that night (Thursday, January 5 due to the time difference), but it seems the last-minute event will actually happen.

The show was picked up by Camden Electric Ballroom in London and is already completely sold out. But for those who did manage to grab a ticket, this could be a once-in-a-lifetime performance filled with ID’s and freshly made songs.

The three electronic creatives already have one completed track together, an ID from Fred again..’s Boiler Room set called “Baby Again..” Other unreleased IDs include a Fred again.. collaboration with Skrillex, a solo Skrillex track, and a solo KH single.

It’s safe to say that there are some big things coming from these three in the future. Check out the announcement of the Skrillex, Four Tet, and Fred again.. show in London tonight below: 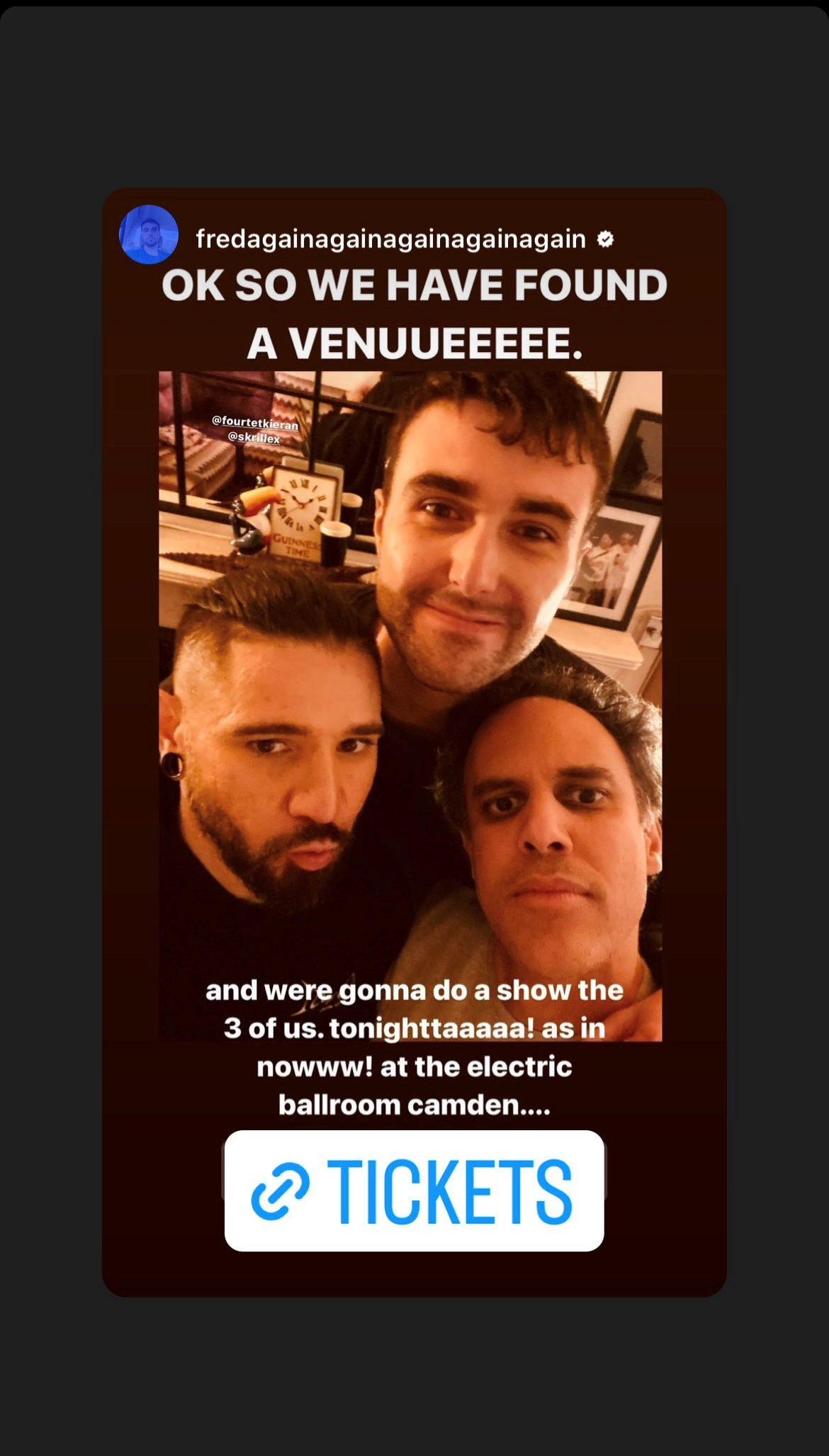