Eight-time Grammy Award winner Skrillex, took to social media today to announce that he will be pulling out of not one, but two festivals. Unfortunately for Sunset Music Festival in Tampa, Florida, as well as Movement Festival, in Detriot, Skrillex, real name Sonny John Moore, will not be making an appearance due to lack of preparation. Furthermore, he is giving us hopeful prospects by also letting us know in his post he has been “working very hard on finishing my albums.”

Although Sonny has been featured on some A-list musician’s songs in 2021 like Justin Bieber and J Balvin. Electronic music fans have been buzzing for years now over rumors of a new Skrillex album. The anticipation has paid off because nothing is more exciting than hearing from Sonny himself that there are multiple albums to look out for. 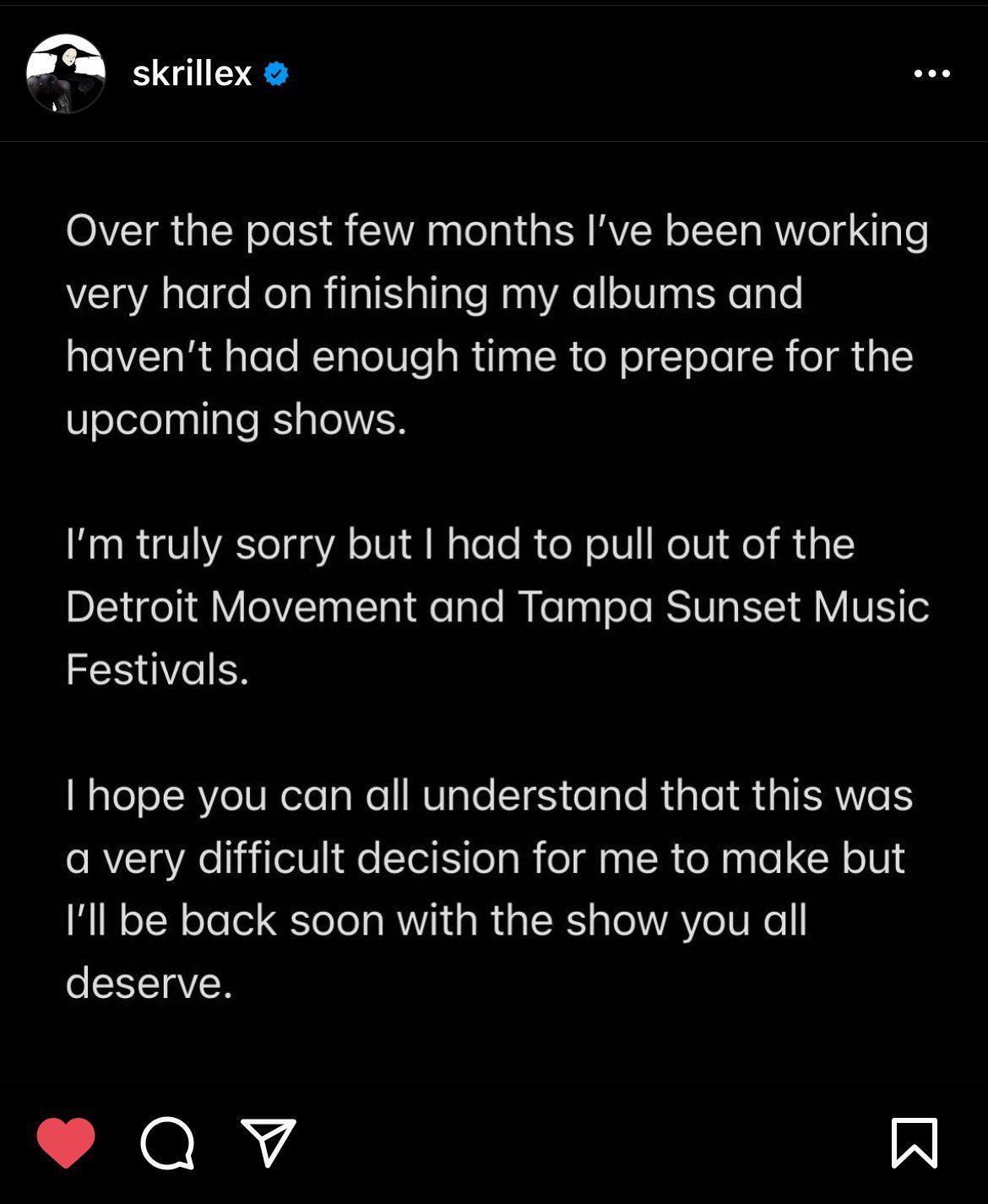 Ultra Music Festival Will Take Place At Bayfront Park Until 2027