This first leg of the tour will feature 14 cities and begins on September 10 in Phoenix. Attendees can expect brand-new production courtesy of long-time collaborator Roboto and of course the duo’s latest releases like “Halfway Down” with vocalist Ashley Drake and “Walk On Water” featuring RØRY and Dylan Matthew. They also will get a taste of unreleased material off Thrive, the full album due out September 22.

SLANDER just debuted their new live show this past weekend at the Long Beach Arena in Southern California. Over 18,000 fans attended over two nights, kicking off the excitement for their largest set of performances yet.

Check out the full dates for SLANDER’s The Thrive Tour below. General on sale for all shows begins July 29 at 10 AM local time and ticket information can be found here. 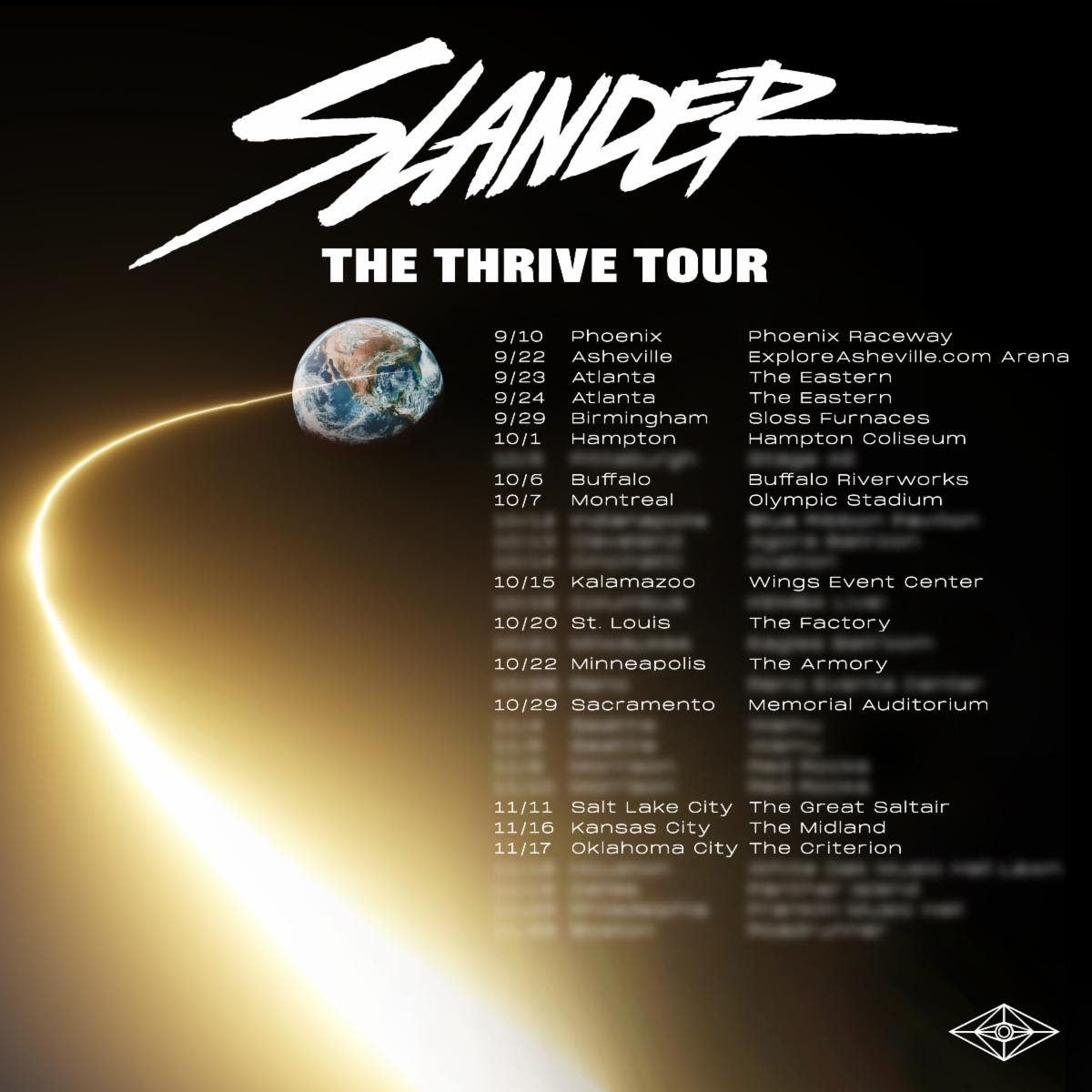 GRiZ To Debut Festival Safe Space, The Harmony Project, At GRiZMAS In July