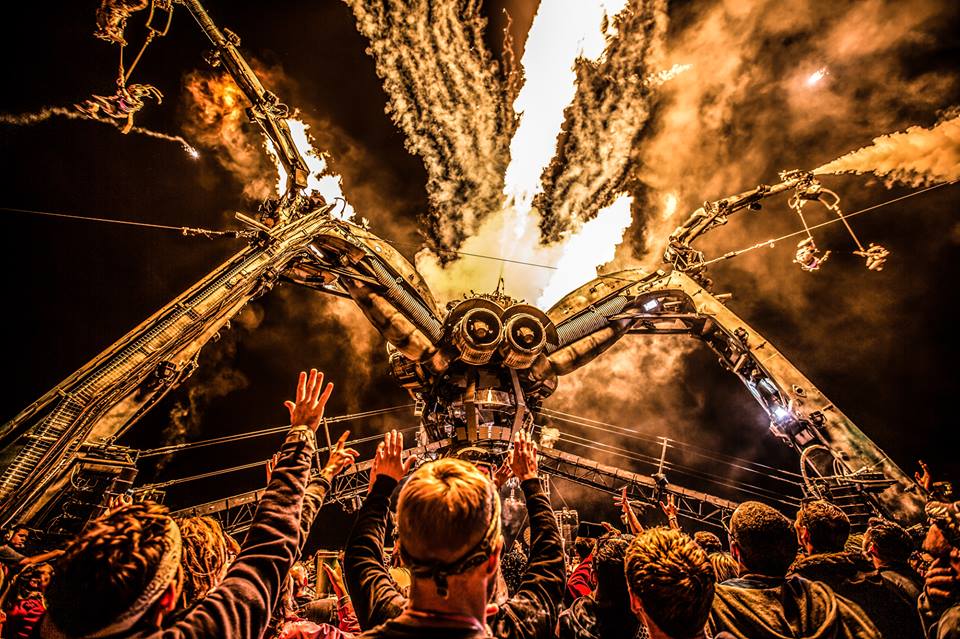 “The Spider” Stage to Invade Ultra Music Festival in 2016

If you are headed to Ultra Music Festival this spring, you’ll witness the invasion of “The Spider.” Ultra organizers announced that the infamous stage called, “The Spider,” will be used for the Resistance stage which hosts techno and underground artists. Arcadia Spectacular is the company that created the stage with legs. It has been used this year at a number of festivals around the world including Glastonbury. The stage is awesome and will provide techno fans the perfect backdrop at Ultra. It is decked out with lasers and lights. It also spits fire and fireworks! It really is an impressive stage.