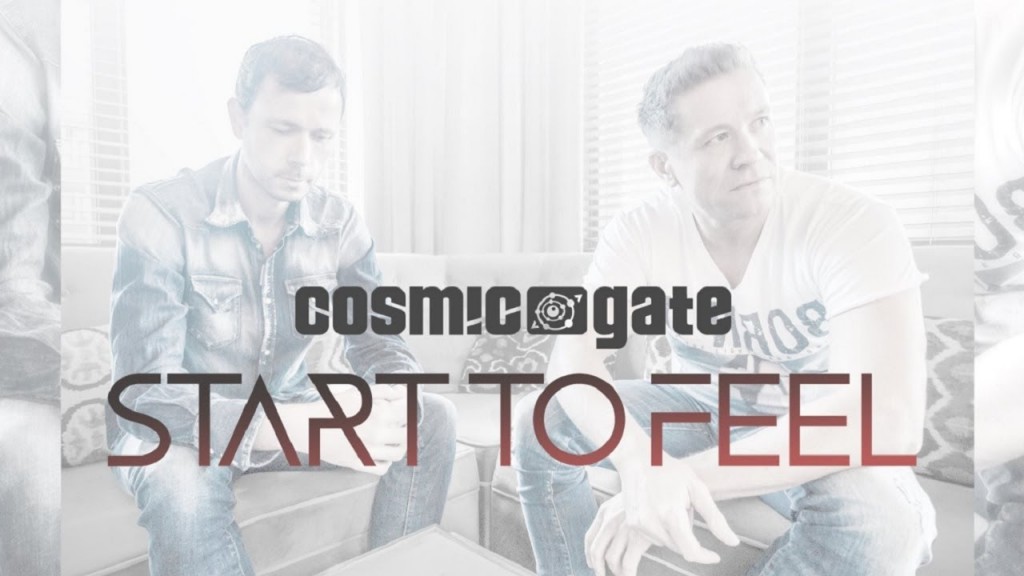 The one and only German duo Cosmic Gate returns to the Hollywood Palladium this Friday night for a show that is set to bring out some of the most preeminent Trance to grace the venue since its reopening.

As part of their North American bus tour to promote their sixth studio album “Start to Feel”, expect to be whisked away by the vocals from Emma Hewitt (Going Home), Kristina Antuna (Alone), and a live performance by the one and only Eric Lumiere (Falling Back & Run Away) throughout the night. With a substantial list of collaborations including Orjan Nilsen (Fair Game) and Jerome Isma-ae (Telefunken) on the new album, do not be startled if you feel a rush of surprised sentiments as the ‘Sparks after the Sunset’ take control to awaken your inner state of trance. In true Insomniac style, expect a unique and over the top production set to fit the ‘feels’ for this special evening.

Accompanying them for this show is none other than Andrew Rayel who’s most recent stop in Los Angeles at Exchange LA for a night full of  melodies that gave chills to anyone who witnessed his debut at the historic venue. Andrew Rayel has been all over the globe performing at festivals, and his energy and talent coupled with Cosmic Gate is going to make for one epic evening.

Coming off an impressive back-to-back weekend at Tomorrowland in Belgium, Cosmic Gate never fails to leave their mark of gold with their industry leading musical strengths that can be referenced back to their hard trance album days with “No More Sleep” and “Rhythm & Drums.” A continuation from the “Wake Your Mind” album and tour back in 2011, expect an approach that’s veers away from the drop after drop routine that is commonly heard, to a softer, emotional journey showcasing why the duo has audiences falling back in love with their music year after year. This night is one that can’t be missed and we’ve got a strong feeling it will have you “Start to feel” for many nights to come.

We recently spoke with Cosmic Gate about their new album and upcoming tour. Your can check out our interview below (as well as the latest episode of their Wake Your Mind podcast), and we hope to see you Friday night dancing the night away at LA’s Hollywood Palladium.

Thanks so much for taking the time to speak with us! Could you tell us what you two have been up to?

We have been touring in Europe for the last 3 weeks now, playing big shows like Tomorrowland, Ultra Europe, Space and Ushuaia in Ibiza to mention a few, and now chatting with you guys we are on our way back home to the US, we start our first bus tour ever through the US introducing our new album Start To Feel and we are very excited for it.

The new album came out last month and we’re really in love with it. ‘Happyness’ is certainly one of our favorites, could you tell us a bit about the inspiration for the track and the album as a whole?

Thank you very much guys. actually our inspiration for writing new music is and always will be the same, we simply try to write good music, not more and not less. Music that touches us and hopefully others too, we try to put our feelings into melodies and sounds, music we can play on our gigs, music that hopefully reaches out to peoples hearts and souls and makes them sing, dance, smile, or all in one 🙂

You guys are veterans in the dance music scene. Do you feel like your evolution as artists was natural or do you feel you have to be experimental?

For us it is a natural thing to be a bit experimental, put in new ideas and influences, simply as otherwise we would get bored pretty fast by what we do. That’s the reason that our albums never sounding the same as the one before, we always make a next step, add something new. Sure our lets call it Cosmic Gate handwriting is there and will be recognized hopefully, but in general we think it is important to develop as an artist, bring in new inspirations and visions, maybe even more with so many years in the scene as we are.

As a whole, what can we expect from the new album?

Music and taste is always something very personal, let this be said first. For us “Start To Feel” is not just a album title, it is actually program for the album. We were pretty bored by a lot of tracks out when starting the productions, tracks that mostly were focussing on a drop, but that were somehow not really touching our hearts. But this touching moment is what we want from one of our tracks, music to get closer to the listener, write music to get lost in it, music that hopefully still will be liked in years. We do not want to release short term music just created to work in the moment or a special environment, we want our music to work in clubs and other places too, at home, in the car, maybe even as background music, and as a lot of our older tracks hopefully still requested in years.

Can you tell us a bit about the instrumental tracks on the album?

There is actually a bunch of instrumental tracks on it, Happyness, Fair game, Tormenta, crushed, Telefunken just to mention a few. wWe simply do like vocals, but pure club instrumental tracks have always been and will be big and a important part in our repertoire as well, both spoken as producers and  DJs

The tour just kicked off, can you tell us a little bit about the tour and who you are bringing along with you?

For the “Start To Feel” tour, the majority and focus music wise will be on new tracks from the album, but of course we will also play some of our classics, and our favorite club tunes of the moment. We’re getting support on some of the bigger venues from Andrew Rayel, and also will bring some of our singers like Eric Lumiere and Christina Antuna for live performances on stage, as said we are more than looking forward for the tour kick off in LA on August first.

We’re excited to have you guys back in LA! Do you guys have any personal favorite cities to play?

To see so many countries and cities sure is one of the big benefits our job brings, and indeed LA always is a lot of personal fun, and the show aspect with playing fantastic Palladium venue is one of our highlights in our agenda, so we are excited to be back in LA to and kick off the bus tour.

What’s the rest of the summer looking like for you guys besides the tour? Any festivals?

The tour but also some more festivals indeed like Creamfields in the UK or shows in Ibiza will be our absolute focus for August and September indeed. We play more than 20 shows only in August so you can imagine there is not room for a lot of things aside, we are simply looking forward to bring “Start to feel” out to the people, lets do this!

Thanks so much for speaking with us, is there any last words you’d like to share with your fans?

Well we hope you guys had the chance to listen to our album “Start to Feel”  yet and maybe see you around for one of our shows, thank you for the interview, till the next time! 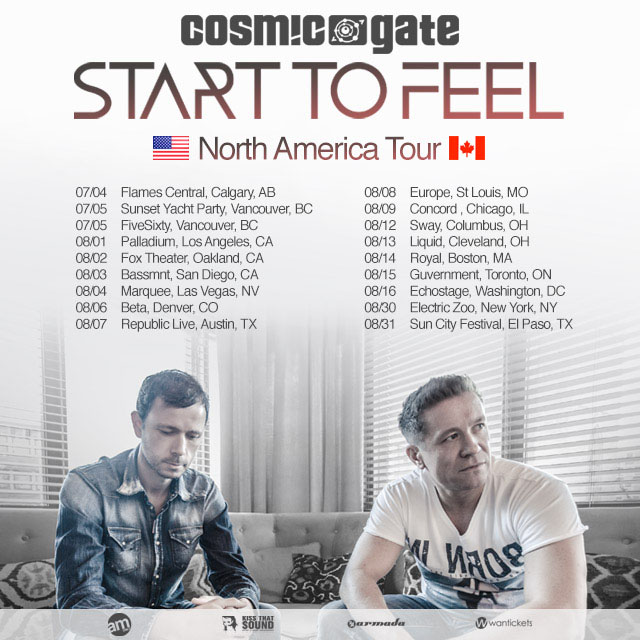 Deadmau5 Goes On A Coffee Run With Rob Ford