Get ready to get wubby as Subtronics just announced his first Los Angeles headlining show at the Kia Forum Saturday, January 28, 2023.

The event is co-produced by Bassrush and Live Nation and will feature plenty of tracks off his debut album FRACTALS. Subtronics will be joined by a host of bass artists including Virtual Riot, MUST DIE! b2b Leotrix, HOL!, Sweettooth b2b Artix!, and Austeria.

Subtronics is quickly becoming one of the most recognizable names in bass music. His wonky style and futuristic sound is unlike any other, and both die-hard bass heads and those who only dabble in dubstep love his sets.

At Electric Forest this year, Subtronics went back-to-back with house icon John Summit, proving that unity and peace between genres is not only possible, but also makes for a once-in-a-lifetime show. 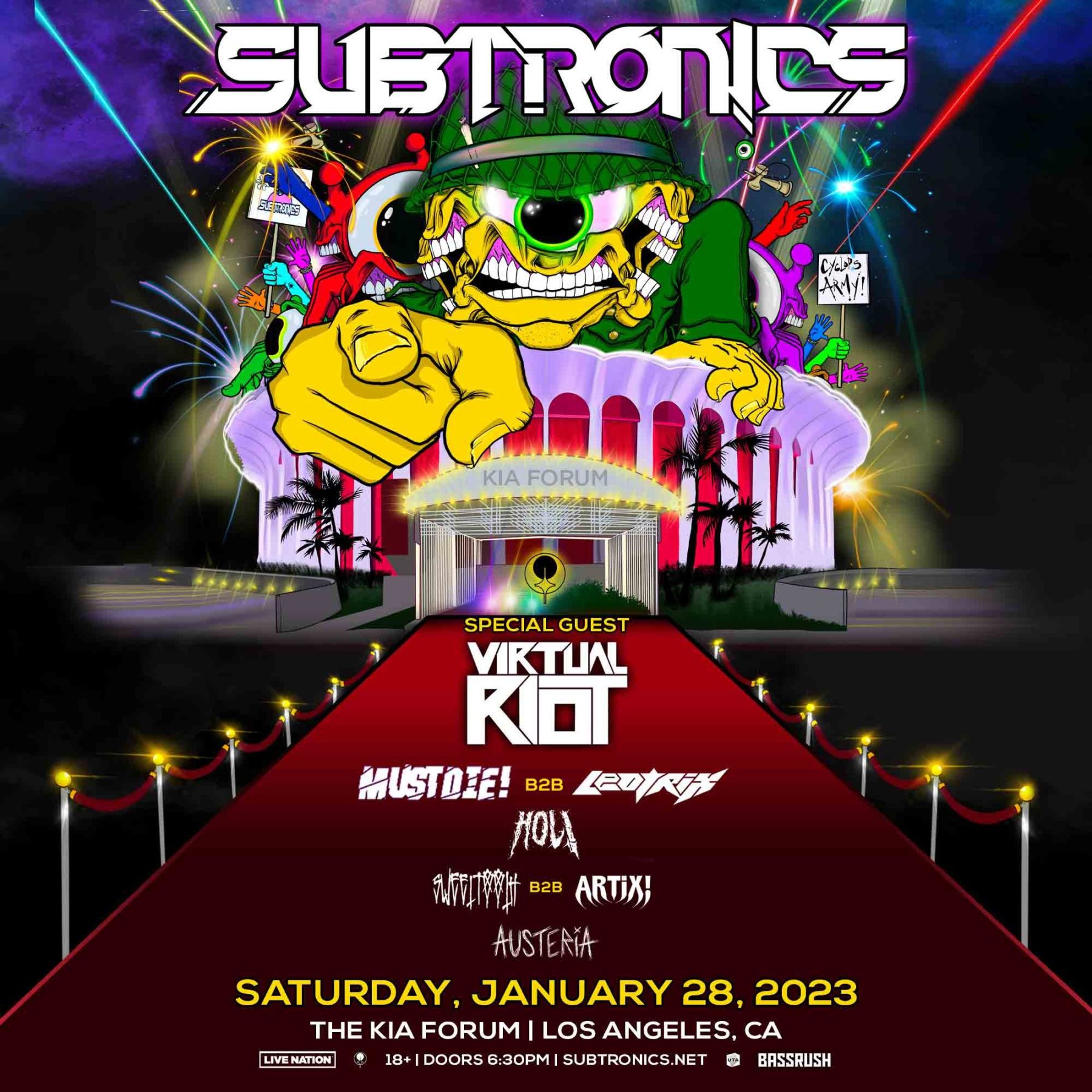 byJillian Terreri
We use cookies on our website to give you the most relevant experience by remembering your preferences and repeat visits. By clicking “Accept”, you consent to the use of ALL the cookies.
Do not sell my personal information.
Cookie SettingsAccept
Manage consent