The king of scream himself Sullivan King just announced he will headline a two-day bass event entitled “Reckless Rapids” in Michigan this December.

Bass fans at The Intersection will be treated to two nights of headbanging to heat up Grand Rapids on December 2 and 3.

The guitarist, producer, and metal enthusiast has only continued to dominate this year going back-to-back with Excision at Lost Lands and performing at Nocturnal Wonderland in California. He will continue later this month at the first ever SVDDEN DEATH curated event, Summoning of the Eclipse, at The Caverns Amphitheatre in Tennessee.

Tickets to “Reckless Rapids” will be available Friday, October 21 here. 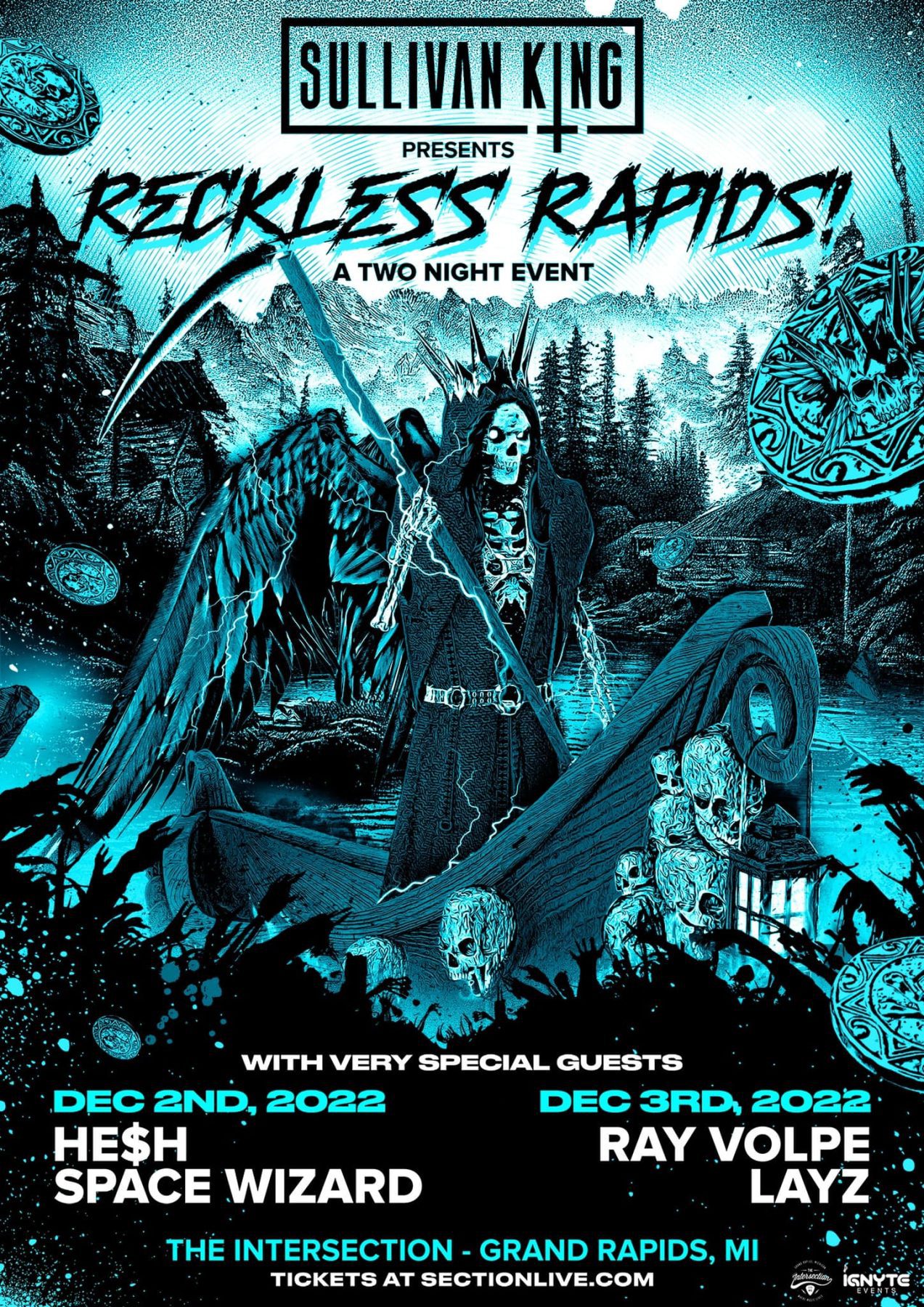