SunSquabi Gives Us A Taste Of Funk With “Deluxe” EP

Concoct a formula of delicious piano licks, pulsing synth, and an unmatched affinity for funk and good vibes, and you’ve created the driving force behind SunSquabi, The three-piece jamtronica band steadily grasping the attention of fans around the country. Signed to Griz‘s acclaimed All Good Records, Colorado-based SunSquabi effortlessly blends element of jazz, rock, and electric bass to create a signature sound that’s blasted them to the epicenter of the neo-funk movement.

Anxiously anticipating the release of their sophomore EP “Deluxe“, fans were given a satisfying taste of what’s to come with the band’s newest single “Dexter“. Opening with laid-back, funky guitar licks, the track spares no expense in taking its listener on a journey into a masterful fusion of live play and electronic production.

The origin of the track renders itself as just as organic as its masterful production. On its creation and concept, the band honed into their ability to balance composition and improvisation effortlessly. “Dexter was one of the more raw creations of the EP. The pieces of it all came together from a single day of improv and recording at the studio (Scanhope Sound).  The studio dog Dexter was in the control room the whole session, and really kept the vibe on point. I took the bits home from that session and assemble them in ableton overnight. The next day we did overdubs and brought Nick in to do the sax. Dexter the dog once again approved.” 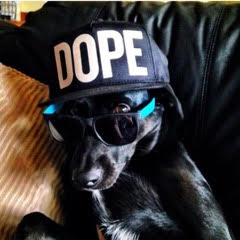 While “Dexter” maybe the band’s newest release, SunSquabi has so much more in store for the rest of 2017. From the release of their EP “Deluxe” (out later this spring), to cross-country tour stops in Las Vegas, Atlanta, Chicago, and more, SunSquabi has proven that their influence is only beginning to take shape. Achieving the perfect balance of percussion, synth, and live instrumentation, SunSquabi is a can’t miss sight to see for festival and show-goers alike this year.

The Rise of Hardstyle And Hardcore