In a major announcement, Insomniac has confirmed that Electric Daisy Carnival (EDC) Las Vegas will be rescheduled for this fall. Today, Insomniac CEO Pasquale Rotella addressed the EDM community via Instagram in a heartfelt post that detailed a pending decision regarding the festival amidst coronavirus lockdown extensions throughout the country. The new proposed date will be for this fall on October 2-4, 2020.

EDC Las Vegas was set to celebrate its ten-year anniversary at the Las Vegas location this May 15th-17th. The original EDC took place in Los Angeles in 1996 and outgrew that location which led to relocation in 2010. This year is set to be a huge milestone for EDC after it was confirmed that the festival would expand to include the entire Las Vegas Motor Speedway for the first time. Last month, Insomniac revealed a stellar lineup with over 100 artists for this coming EDC including Seven Lions, Zedd, R3hab, Afrojack, Said the Sky, Slander, Tiesto, Alan Walker, and more.

While this is news that will come as disappointing to fans, it is not a shocking announcement considering the current atmosphere. Over the course of the last month, several major festivals including Ultra and Beyond Wonderland have been postponed due to the growing concern of COVID-19. Despite the necessary decision to postpone the festival for the safety of fans, the new date will be one for the books as the electronic music community unites once again! 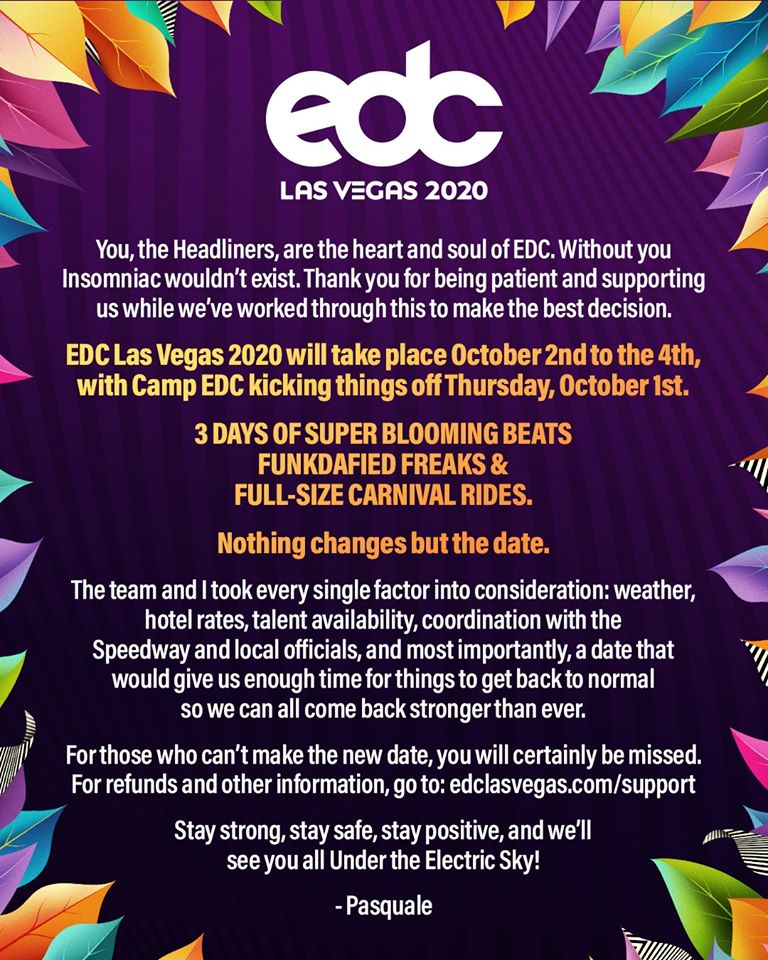