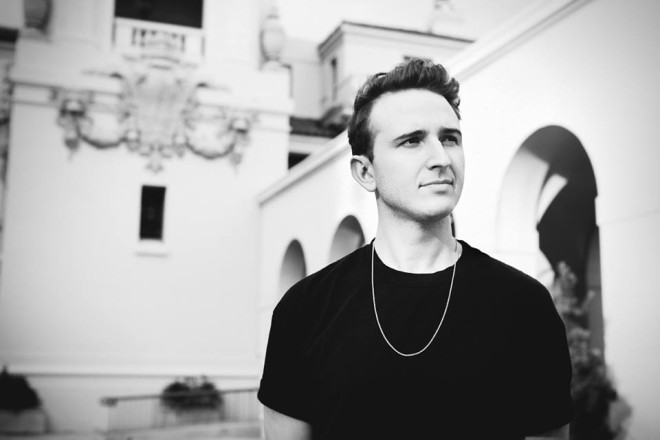 These DJs Are Giving Back, And Inspiring Fans To Do The Same

In a world seemingly filled with political and social unrest, millions have dedicated themselves to speaking up, speaking out, and speaking with others to promote positive changes in their surrounding communities. The dance music community has been no exception, as many producers have turned to their own public platforms to raise awareness, funds and endless hope for a variety of causes. From charity bracelets and specialized apparel to star studded benefit concerts, these artists have garnered support from thousands of fans, while further spreading the good vibes their music envelops.

In August 2016, Big Gigantic launched their multi-faceted charity foundation, “Big Gigantic Difference Foundation”, aimed at giving back in a several ways. During the successful first leg of their “Brighter Future Tour”, fans gathered in Atlanta, Dallas, and Boston to volunteer at various food shelters and community cleanup projects alongside the duo. Big G also plans $1 from every purchased show ticket in 2017 to over a dozen charities across the nation, further spreading their message of hope and selflessness amongst others.

Las Vegas based DJ 3LAU might only be 26, but he has quickly paved the way for other artists with his philanthropic efforts. In 2016, 3LAU launched BLUME, the first not-for-profit dance music label. BLUME aims to unite listeners while raising funds for local and national charities across the US. Though the label is less than a year old, it has already successfully raised over $200,000 in donations from fans and supporters worldwide.

Whether it’s dropping critically acclaimed remixes and collaborations, or raising awareness for one of the nation’s largest non-profit organizations, RL Grime never disappoints his fans and onlookers with his efforts. The LA based producer, a staunch advocate for civil rights and equality, recently teamed up with Baauer, Shlohmo, and others to host a benefit concert on March 16, 2017 in support of the ACLU. With performances from RL Grime and friends, 100% of the show’s proceeds will aid the ACLU as they continue to fight for social justice, equality, and civil liberties for Americans.

#WokeBae producers aren’t too hard to find these days, but both Mr. Carmack & Djemba Djemba set the standard for what it means to be politically and socially engaged in today’s society. Frequently speaking out on social media against injustices and bigotry, the pair have inspired fans to become involved as well. In November of 2016, the duo released “Rekindling”, a 9 track collaboration EP, on BandCamp. For $7, fans can download the entire project, with 100% of the sale donated to protesters and advocate groups at Standing Rock. The Standing Rock protest against the controversial Dakota Access Pipeline has drawn thousands of supporters to the site, but for those who can’t make it to North Dakota, Djemba and Carmack have provided an opportunity for everyone to support the cause. To date, the campaign has raised over $8000, and continues to gain support daily.

One of the most influential names in dance music is a veteran in philanthropic affairs as well. Legendary DJ Carl Cox is no stranger when it comes to donating time and money to local and international charities and causes. From playing benefit concerts to teaming with non profit organizations around the world, Carl Cox has dedicated countless hours to making the world a better place. The most recent effort saw the DJ partner with Last Night A DJ Saved My Life (LNADJ), a music charity foundation aimed and bettering the lives of children in war conflicted areas around the world. Carl Cox announced a text initiative with the charity, allowing fans to donate £5 for every text message sent to the organization, as well as entering them into a raffle for a chance to meet the DJ.

For more info on these efforts and how you can contribute, visit the links below: