Time Warp is coming back in 2022 with the second edition with its concept ‘Two Days, Two Stages”  on October 28 – 29 at Maimarkthalle, Mannheim, Germany. The concept is as simple as it sounds with the legendary techno festival providing a weekend of fantastic music spread across two stages.

Time Warp was established in 1994 with the mission, “We Want To Make You Dance.” Since then, the German edition of the festival is a hot spot for thousands of people with similar tastes in music to gather together and do just that.

Mannheim became the home base for the festival in 2000, and from there it has grown a global presence taking place in cities like Amsterdam, New York, Milan, and São Paulo.

Check out the full lineup for Time Warp “Two Days, Two Stages” 2022 below. and Click here to sign up for the pre-sale which starts on Monday, July 4. 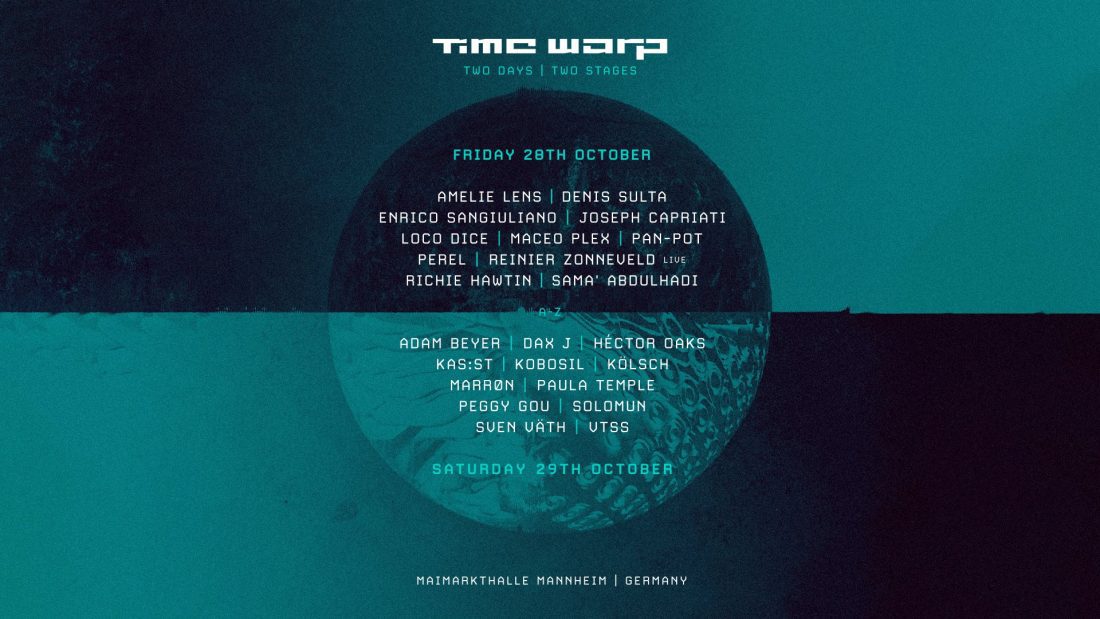 Crash Course: The History Of Ibiza, The Party Capital Of The World