TOKiMONSTA Is Going On A 2021 North American Tour

In celebration of TOKiMONSTA releasing her latest single, ‘Say Yes‘ featuring VanJess, TOKiMONSTA announced her 2021 ‘Say Yes Tour‘ featuring Rochelle Jordan, Biicla, and Kingdom x Rush Davis. The tour will stop at major U.S. cities including stops at Elements Music & Arts Festival in Lakewood, PA, The Showbox in Seattle, WA, The Novo in Los Angeles, and The Midway in San Francisco. The full list of stops can be seen via the image below.

TOKiMONSTA produced her single ‘Say Yes‘ a little over a year ago and was unsure if she’d be able to release the track or not. The American DJ and producer typically creates r&b/rap and chill beats tracks but took the time during the pandemic to produce “an intentional dance track.” The song has received nothing but praise from fans which has allowed TOKiMONSTA to announce her 2021 North American ‘Say Yes Tour.’ 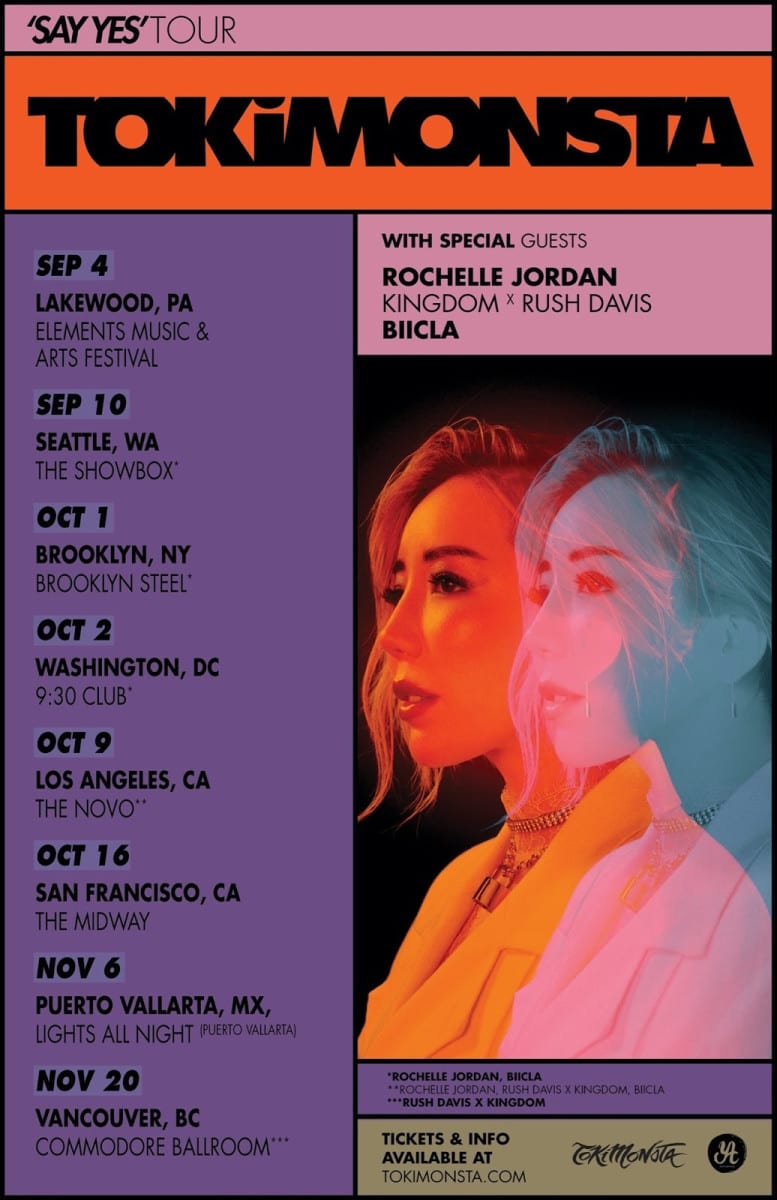 Tickets For Coachella 2022 Sold Out Within Hours

Calvin Harris Delivers New Summertime Banger, 'By Your Side'