Over the last 15 years, Tomorrowland has established itself as the ultimate destination for ravers. Simply put, this epic event embodies all the best parts of ascending festival culture.

The stages are massive works of art which transport attendees to another world as they dance. DJs from every subgenre on the ever-expanding electronic spectrum are featured on the lineup. Most of all, Tomorrowland draws a truly international community with flags from all over the world flying high. It’s a ravers paradise.

Now for their fifteenth anniversary, Tomorrowland has introduced a new theme: “The Book of Wisdom: The Return,” along with dozens of stage hosts to celebrate this important milestone in their history. The entire lineup, which is promised to include over 1,000 artists, has not been announced, but the stage hosts will offer a glimpse into what to expect this year in Boom, Belgium.

Eric Prydz will deliver a brand new live show entitled “EPIC: HOLOSPHERE“. Those familiar with Prydz know his visuals are one-of-a-kind, and Tomorrowland attendees will be the first to view this spectacular production.

A few other stage hosts include Claude Vonstroke & Dirtybird, Tale of Us & Afterlife, and Carl Cox with Space Ibiza.

On a non-underground note as well, Shaq is back at Tomorrowland in 2019 with his own stage: Shaq’s Fun House. One can only imagine what sort of shenanigans will happen there.

More artists will officially be revealed next week on Tomorrowland social media channels, so stay on the lookout for that. Check out the full schedule of stage hosts at tomorrowland.com. 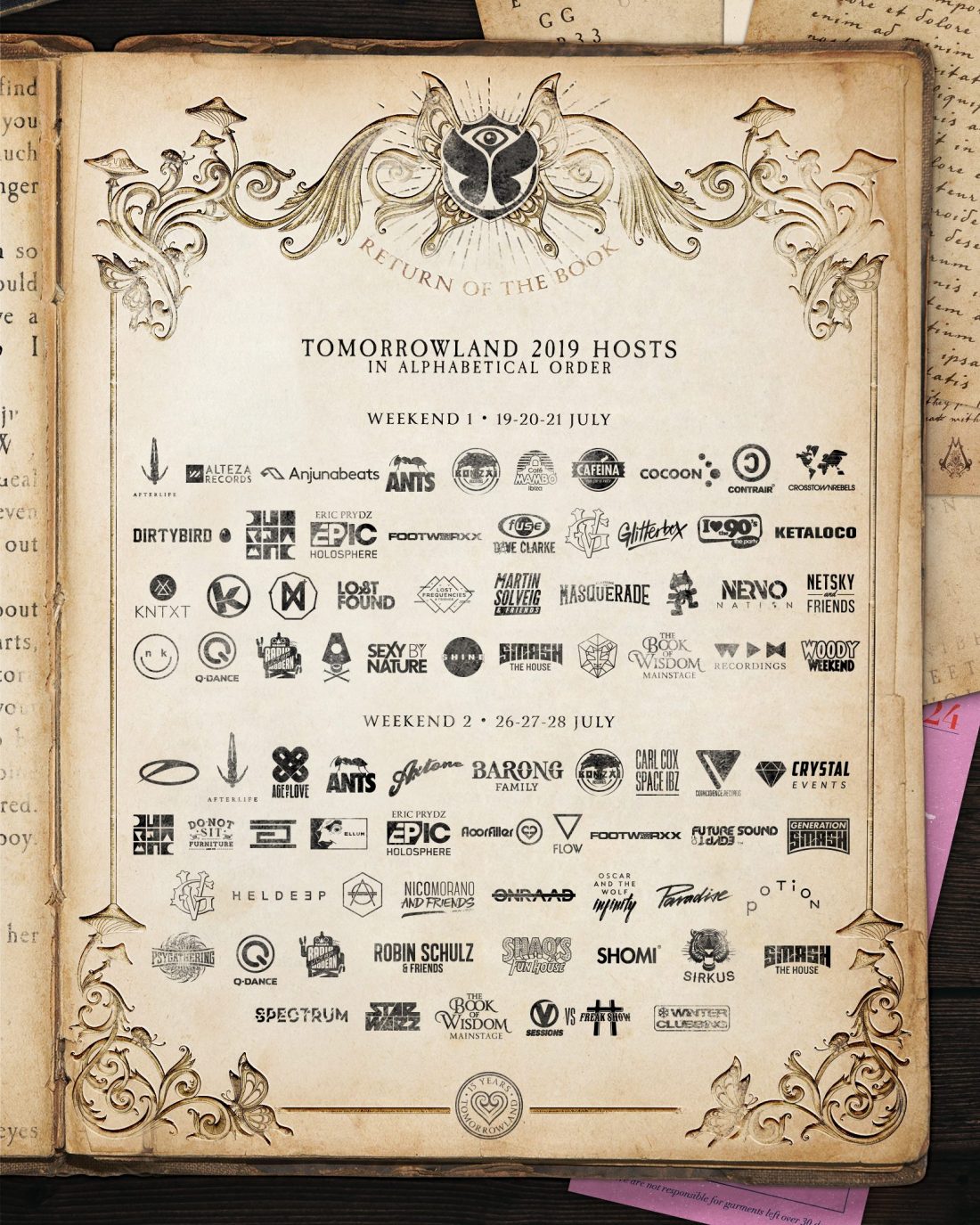 Do Not Sit On The Furniture

The Book Of Wisdom Mainstage