Tomorrowland has just announced that they are starting a brand new monthly CORE radio show on One World Radio and are kicking off their first episode alongside an exclusive interview with Sven Väth.

The radio show will take place every last Sunday of the month at 19:00 CET on the festival’s radio station, One World Radio. For those who are unaware, CORE is a stage at Tomorrowland that engulfs itself with the sounds of nature and the deep sounds of electronic dance music. The stage has become a fan favorite and a destination for many and has now inspired a stage themed Tomorrowland radio show. 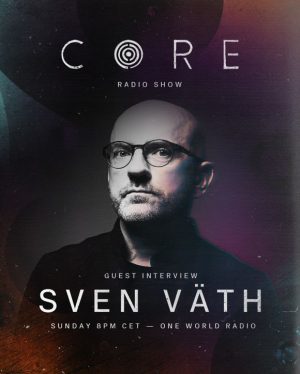 The radio show will allow fans to discover and find new music as well as listen to some of electronic dance music’s most notable and successful artists. The show will be hosted by Italian producer Dino Lenny and every month there will be a special guest that will be featured in an exclusive interview. In this past episode, Sven Väth discusses his career and the 20th anniversary of Cocoon Recordings saying, “My passion and interest in music is still unbroken. The whole thing really gives me a lot of strength. The fact that I can share my passion and my musical taste with my crowd fulfills me enormously.”

Listen to the first episode of the CORE radio show on the Tomorrowland app, YouTube, or SoundCloud.