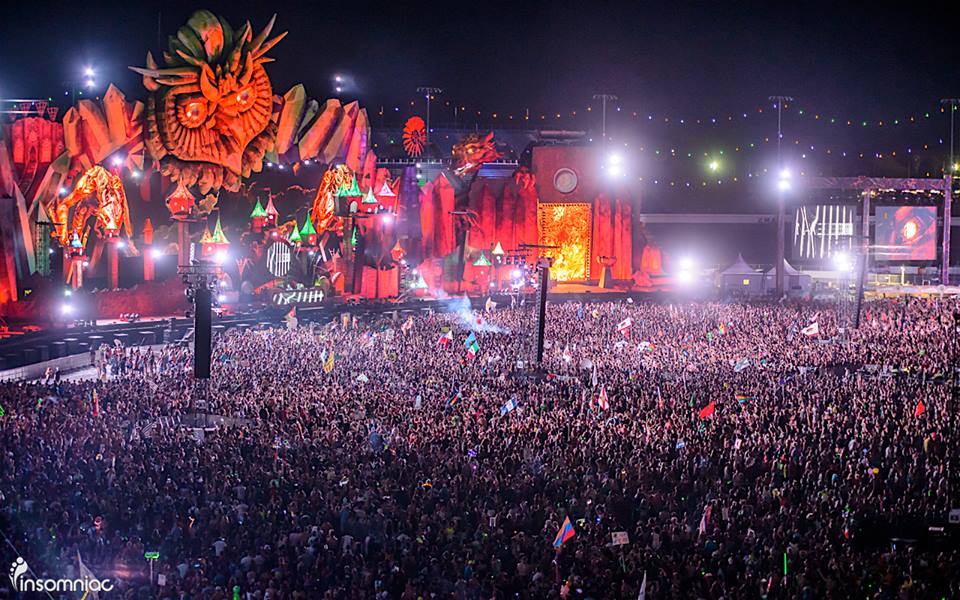 10 Festivals To Be Excited For This Season

The phrase “the most wonderful time of the year” was first coined in reference to the holiday season, which if you think about it, makes sense. During the holidays, people forget about the struggles of their everyday lives. They leave all the business at work and come home to reunite with their families, for no reason other than spending time together. There’s always great food, and if you’re lucky a few wonderful gifts might fall into your lap simply because you’re alive. Sounds pretty great right?

With such a long season being right around the corner, here are a few festivals that are worth looking into as you start putting your plans into motion.

Celebrating their third anniversary in style, Serenity Gathering will undergo a complete overhaul this year. They have chosen a new location, the Lake Hemet campgrounds in Idyllwild, CA, which (knock on wood) means a large possibility of being able to swim in a lake during the festival. If you’ve ever been to Symbiosis (we’ll get there), you know this is a complete game-changer. Also, the fest will feature a star-studded lineup that falls outside of the generally electronic spectrum of most festivals by including hip hop and rock acts like Nahko Medicine For The People and Del Tha Funky Homosapien. All the extra fun stuff that’ll be there most likely won’t be known until the gates open, but festival promoters always go all out for anniversaries, so it’s guaranteed to be a good time.

Other than his unique taste in music, Bassnectar (real name Lorin Ashton) is known for having one of the most dedicated fanbases in the entire dance music scene. Whether its his grueling beats or his untamable hair, something about a Bassnectar show inspires people to remove their brains from their bodies and go completely mental (pun intended). Well now there is a festival dedicated to just that. Leading off the series of Basscenter events that started in 2010, Ashton will host his first full camping festival this summer. In addition to 2 extended sets from the man himself, Basscenter will feature a massive lineup from the broad spectrum of Ashton’s influences including hip hop legends like Wu-Tang Clan, and beat curators like Flying Lotus. If a single Bassnectar show can inspire life-long fans, just imagine what will happen at a festival.

If there’s one thing that defines Annie McManus, better known by her radio personality, Annie Mac, it’s innovation in dance music. Throughout her career as a selector for BBC Radio 1, she has gone from a once-a-week slot on Fridays to having the most important slot on the whole schedule, (Monday through Thursday from 7PM to 9PM and Fridays from 7PM to 10PM) where she brings a sense of light-hearted fun to the radio along with her intoxicating voice and endless amounts of world premieres. For the past few years she has also curated the Annie Mac Presents tour which has helped to garnish the career of UK heavyweights like Hannah Wants and Disclosure. Last year, she capitalized on the the continuous ascension of her career and hosted the first Lost and Found Festival, which perfectly represented Annie’s huge contributions to dance music. Now this year she’s going even bigger. In addition to hosting a who’s-who of UK house DJs, Annie’s fun-loving style will take over Malta with a plethora of boat party’s and castle-raves (oh yeah, the venue’s a castle btw). If you’ve ever listened to Annie’s show on the radio, it’s clear how passionate she is about music and good-times. This festival is what happens when her passion becomes tangible form.

With festival culture expanding the way that it is, it’s hard to find festivals that are both intimate in nature, but also offer a first-rate experience. Symbiosis is one of those festivals. For years they have been free of serious mainstream attention by avoiding annual events and changing venues often. This has allowed each festival to attract serious talent and curate a unique vibe. However after the success of last year, Symbiosis will return to the same venue consecutively for the first time ever. The reason for this is because Symbiosis listens to their attendees more than any other festival, and everyone loved the Woodward Reservoir. Being able to swim in a lake everywhere throughout the fest is seriously an incredible experience. Also, Symbiosis uses fan interaction to help improve the festival every year. If you look on Twitter, you’ll notice that Symbiosis regularly responds to their followers praises and concerns. They have even gone as far as asking them for artist recommendations for the upcoming festival. No other festival does that.

Festivals can be centered around a lot of things. Music, yoga, gems and minerals. There are some people who love festivals so much that it doesn’t matter what the festival is based on, they’ll buy a ticket anyway. However it is always appreciated when a festival is able build a foundation around something unique. One festival that has accomplished this is Boogaloo Mountain Jam. Returning to Oak Canyon Park for the second year in a row, this is festival is based around art cars. That’s right. Not just art, but art cars. For three days this mountainous environment will be filled with some of the funkiest vehicles ever, not to mention some premiere music will be in the background as well.

The San Diego based promotion company Fingers Crssd has really hit its stride in the past year. In addition to establishing themselves as curators of premiere electronic music events throughout Southern California, their newfound festival, CRSSD, has filled a unique void in the festival scene. Other than being one of San Diego’s only outdoor music festivals, CRSSD provides an experience separate from the mainstream rave scene. A strict dress code and 21-and-up age limit deters the kandi crowd while encouraging a more mature and respectful audience, but the main thing separating CRSSD from the rest is the lineup. Other than the fact that none of the DJs on the bill would be found closing out EDC MainStage, CRSSD works hard to present these artists in the best way possible. This year CRSSD has promised two-hour long extended sets to likes of Damian Lazarus, Cirez D, Loco Dice, and Tale Of Us, which is a much more standard length in tech hubs like Ibiza and Detroit. Also CRSSD has yet to announce a series of surprise back-to-backs that will grace the decks throughout the weekend, and with such legends as Skream, Tiga, and a whole slew of Dirtybirds on the lineup, you know these back-to-backs are not to be missed.

One thing that Europe has been able to integrate into festival season far better than the US is cold weather. When the winter washes over the US, that’s the time when promoters ease back by the fire and start planning for the upcoming season. However, 5,000 miles to the east winter lasts clear through to April, and instead of accepting that festivals are warm-weather activities, Europeans use the snow to their advantage to hold events like Snowbombing. For nearly a week in April, the town of Mayrhofen in Austria will combine the activities of snowboarding/skiing and music for an unforgettable festival experience. There are venues on the tops of mountains, in forest clearings, and even in premiere dance-clubs, and even if you’re new to the slopes, the festival offers lessons to get you started. Regarded as “the greatest show on snow”, Snowbombing is bound be a festival for the books.

When people think of Insomniac Events, they usually think of mega-raves filled with kandi-clad plurbabies standing in front of Alice In Wonderland-esque stages, and for the most part, that’s what Insomniac events are. However, for the past few years Insomniac has been working to create an event that entails their standard level of excellence but in a completely different environment compared to their flagship raves. That event is Electric Forest. Borrowing ideas from the growing transformative festival scene and the mainstream rave scene, Electric Forest is becoming one of the most highly regarded festivals in the country. Whether its the serene forest setting, the lineup that features both giant rave DJs like Bassnectar and cult-classic live acts like the String-Cheese Incident, or the emphasis on their growing “forest family” (this year, the lineup was revealed through letters to regular attendees) Electric Forest is an Insomniac event like no other.

This is a festival that still has a lot of mystery surrounding it. Besides the date and location, very few details have arisen; the most important of which is the companying putting it on, and that company is Goldenvoice. Being described as the “East Coast Coachella” Goldenvoice is hoping to tap the NYC festival market. Does that mean they’ll be bringing along all the Tupac hologram level surprises and reunions 20 years in the making? Maybe. Either way this valiant attempt by Goldenvoice to expand their brand will be something worth experiencing. Few other promoters have their level of influence on the scene, and this will be their only event that comes close to rivaling Coachella in scale. That’s not something they’re going to pass off lightly.

I know what you’re thinking. You think EDC is the last one on the list because this is an electronic music publication and because I’m a super raver there’s no way I could possibly leave it off. While this is partially true as there really isn’t another rave like EDC Vegas, this year is going to be special because this year, EDC turns 20. Consider that for a moment. How many festivals have been around for 20 years? Not many. That means when I was 3 years old, there were people gathering together in the same spirit they do now; for the sake of electronic music and the community that it curates. As stated prior, anniversaries are something promoters take seriously, and a 20th anniversary is a huge deal. EDC Vegas has always been know for pushing boundaries, and for their 20th installment, they won’t just push boundaries, they’ll annihilate them all the way until the sun rises over the speedway on Monday morning.