Halloween is just around the corner, which means that the fall festival season is about to kick-off! In the EDM community, Halloween is an exciting time because DJs from around the world book show stateside and attendees have the chance to express themselves in fun costumes with a raver twist to them. As you prepare for the festivities coming up the next couple of weeks, we’ll help guide you to the best EDM events around the United States by breaking down our top five choices for All-Hallows-Eve. 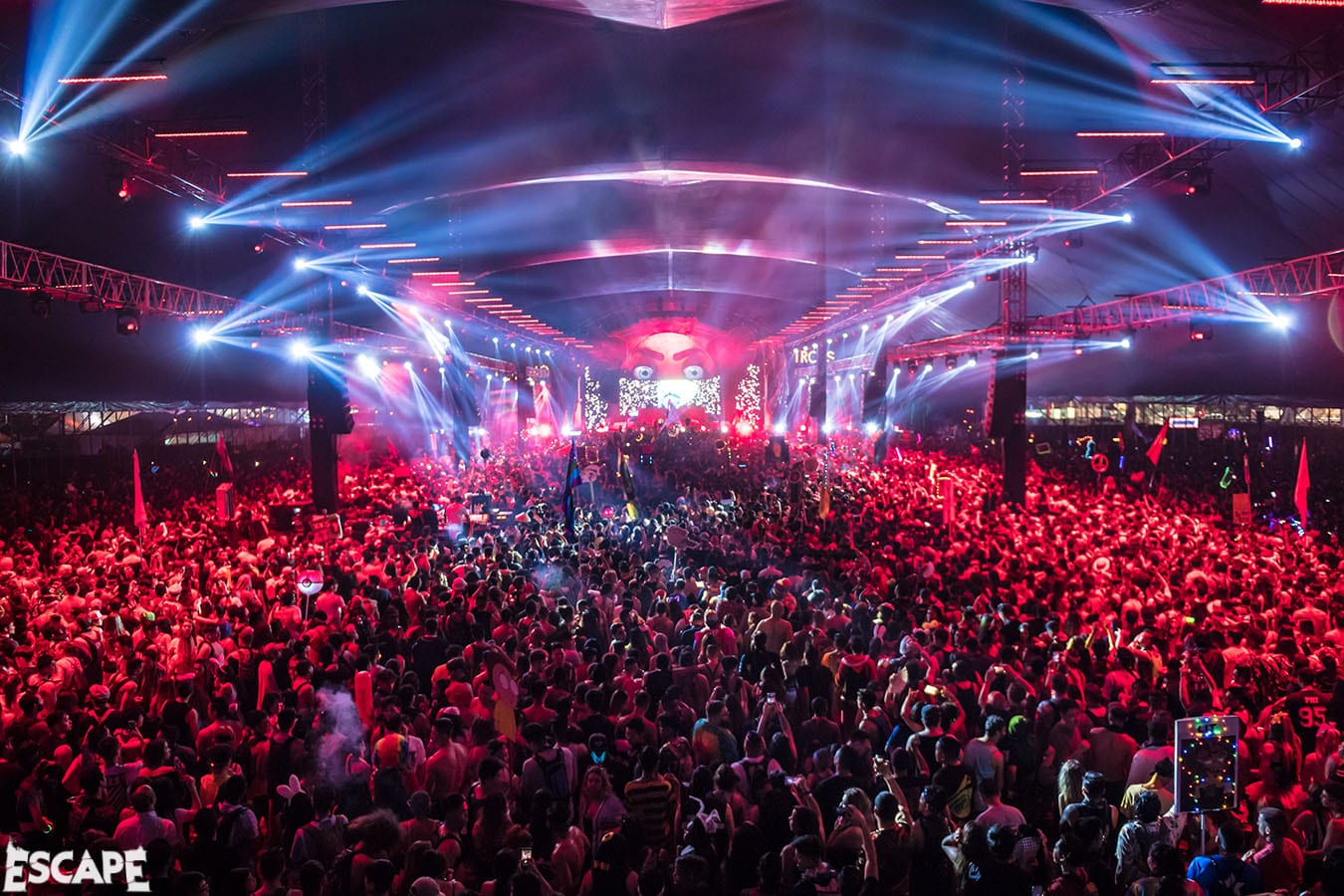 Escape Psycho Circus returns to the NOS Events Center in the beautiful state of California for another year of festivities put on by none other than Insomniac Events. This year marks the 9th season for Escape, and each year this event has expanded further and grown to be a favorite amongst EDM fans around the world. This is no surprise considering the founders of Electric  Daisy Carnival (EDC) are the hosts of Escape, which means that Insomniac brings with it their expertise in production value, impressive stages and displays, and the ability to book top talent for this two-day festival. This year will be a truly next-level event as Insomniac has announced the debut release of the largest megastructure in festival history. As always, Insomniac and founder Pasquale Rotella push the boundaries to impress attendees and keep the good vibes flowing. This puts Escape as our top pick for festivals to attend, along with the spectacular line-up including Alesso, Eric Prydz, Deadmau5, Chris Lake, Nora en Pure, Timmy Trumpet, Dillon Francis, and many others. Tickets are almost sold out, so get yours now! 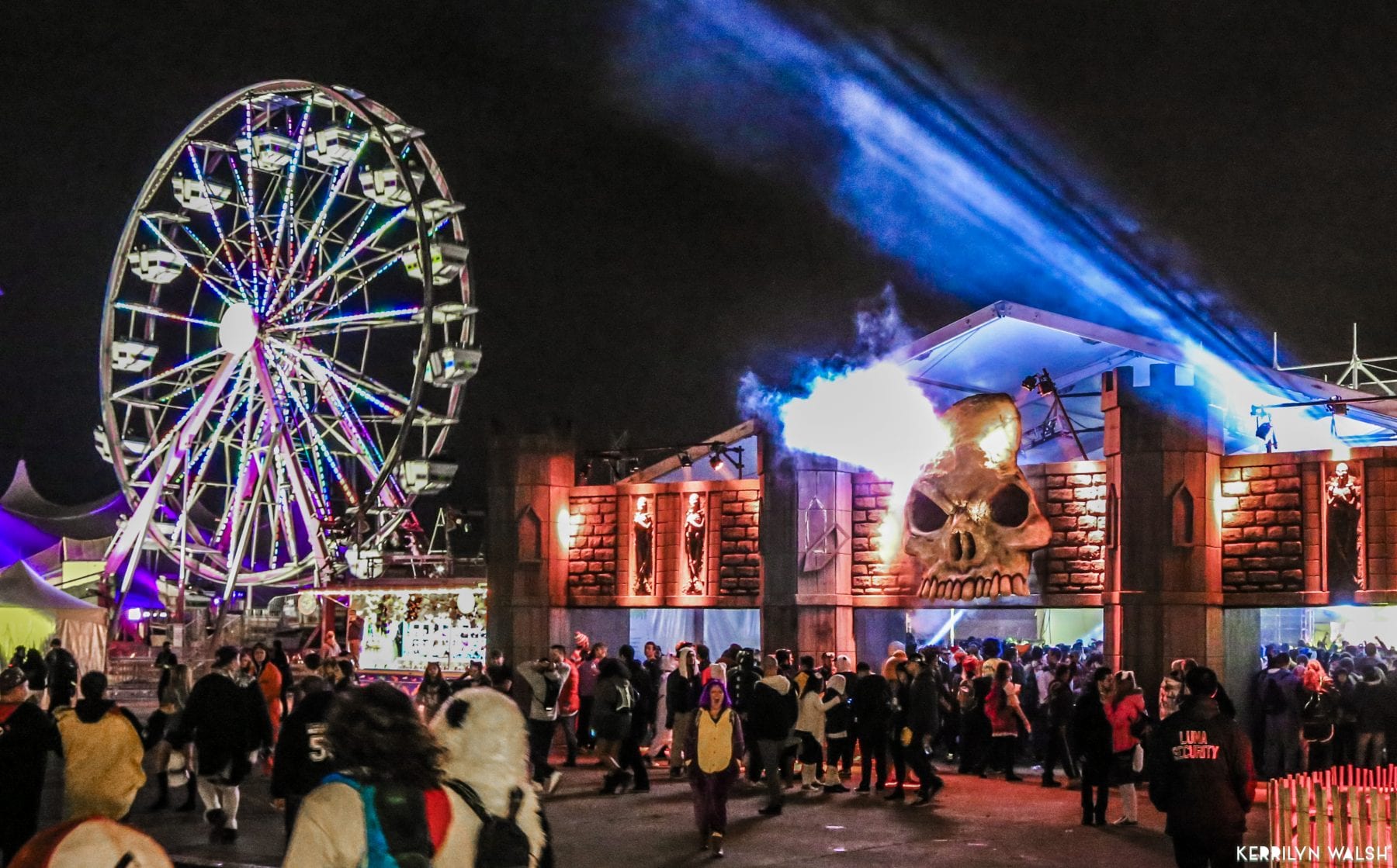 Freaky Deaky Festival is back for another year with two days, massive after parties, and a stacked lineup as they take over the Houston Raceway for an epic All Hallow’s Eve. Not only is this the largest Halloween party in Texas, but one of the largest in the United States that puts Freaky Deaky at a solid tie for top Halloween festival. This year, React Presents has teamed up with Disco Donnie to curate an amazing event as the Houston Raceway is converted into Halloween heaven (or should we say hell) with several stages, a carnival with rides, and a haunted house. When you combine that with a ridiculous lineup, now you have an epic Halloween party. This year, top talent takes the stages with Armin van Buuren, Steve Aoki, Martin Garrix, REZZ, Tchami, Cash Cash, Deorro, Fisher, and many others. There are very few tickets left, so get them here! 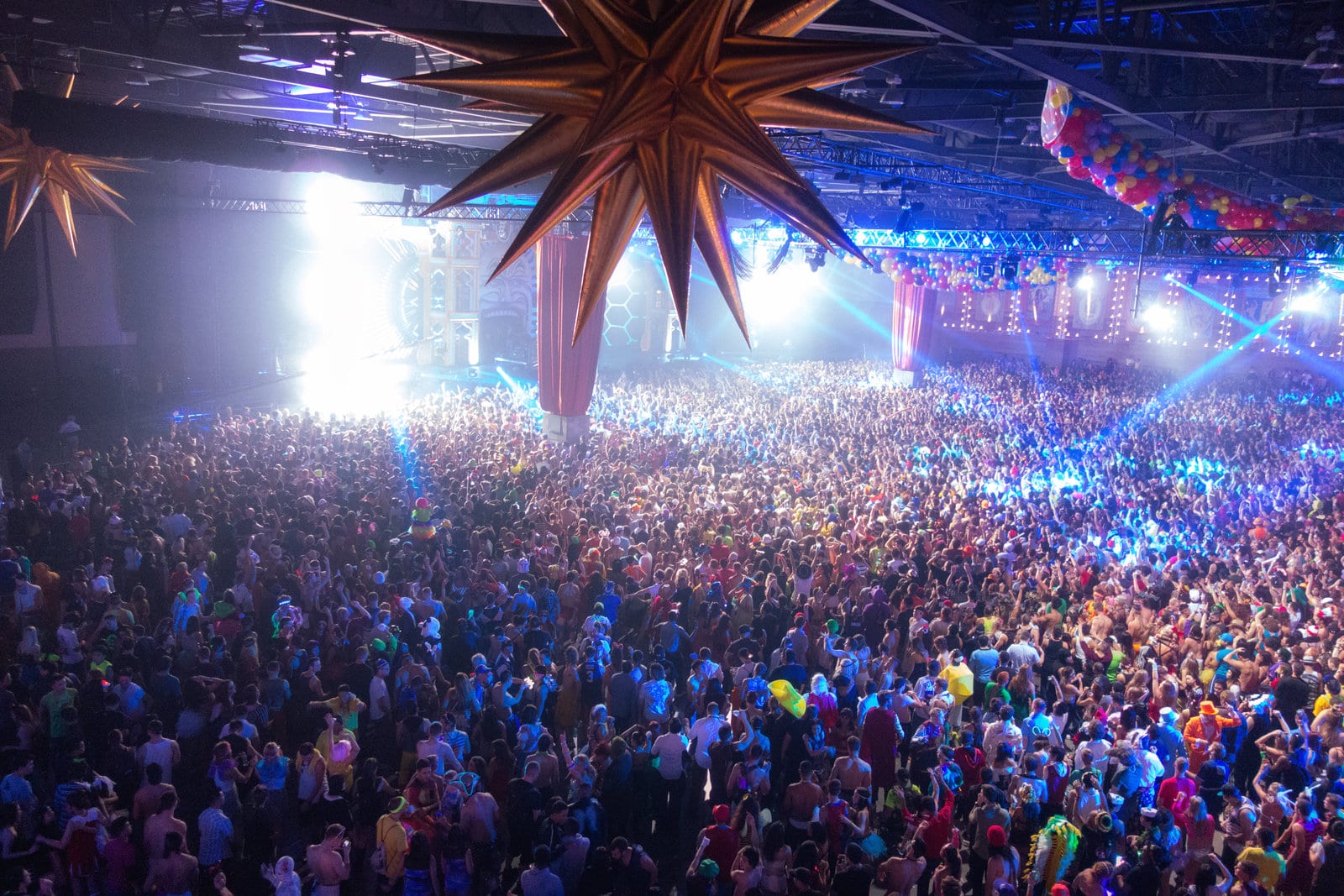 Seattle’s Sinister Circus returns for an epic night at the FreakNight Festival in the very heart of the city of beautiful Seattle. While only one night, FreakNight jam-packs a stellar lineup into the mix by bringing you the best in local and international talent for All Hallows Eve festivities. Hosted by the acclaimed USC Events, FreakNight is the longest-running festival as the connoisseurs of Halloween fun. This year, the WaMu Theater is converted into three stages, freak-show performances, games, and thrilling rides. As for the lineup, you can expect to see Don Diablo, Porter Robinson, YG, Deorro, Flosstradamus, Nora en Pure, and many others. Get your tickets here! 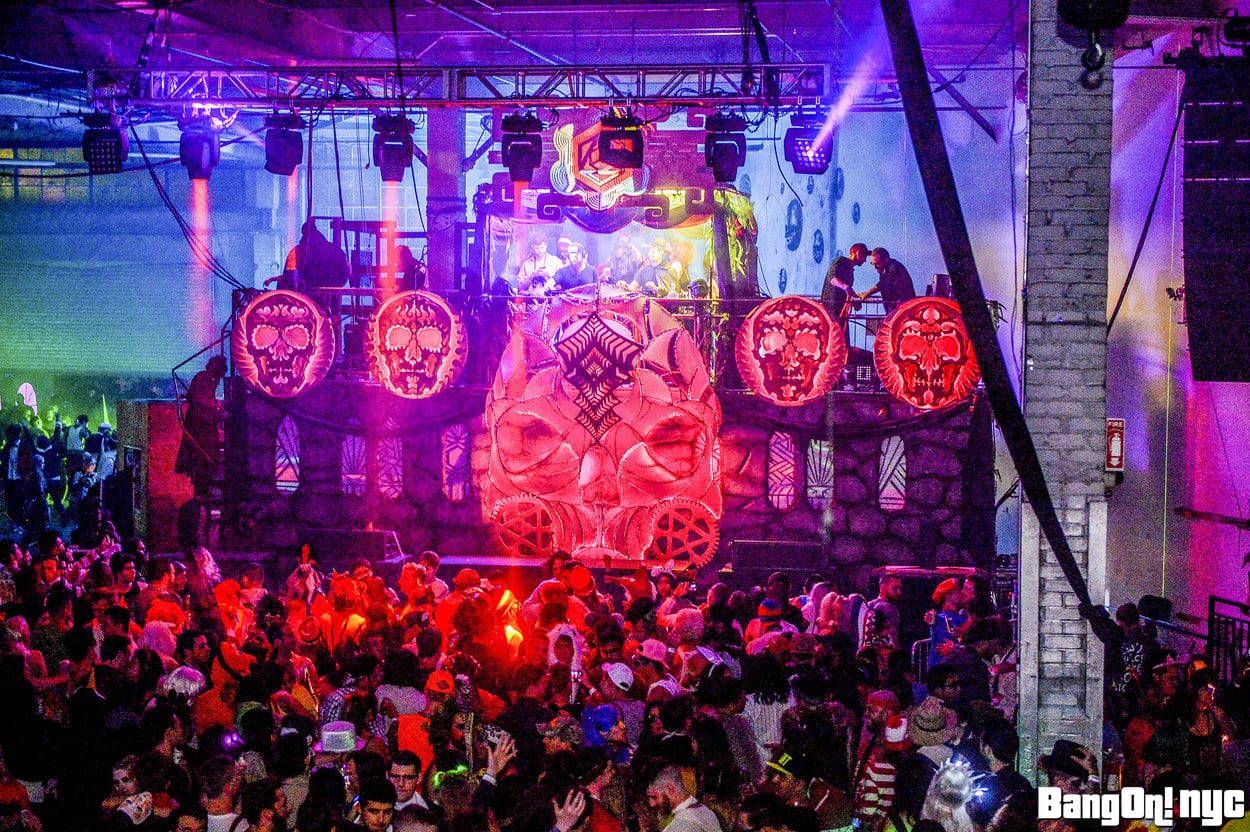 Everyone loves a good warehouse party, but Warehouse of Horrors takes it to the next level by hosting a two-day festival in a hundred-year-old warehouse in the center of New York City. Put on by BangOn!NYC, this is the 11th annual return of Warehouse of Horrors to the Big Apple. Each year, this event sells out because of the heavy focus on an ethereal experience accompanied by several stages, entrancing 3D visual displays, detailed themed decor, and high production value. On top of that, Warehouse of Horrors brings us a stacked lineup including Claude Vonstroke, San Holo, The Glitch Mob, Tara Brooks, and this year a surprise guest. Along with opulent lounges and a silent disco area, this will definitely be the best Halloween festival to attend for those on the East Coast. Tickets sell out quickly, so get them now! 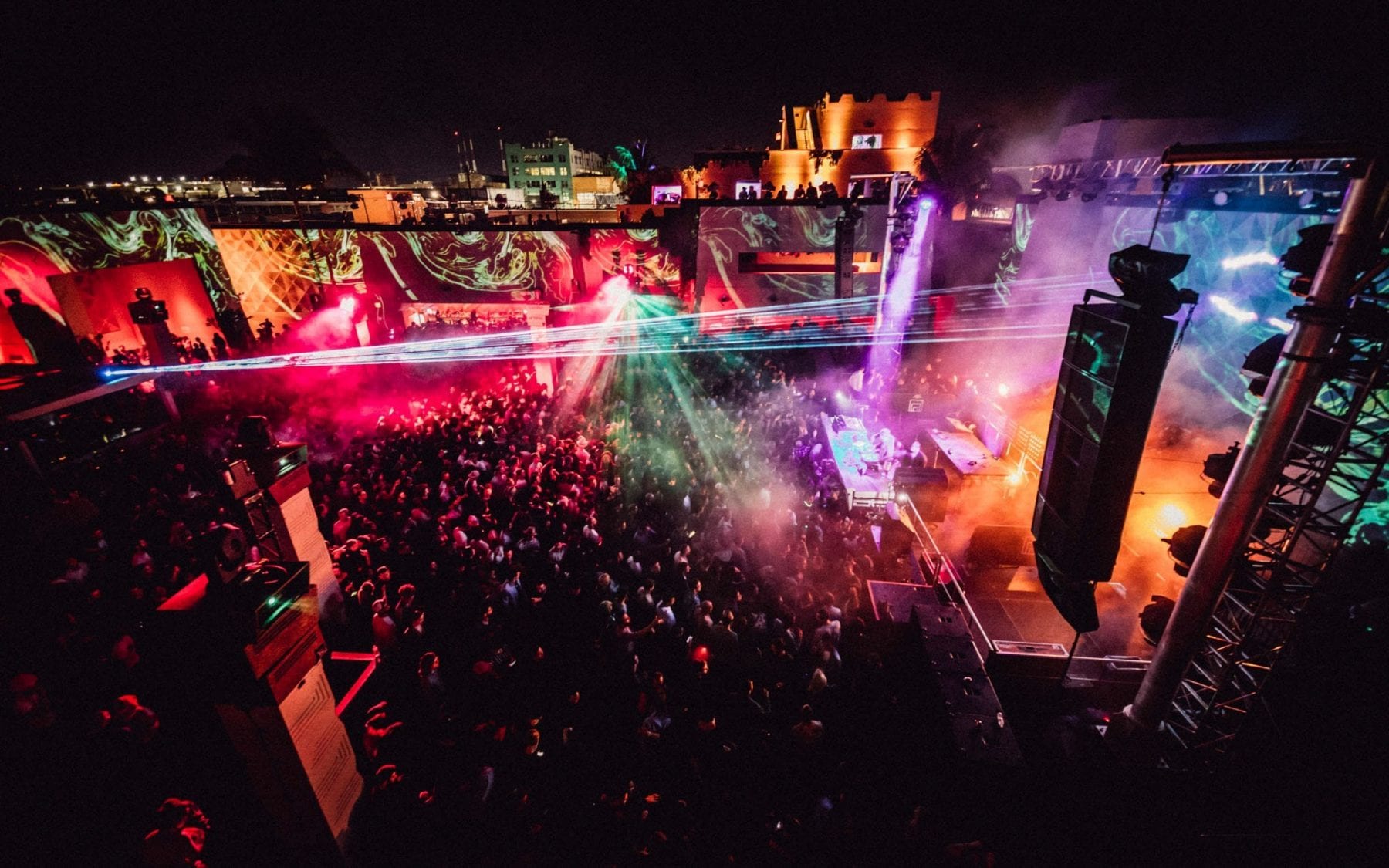 The Cityfox Experience team takes Halloween in NYC to the next level yet again as The Cityfox Halloween Festival returns for another year of haunted festivities. Cityfox is well-known for hosting the very best in techno and electronic music parties throughout the city. Paired with the acclaimed Silva Sveta to design the festive stages, the famous location at Brooklyn’s Avant Gardner is transformed into a fully immersive experience complete with four themed rooms, seven stages, giant mazes, and chill-out lounges in case you need a break from dancing the night away to eleven hours of dance music.  On top of that, Cityfox brings interactive art displays and visual mapping amidst a Halloween haven to give you a truly multi-sensory experience. This year’s lineup consists of DJ Tennis, Bedouin, Lee Burridge, and several others. This festival is nearly sold out, so get your tickets now! 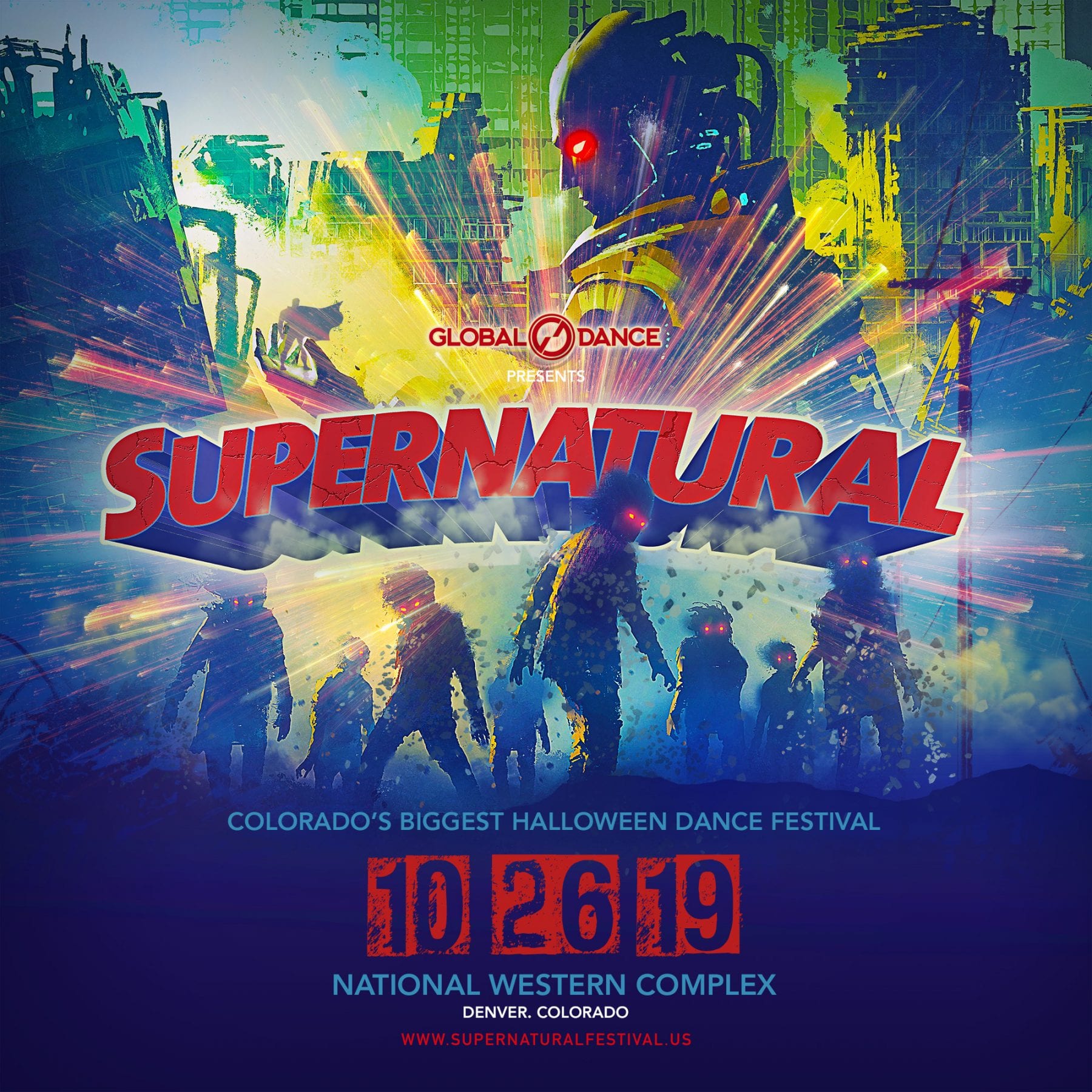 From the creators of Colorado’s Global Dance Festival and Decadence NYE, Global Dance presents Supernatural Festival to take place on Saturday October 26th. This will not only be the state’s largest dance party, but is sure to bring in crowds from across the United States due the amazing stacked lineup. This year, Supernatural returns with five stages as they take over the entire National Western Complex. Global Dance is a premier festival cornerstone that is well-known for their high-quality production, outstanding light shows, and top talent from around the world. The lineup this year includes Porter Robinson, Deorro, KSHMR, and several others. Get your tickets here! 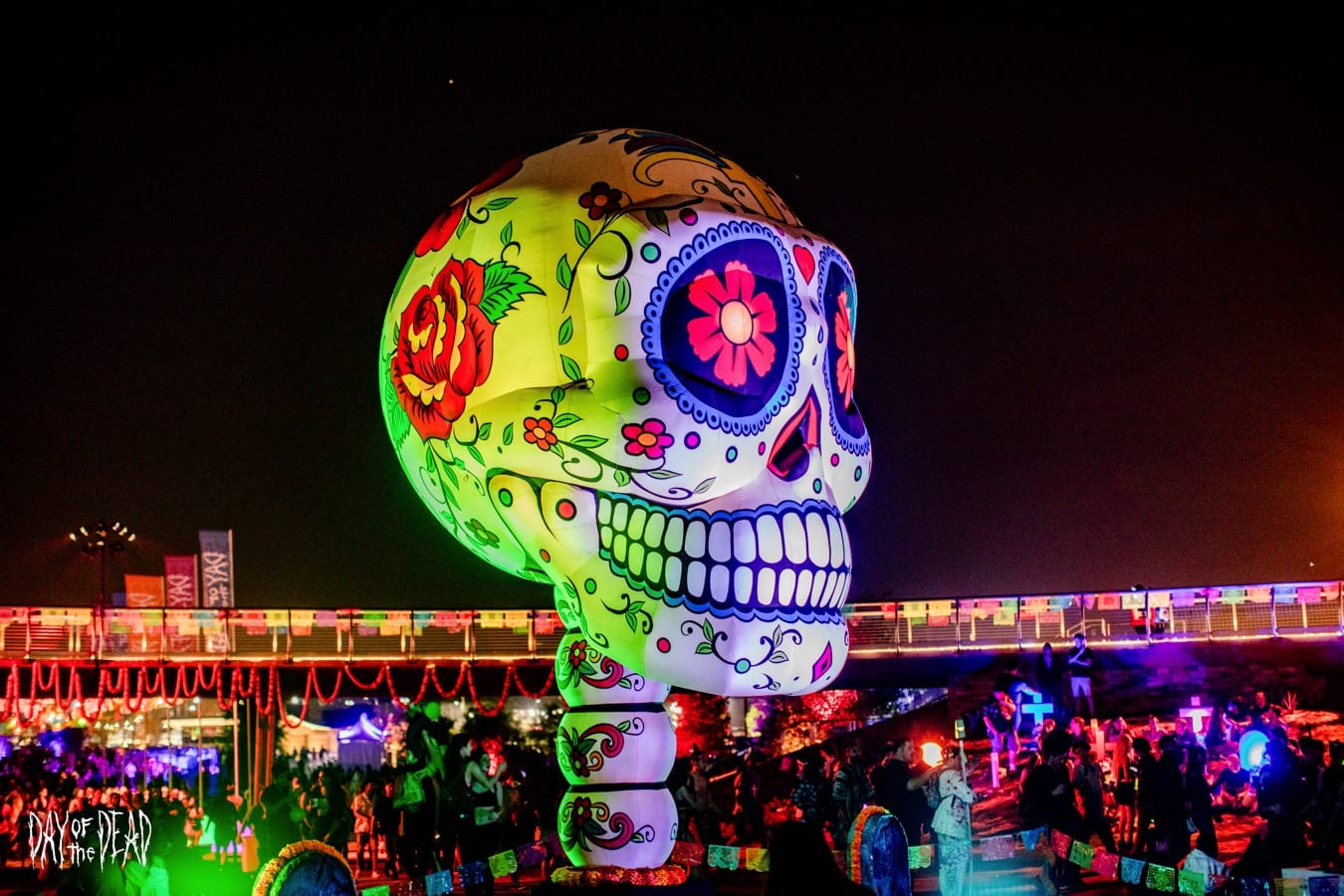 Hard Day of the Dead

As a post-Halloween festival, Hard Day of the Dead returns to the gorgeous outdoor location at Los Angeles Historic State Park at the original spot where the festival was first hosted back in 2012. As always, Insomniac never fails to disappoint as they bring us yet another high-energy festival in beautiful California with the 8th season of the Hardfest fall series. This year will be an exciting year for Hard Day of the Dead as they revamp the festival to bring it to the next level while including strong influences from the cultural roots where the name is drawn. This festival is amazing because it celebrates Dia de Los Muertos with EDM vibes, featuring flavorful authentic food, local artists, and a great lineup. This year will include appearances by Dog Blood, Tokimonsta, The Martinez Brothers, Damian Lazarus, and several others. Keep the fall festivities going and your tickets here! 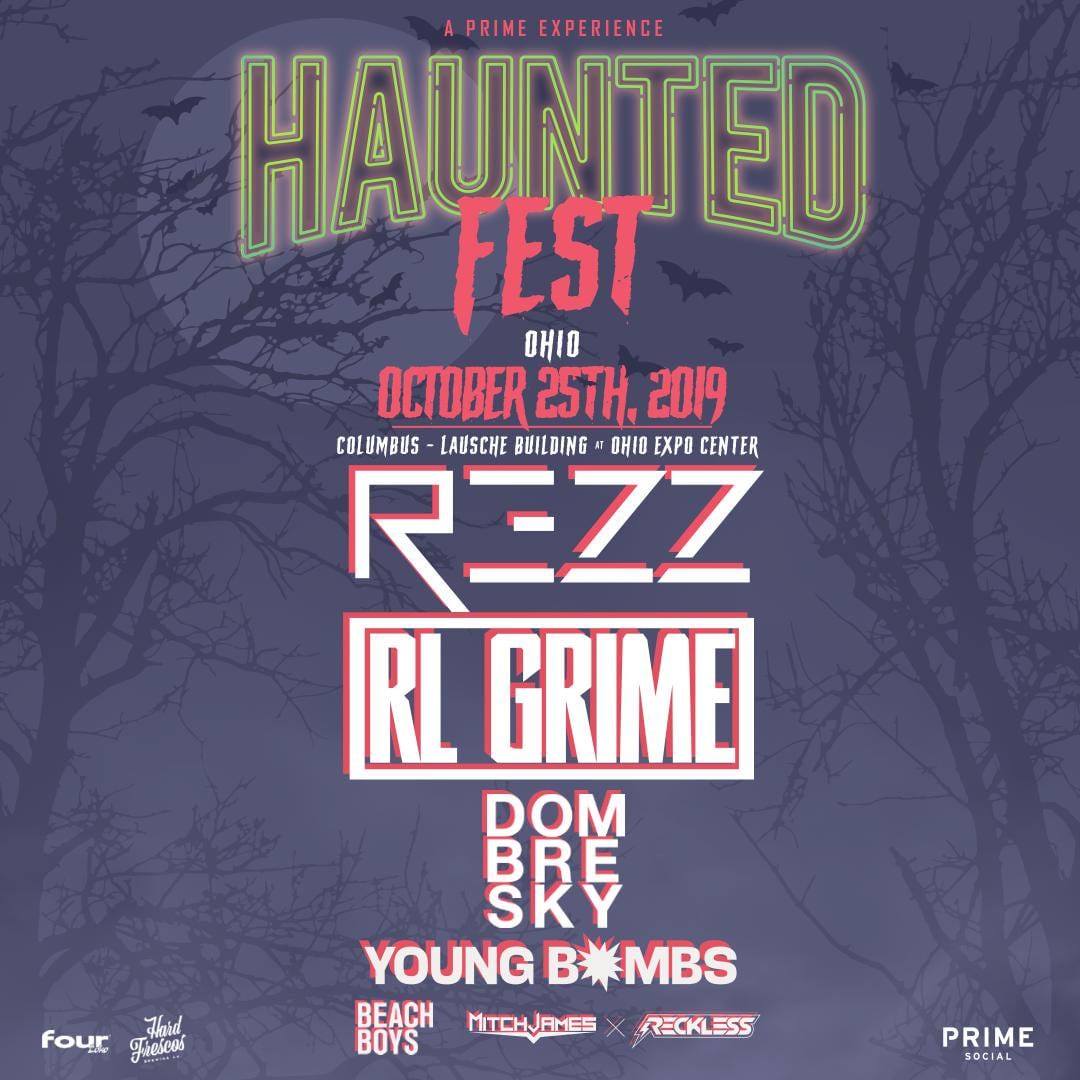 Haunted Fest returns this year to not just one, but two locations in both Columbus, Ohio and Indianapolis, Indiana. Haunted Fest is collectively known as the premier Halloween party and festival for the midwest and is certain to be an incredible festival at either location. Not only will each feature a silent disco this year, but the lineups at both are stacked. For those attending at the Ohio location, get ready to dance the night away to REZZ, RL Grime, Young Bombs, and many others. For those attending the Indiana location, prepare your costumes and wear your dancing shoes for a night featuring RL Grime, Whethan, Cam Miller, and others. Get your tickets now!