TVBOO has entered the realm of bass music with no grime left behind as he shakes up the scene a bit with this trap-infused banger. Following his Cult Classics EP released through Outer Realms (Minnesota’s record label), and fan favorite, “Book Worm”, TVBOO has us shook and wanting more. Even Alison Wonderland, Subtronics, Boogie T, SubDocta, LSDream, Um.., Liquid Stranger, Jantsen, Klutch, and Levitation Jones seem to be wanting more, as they have been supporting TVBOO along his journey.

TVBOO destroyed the decks at Imagine Music Festival, Lost Lands, and most recently Emissions Music Festival, and absolutely will not stop there. This otherworldly producer from Jackson, Mississippi also connects with fans on his trending “TVBOO Talks” video clips on his social media. Trust and believe this is only the beginning for TVBOO as he plans on releasing more grungy deliciousness very soon. 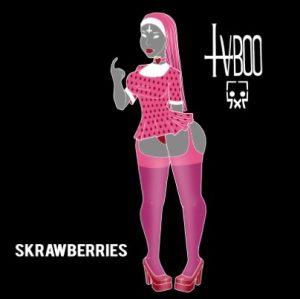