ULTRA Japan has delivered the first installment of their 2018 lineup ahead of the festival’s 5th anniversary. Featuring internationally renowned electronic music talent from every corner of the world, ULTRA Japan makes its highly anticipated return to Tokyo Odaiba ULTRA Park across 3 days and multiple stages this autumn, September 15, 16 & 17, 2018.

A high class assortment of mainstage acts has been announced alongside those representing the underground sounds of RESISTANCE, directing the attention of fans from every facet of electronic music towards Tokyo this September. 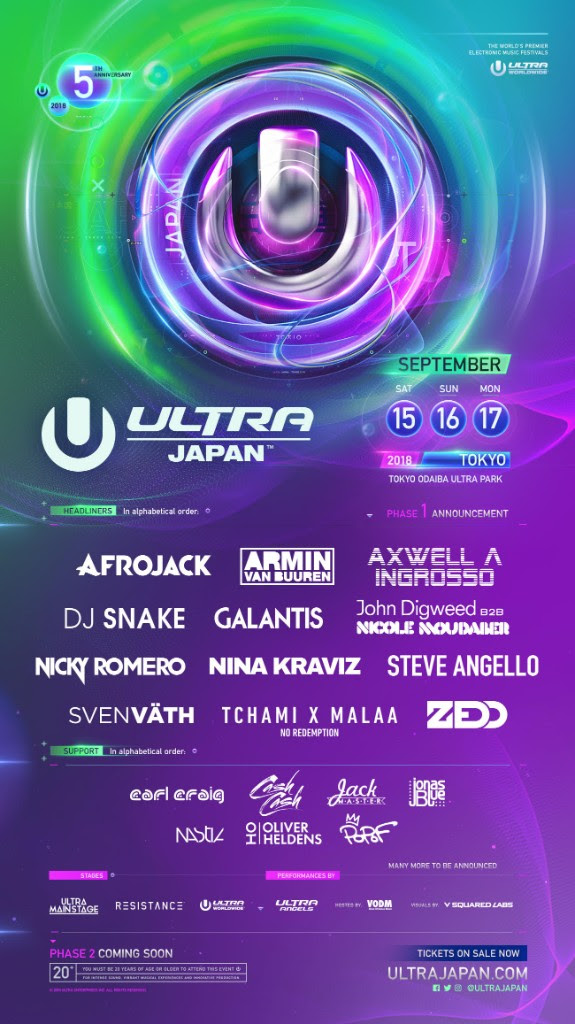 5 Artists You Are Excited To See at HSMF