ULTRA Will Not Return To Miami In 2020

This story is developing:

Ultra has decided NOT to renew their license with the City of Miami and have voluntarily decided to move the festival to another location for next year’s edition. “After listening to feedback from many of you, including (including over 20,000 fans who took our post-event survey), it is clear that the festival experience on Virginia Key was simply not good enough,” Ultra said in an official statement.

The City of Miami was set to meet tomorrow, May 9th to decide if they would like Ultra to return. However, according to Ultra’s contract, the festival had 60 days to decide if they wanted to renew their license. Ultra has decided not to, after nearly 20 years in Miami.

The festival might find a new home in Homestead, according to some sources. 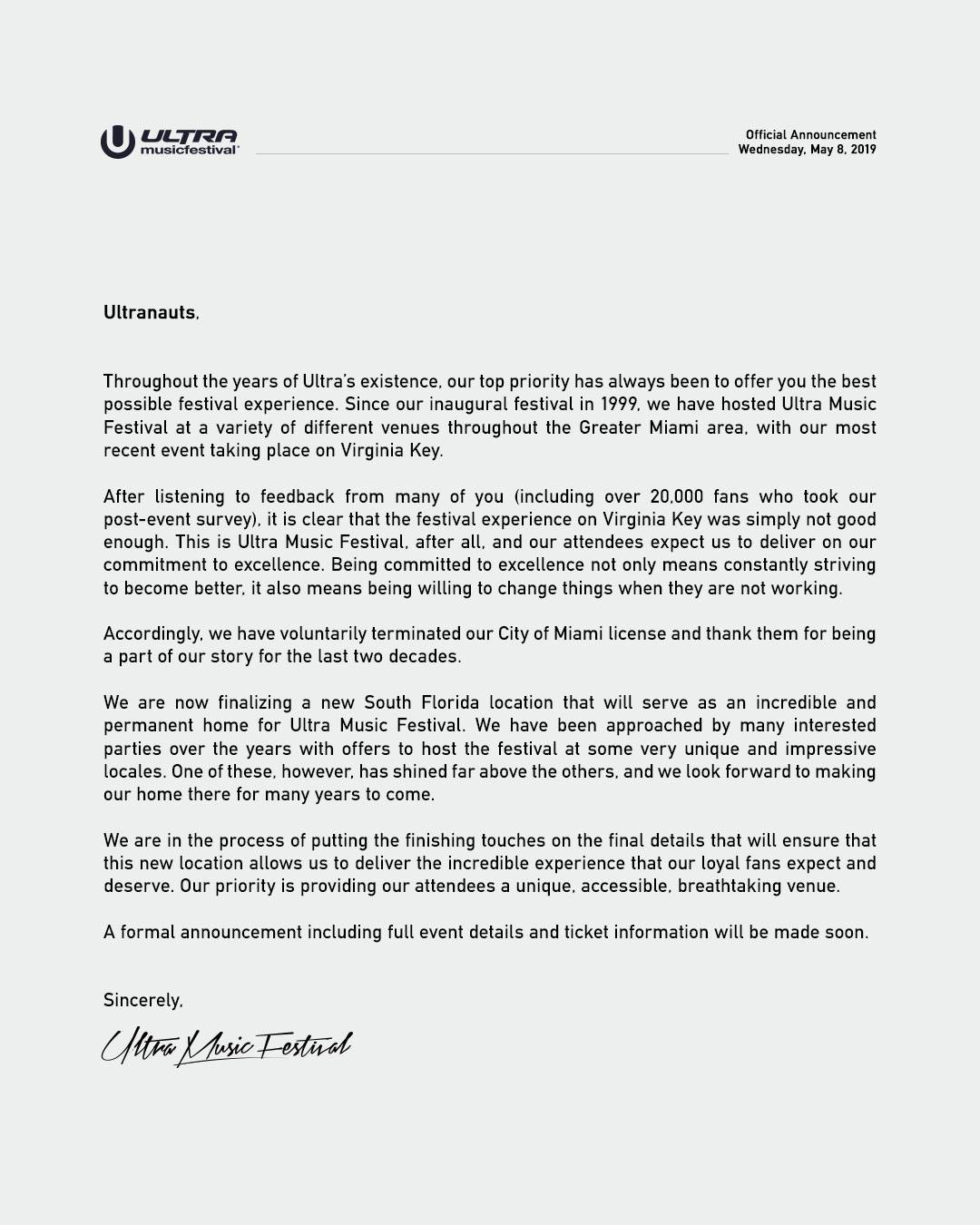 All My Friends Music Festival Returning to Light Up DTLA