Taking place from Dec. 30-31 at the Colorado Convention Center in Denver, this year’s edition of Decadence, dubbed The Digital City, will undoubtedly further the reputation of promoter Global Dance and their annual New Year’s bash.

Consistently booking some of the best acts in dance music is why Decadence Colorado continues to be touted as one of the premier New Year’s festivals in the country, but this year’s edition of Decadence will also spotlight a number of great artists who aren’t headlining just yet.

Here are three undercard artists to check out at Decadence Colorado 2022. 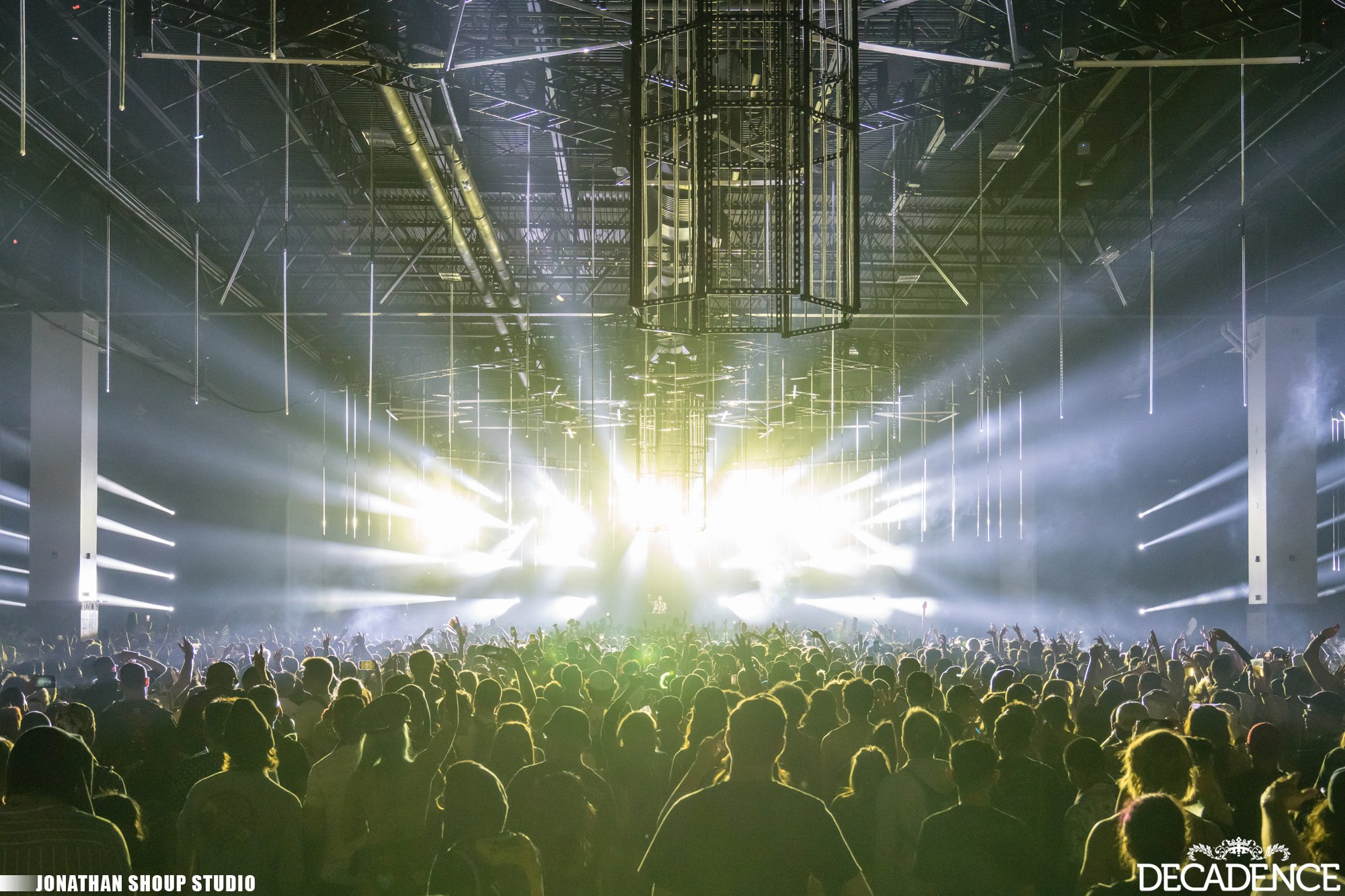 FrostTop will close his 2022 right at Decadence, capping off a year in which he toured with NGHTMRE, played Ultra Miami, HARD Summer, and EDC Las Vegas as a part of Nightmode’s stage takeover. He will also keep up the momentum into 2023 by performing at EDC Mexico in February.

FrostTop is sure to bring the energy for a set that will have the Decadence crowd amped.

Returning to his hometown of Denver, Decadon will show off his guitar skills and signature rock and roll bass music at Decadence Colorado on Dec. 31. The self-taught musician has also played Lost Lands, Bass Canyon, and Sunset Music Festival, opened for Sullivan King at Red Rocks in June and played at ILLENIUM’s Ember Shores earlier this month.

Returning to Decadence for a second year, the Monstercat artist has opened for acts like Said The Sky at Red Rocks and ILLENIUM at Ember Shores, in addition to playing support for Tiësto and Martin Garrix. His songs have also been featured in popular video games like Rocket League and Forza Horizon.

Ravers at Decadence can enjoy some time on cloud nine when CloudNone takes the stage.

byPeter Volpe
We use cookies on our website to give you the most relevant experience by remembering your preferences and repeat visits. By clicking “Accept”, you consent to the use of ALL the cookies.
Do not sell my personal information.
Cookie SettingsAccept
Manage consent