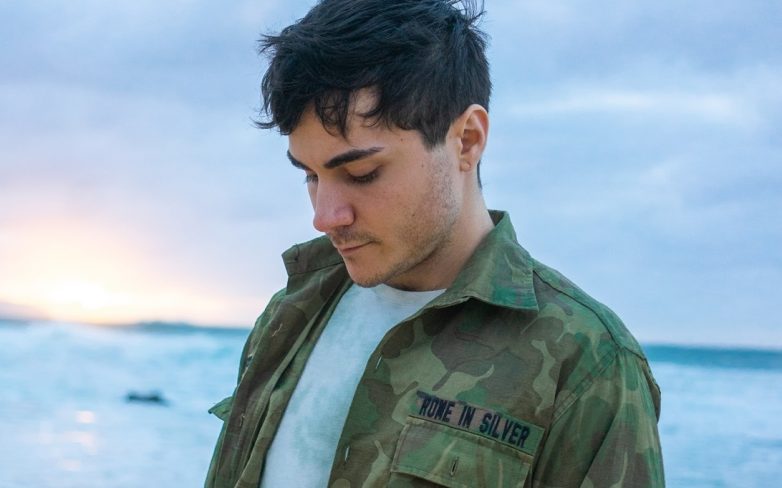 Up Close & Personal With Rome in Silver: Exclusive Interview

For those of you active on Soundcloud, you know that the biggest hidden gems can be found there. Rome in Silver has been making waves over the last couple of months especially as all his hits provokes us to remember the joy that we once had when attending a show. Known for his bass-heavy summery vibes, it was an honor to get to learn a bit more about Rome in Silver and we know you’ll love this exclusive interview just as much as we do. Check it out below.

Hey! My name is Vinny Pisciotta aka Rome in Silver and I’m a music producer based out of Orange County, California. I’m 26 and have been producing electronic music for about 12 years now.

This is always a tough question for me since I make a little bit of everything so I usually just put my music under the broad umbrella of dance music. I like to focus on making funky driving basslines and while I wouldn’t say I make bass music, I think it’s a key focus point in my music. Currently I would say my music relates the most to Memba or Robotaki.

Before the economy went south in 2008, I was going to a private school where there were nice computers and such. My friends and I would be in class and mess around on garageband in our spare time. I was in elementary school then so I’d say I learned production quite early. Then as time went on I kept producing, got better, discovered electronic music and the rest is history!

His name is Diego Rodriguez aka Paranoidme and he’s absolutely amazing. I give him slight direction, but majority of the time it’s his ideas that make the art come to life. When I discovered him I knew right away he would be a perfect fit for my project. We will most likely be working together for a long time.

5. Although you have music on Soundcloud dating back 5 years ago, why do you think your songs are gaining more traction right now? What’s different about your music/musical process?

I am a bit bashful when it comes to my older stuff. I’ve taken a lot down but left some up because it seems like people still enjoy them. I’m not entirely sure what happened but when I listen to my older work I can hear a drastic difference, yet I still hear a maturing style coming in to play. I think I have a better sense of direction now and I use recurring themes while still keeping things fresh. I think some people learn quickly and others take much longer. For me it was a very slow process and it took me a while to get a grasp of things.

6. Who are your biggest inspirations in the music industry?

Funny enough, I released Yoko in 2016 but then we decided to re release it this year because it was very fitting for my most recent EP on bitbird. I think it’s a combination of that main bassline mixed with the light and upbeat melody. The contrast ended up working so well. My personal favorite is a remix I did for my friend Ishi of his song “Bring The Thunder”. Sort of an indie/electronic blend and I will probably make a lot more like that in the future.

I have some singles coming over the next few months, as well as a few remixes and then another EP around early fall that I’m really excited about. And then hopefully by the end of the year or next year when the world is stable I can get back to where I left off and hit the road for these tours, festivals, etc!

Yes! “Friends” is a song written by me and a lovely talented singer by the name of Chae. It’s a super funky 4 on the floor tune that’s pretty similar to my song “Fool”. I love writing songs in that style and that tempo. It’s going to be a super fun one!