We Are NRG Returns To SoCal In May

Insomniac Events has announced the official lineup for We Are NRG 2017 SoCal and it’s pretty electrifying.

I’m really excited to check out everyone on the lineup especially artists who I haven’t seen before like Joyryde and Trippy Turtle.

I know I can’t miss my best friend Carinne’s favorite artist – the one and only Fedde Le Grand. He has been dropping some new music over the past few months so you can probably count on hearing that at We Are NRG. More than 12,000 people attended the sold-out festival last year.

It’s always fun to party in the massive Damus Building at NOS for a more “intimate” party. You could almost make this your official SoCal EDC pre-party if you’re heading to Las Vegas in June.

If you are unfamiliar with any of the artists, be sure to check out the official We Are NRG playlist here for free on Soundcloud. 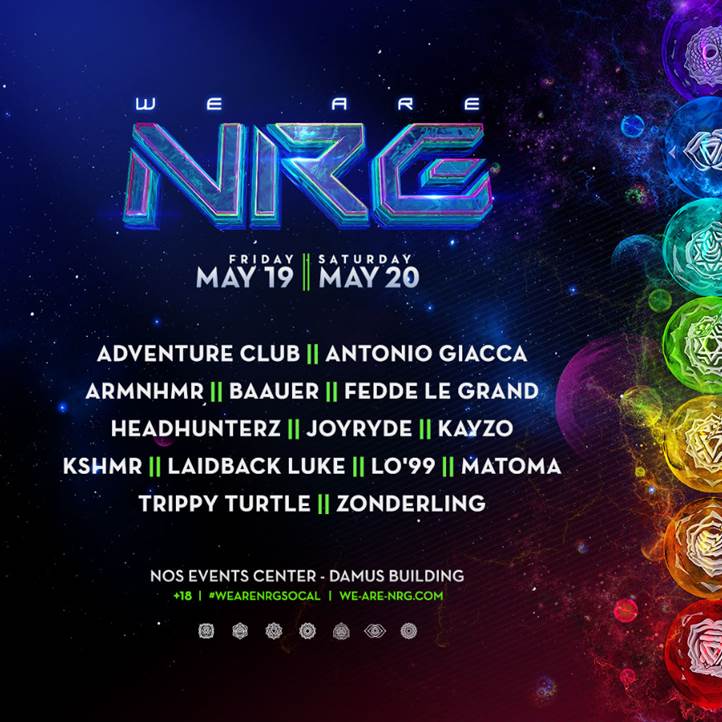 Join Us For United We Groove Miami 2017