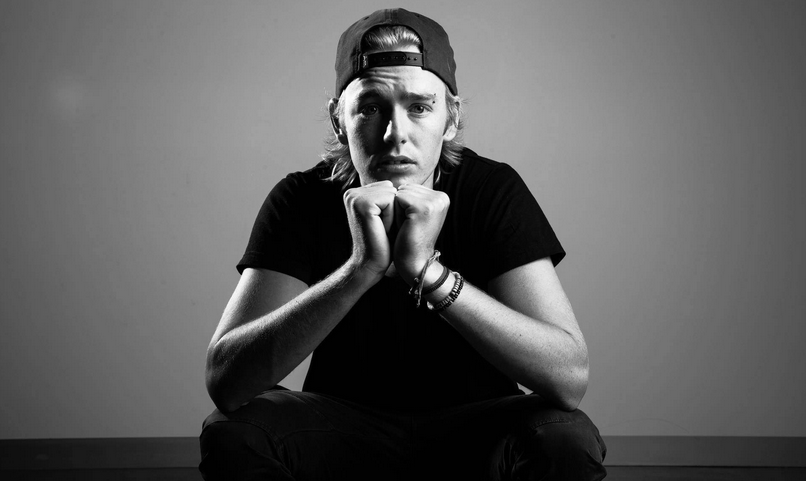 From the home of the “Melbourne Bounce” in Melbourne, Australia hails to us young 21 year old Will Sparks. The relatively new Electro House sub-genre has been taking over dance floors everywhere, with producers like TJR, Joel Flecther, and Will Sparks at the forefront paving the road.

Towards the end of 2012, Will released two tracks which began to snowball his career and helped put Melbourne Bounce on the map, “Okay,” and “Ah Yeah!.” TJR was such a fan of “Ah Yeah!” he went on to release a personal edit of his own. Will continued to drop massive hits throughout the year, doing an official remix of Laidback Luke & Hardwell’s “Dynamo,” an unexpected (yet awesome) official remix of Robin Thicke’s “Blurred Lines” feat T.I. and Pharrell, and three solo tracks “Chemical Energy,” “The Viking,” and “Phoenix” all released on one of Australia’s biggest EDM labels OneLove. He wrapped up 2013 by dropping a remix of TJR’s super bouncy track “Ode To Oi.”

With Will’s arsenal of music rapidly growing, it was time to hit the road, and he did just that. Will has brought his Melbourne Bounce to numerous festivals including TomorrowWorld, Stereosonic, Goodlife Festival, Future Music Festival, SummerDayze, and recently with Avicii on his True Tour in Australia alongside Joel Fletcher, New World Sound, and Throttle. While hitting the road hard he’s still managed to put time in the studio, dropping yet another track “Catch” on Ultra Music.

Currently Will is over-seas touring to promote his newest track “When The Lights Go Out.” The tour (When The Lights Go Out) spreads all across Europe with dates in 11 different countries including Hungary, Italy, France, Sweden, Austria, Scotland and more. Before he took off we got a chance to catch up with Will, check it out below and keep an eye out him this summer at a festival near you, including at Tomorrowland which he just recently announced!

Interview with Will Sparks

EDM Maniac: Will, thanks so much for meeting with us. Let’s get right to it, some of these questions came from our fans on Facebook like this one: What inspired you to start producing?

Well the music back in the day in Melbourne, this whole underground thing was coming up. My siblings, particularly my sister, were listening to it a bit, and I was a complete metal head and hated most house. I listened to this underground stuff and it was still heavy and it I liked it. I heard it on a big system and I heard it live and started going to festivals (underage!) jumping the gates, and also clubs and just fell in love. Then I got this program on my computer and realized my ears were trained to do it in key and practiced for a bit. I went from being a guitarist to dance music!

EDM Maniac:  Aside from Melbourne, what are you listening to?

Progressive house, Adam K, Deadmau5, not really deep house but really progressive vocal tracks, I love a little bit of trap every now and then. And definitely metal. Haven’t downloaded any new albums so I haven’t listened to much of the new stuff.

EDM Maniac:  When you’re putting different genres together.. How do you do it, what’s the process like?

With the drums and death metal music it’s a double pedal and I try and put that in every track. It’s become a signature intro for me; it’s kind of how I’m contributing to the electronic sound. I try o do stuff on guitar and then try to mimic it and record it. I am starting to put guitar in, and its time to put an actual instrument into songs!

EDM Maniac:  What artists would you like to collab with?

Showtek, they’re sounds are on another level! Who else.. Afrojack would be sick, or Martin Garrix.

I’m excited for a few, I’m not sure if I’m allowed to say them yet! I recently played EDC Mexico and that was great!

EDM Maniac: How was EDC Mexico?

EDM Maniac: What’s it like playing Insomniac shows vs. other events?

The festival vibe here is just really crazy! Plus you get your own room and buffet and they look after you really well. It’s really fun! My favorite part is the table tennis backstage! I’ll be breaking a sweat before I get on stage.

EDM Maniac: What else is coming up?

Tomorrowland! Every time someone asks me what festival I want to play at, I say Tomorrowland! And now I get to go there! I’ve got a sick stage and a sick time.

EDM Maniac: We’ve watched you come up very quickly! What’s that feeling like?

Surreal. You don’t really take it in until you stop. I did the whole Melbourne thing and then to America, and then to Europe, and then I came back to America and it’s surreal! Before all of this, I was working in a freezer. I feel so blessed!

EDM Maniac:  If you could change one thing about your journey professionally, what would you change?

I wouldn’t change one thing. I’m so happy. I’m so happy with the decisions I have made. I was surrounding myself with terrible people before coming into the scene that were really bringing me down, and I needed to get my name out there. I’ve got a great manager, and all of them, I trust them and they wanted to help and build me. There are still so many goals to achieve though!

EDM Maniac:  Surrounding yourself with people… any other advice you would give to aspiring producers/DJs?

Break the rules! Don’t do what people tell you to do if you don’t want to. Don’t listen to them, put your music out, who knows, it could get signed in two months! Also, these days, its basically scheduled head. So you have to make the future. If I make something today, it’s going to come out in like six months, I just released one and I made it a year ago.

EDM Maniac: When you get it, what are you doing in your free time?

I’m training, I like to work out, I like to do proactive things. Produce music; and really just relaxing. I like to do nothing for one second. Whenever I do that though, I kind of feel guilty because I feel like I should be working. You have to work hard!

EDM Maniac: In a couple of years what will we see Will Sparks doing?

I’ve always worked with samples and tapping on the cue button so I’m going to get more equipment and I’ve written a few songs on guitar and I’m going to produce it and maybe put it on an album! And then play it live. And I’ve already practiced it! I’ve already made these songs and I can see them in a few years getting big!