Zedd’s North American tour started last night in Boston, but the night ended in tragedy when one person died and two more were admitted to the hospital.

[quote]The overdoses were reported to Boston police at 12:42 a.m. Police said an adult female was pronounced dead after being transported to Beth Israel Deaconess Medical Center and an adult female and an adult male were also taken to that hospital, where they were in serious condition late this morning.[/quote]

Police are currently investigating what has happened, and Zedd has canceled his show tonight. 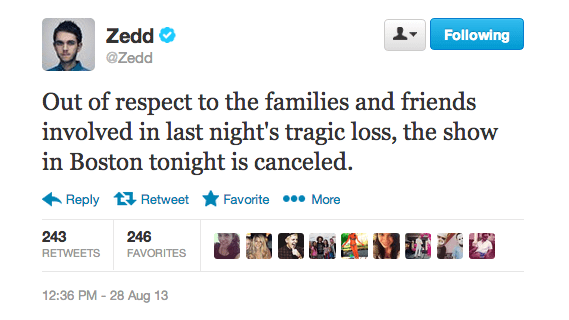 more via The Boston Globe