The boys (Zeds Dead) have just released their highly anticipated Deadrocks lineup that will take over Red Rocks Amphitheatre on Friday, July 2, and Saturday, July 3. Ever since Zeds Deads’ first Deadrocks, the event has been highly sought after and has often sold out in rapid fashion. Tickets for Deadrocks VII have already sold out due to the postponement of the 2020 event, and so did tickets for Zeds Deads recently announced Deadbeats Backyard Jamboree event.

Fans who have held onto their tickets since last year should be extremely excited for this year’s Deadrocks, as the boys certainly brought the heat with this year’s lineup. The first day of Deadrocks will feature performances from Blunts & Blondes, Delta Heavy, Zeke Beats, Sippy, and Chompaa. The second day of Deadrocks is equally as impressive as the first, as the lineup features Kill The Noise, Eprom, GG Magree, Chee, and Cozway. Both days of Deadrocks will be headlined by Zeds Dead.

Tickets for Deadrocks VII are already completely sold out and have been for some time, however, resale tickets may be available via AXS.com. Re-sale tickets may exceed face value and should be purchased at your own risk.

View the full lineup for Deadrocks VII via the graphic below. 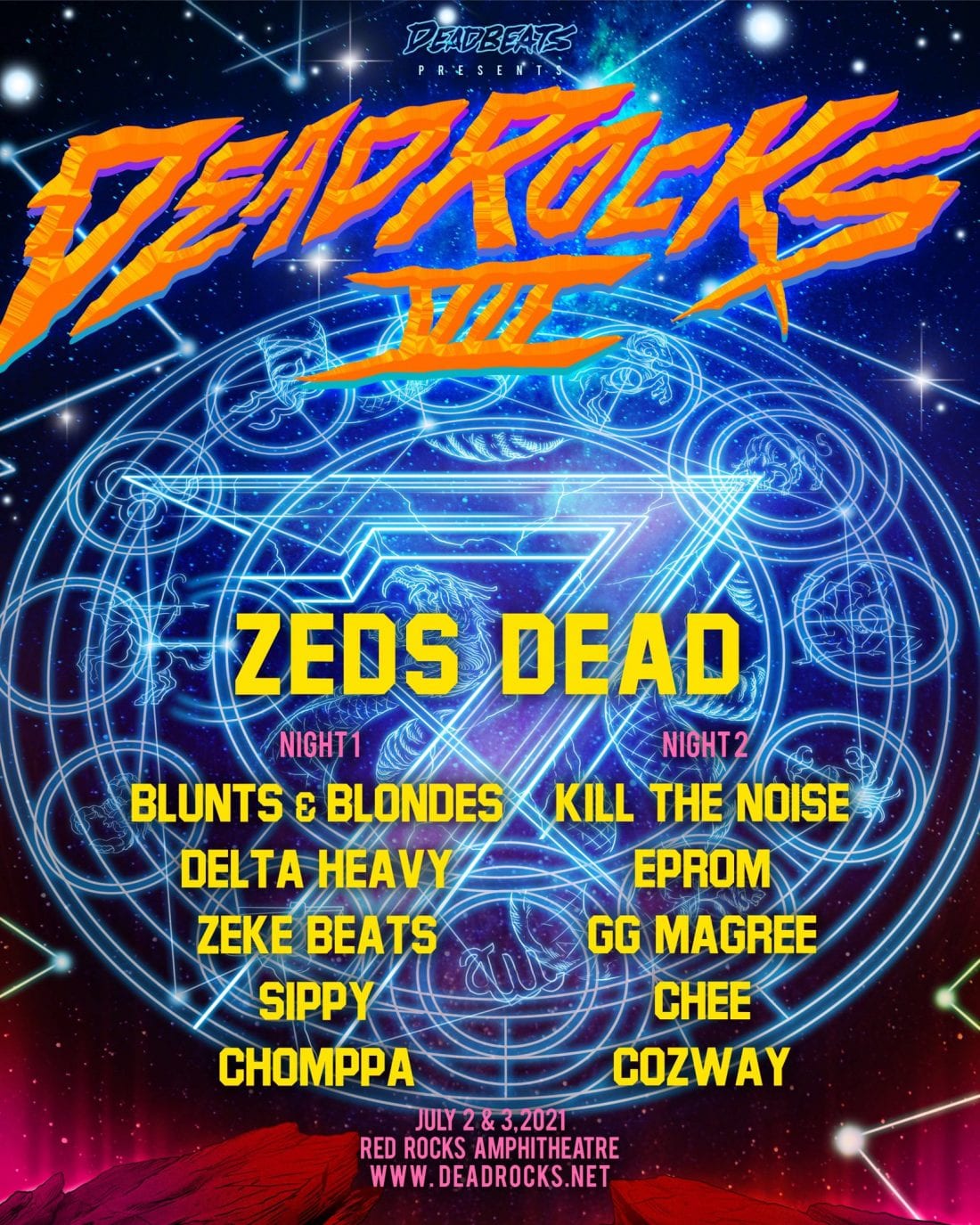