San Francisco native and Los Angeles based DJ/producer ZHU published a mysterious announcement regarding a new project that is touted as his “most captivating project” to date. Via an Instagram post this morning, ZHU revealed that this new project will involve the release of a brand new album. This will be the mark his third studio album, with the most recent Ringos Desert released back in 2018. This news follows an exciting year for the world-renowned DJ after a busy year on the road in 2019 along with several song collaborations with NGHTMRE, The Bloody Beetroots, and others. 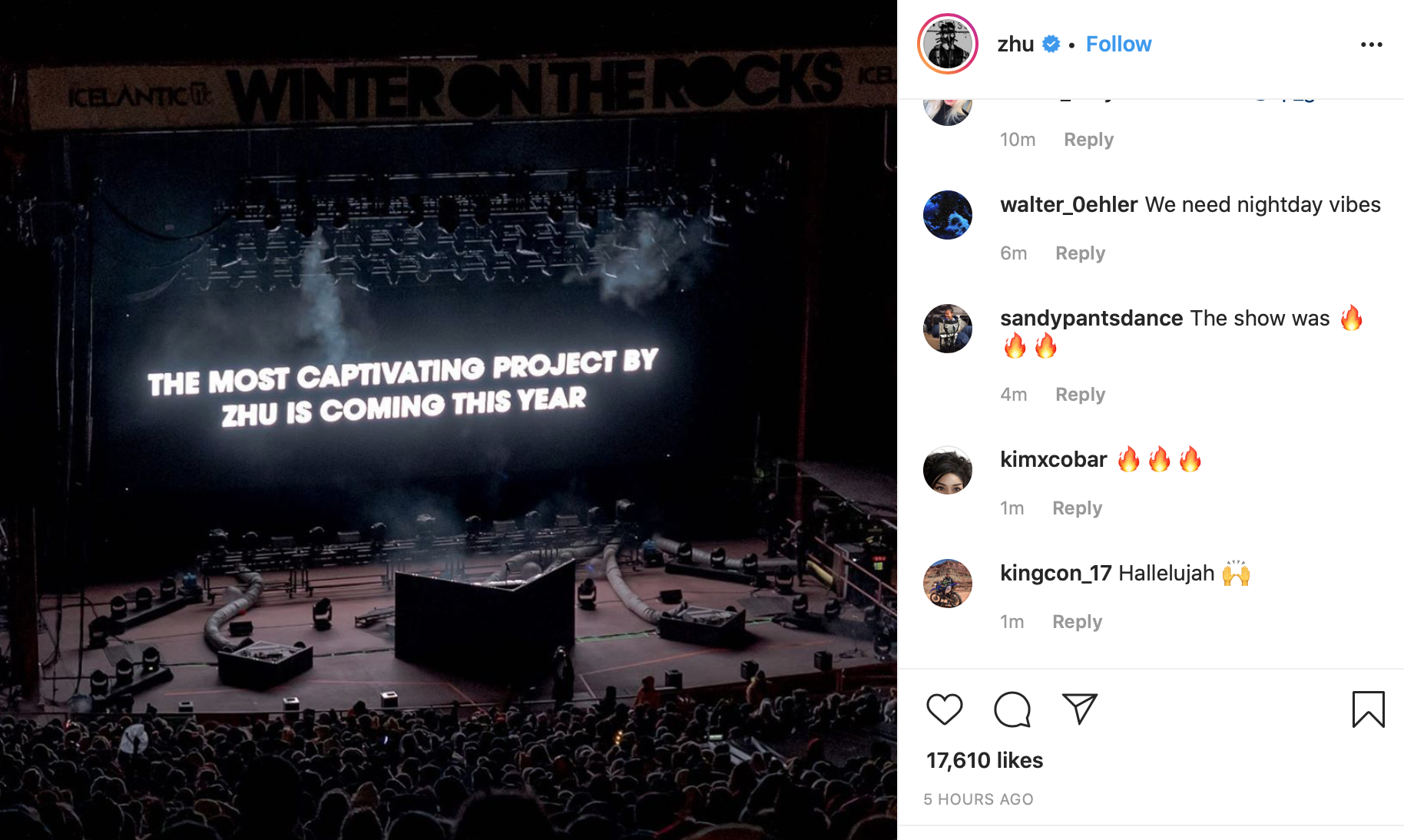 The title and expected release date have not yet been revealed, but the production of another ZHU album is highly anticipated. With the rise to fame in 2014, ZHU almost immediately became a worldwide sensation with the release of his famous song “Faded.“ The song was named “Essential New Tune” on BBC Radio 1 by Pete Tong that same year. Since then, ZHU has continued to impress fans and electronic music lovers around the world with his unique take on soulful house and stellar remixes. Typically, most album releases are followed by a tour that would make for some extra exciting news for the electronic music circuit. For more updates, follow us and keep an eye out for more ZHU news!