Ziggo Dome To Host Its First Techno Event In October

Reinier Zonneveld will perform for 13,000 people at the iconic Ziggo Dome on October 15

Awakenings and Reinier Zonneveld have joined forces and will be taking over Amsterdam’s Ziggo Dome during ADE (Amsterdam Dance Event) for an unforgettable night of techno. The event is scheduled to take place on October 15 and will feature an all-night live show from Zonneveld. For those that don’t know, Awakenings is known for its legendary planning during ADE, as the company has frequently hosted local promoters to perform over a series of techno events. This event will be the largest that Awakenings has ever produced, and the first techno event to be held at Ziggo Dome.

The event is set to be the largest indoor techno event in global history with a single artist in one room. Zonneveld is one of techno’s most popular artists at the moment as his sets combine fan-favorite tunes mixed with stamina and Zonneveld’s signature sounds. When asked about his upcoming Ziggo Dome performance, Zonneveld disclosed that,

“When Awakenings approached me to host a show at the Ziggo Dome during ADE, where the biggest artists in the world have performed, I couldn’t believe it at first. To do such an event during ADE with Awakenings is truly a dream come true. I can’t wait to crush the Ziggo Dome for an entire night with 13,000 partygoers.”

Tickets for Zonneveld’s Ziggo Dome event will go on sale at 8:00 PM CEST and can be purchased by clicking here. 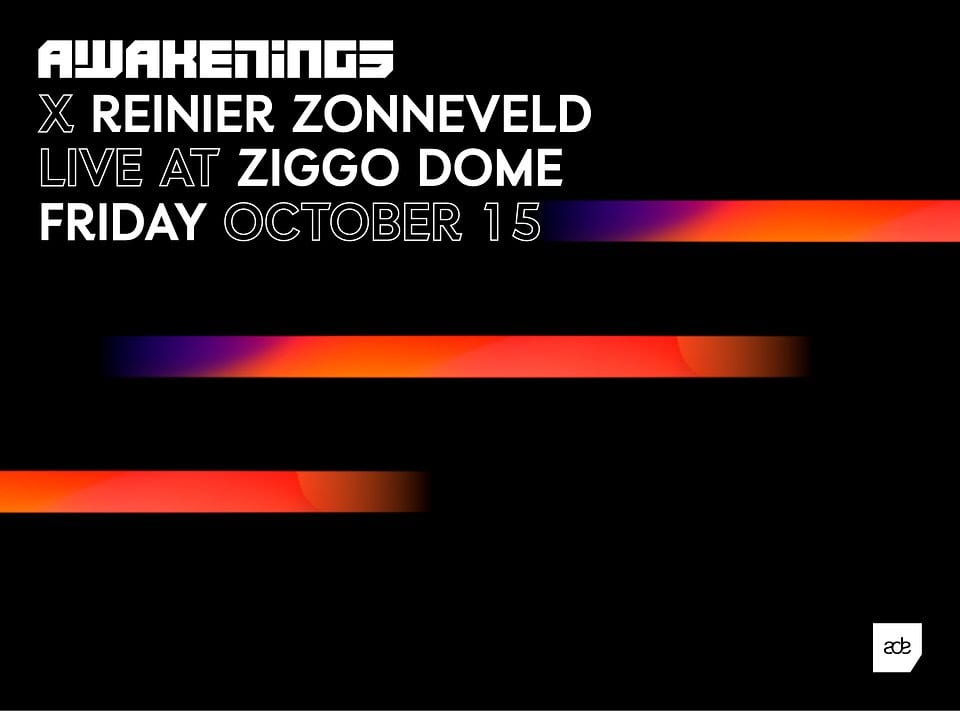 LA IS BACK! Your Guide To The Best Reopening Week Events And Parties