12th Planet and Rusko are bringing a very special joint set to Nova in San Diego on December 17 for the Dubplate Special.

The co-headlining Dubplate Special tour was announced earlier in June with several dates across North America, but this San Diego date was just added.

This Bassrush event will feature an old-school bass back-to-back and tons of original and unreleased music. Bass fans will have plenty of music to headbang and fist-pump to with the two seasoned dubstep veterans.

Nova is one of San Diego’s newest nightclubs and has brought plenty of heat since its opening earlier this year. Previous artists include Kaskade, Deadmau5, Golden Features, and SAYMYNAME.

Tickets will be available here. 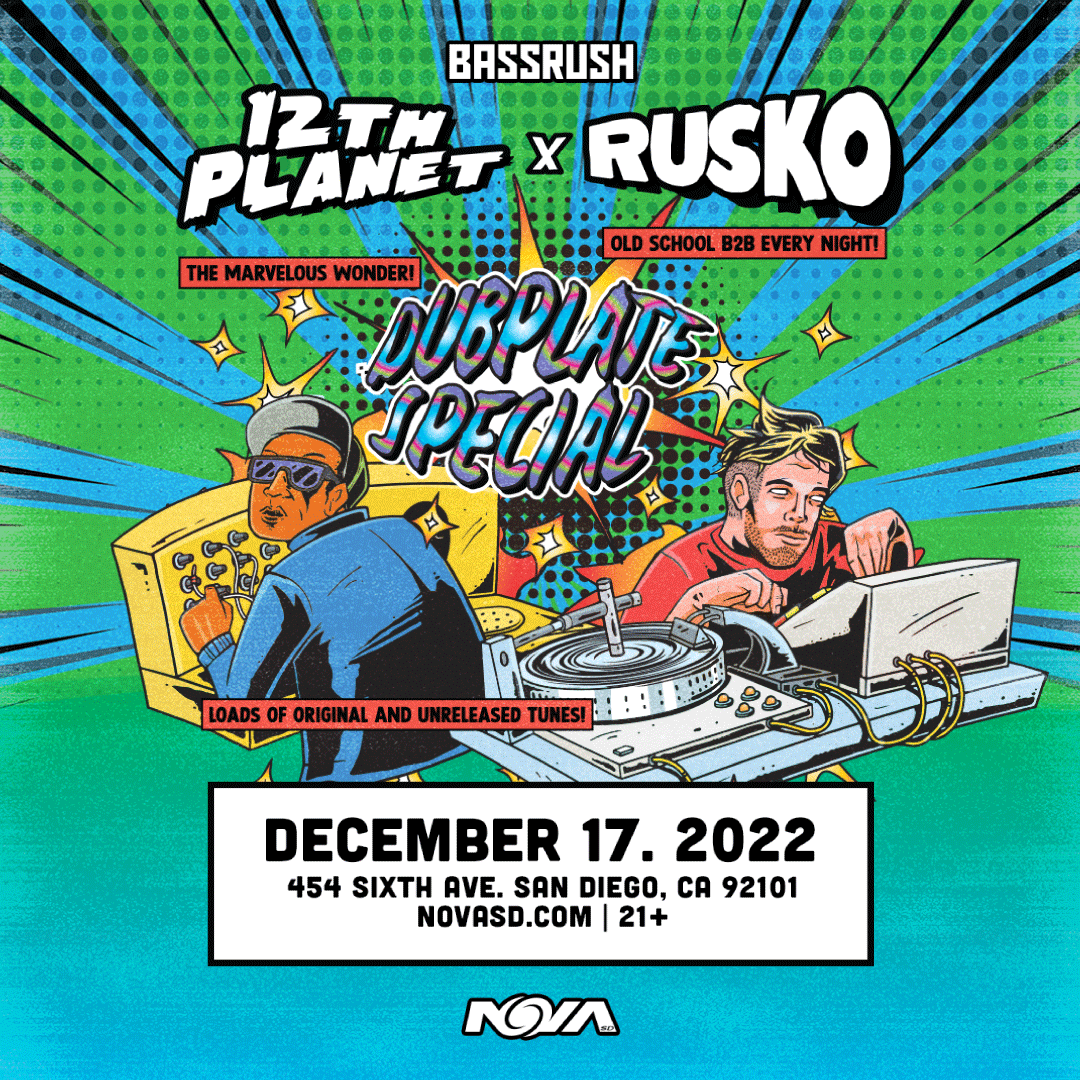