Deathpact is one of the most mysterious and enticing artists of modern bass music, and they’re about to embark on their largest feat yet: headlining simultaneously at four different shows across North America for MIDHEAVEN.

Earlier this year, the midtempo and dark bass artist Deathpact did what was once thought impossible and cloned themselves to bring a second Deathpact on stage at HARD Summer and Shambhala.

Now they are set to headline MIDHEAVEN, a show in four cities on one night. They will perform simultaneously in Los Angeles, New York City, Vancouver, and Orlando.

Not much is known about how they will project themselves across the four corners of North America, but the dastardly midtempo artist is sure to bring something spectacular. 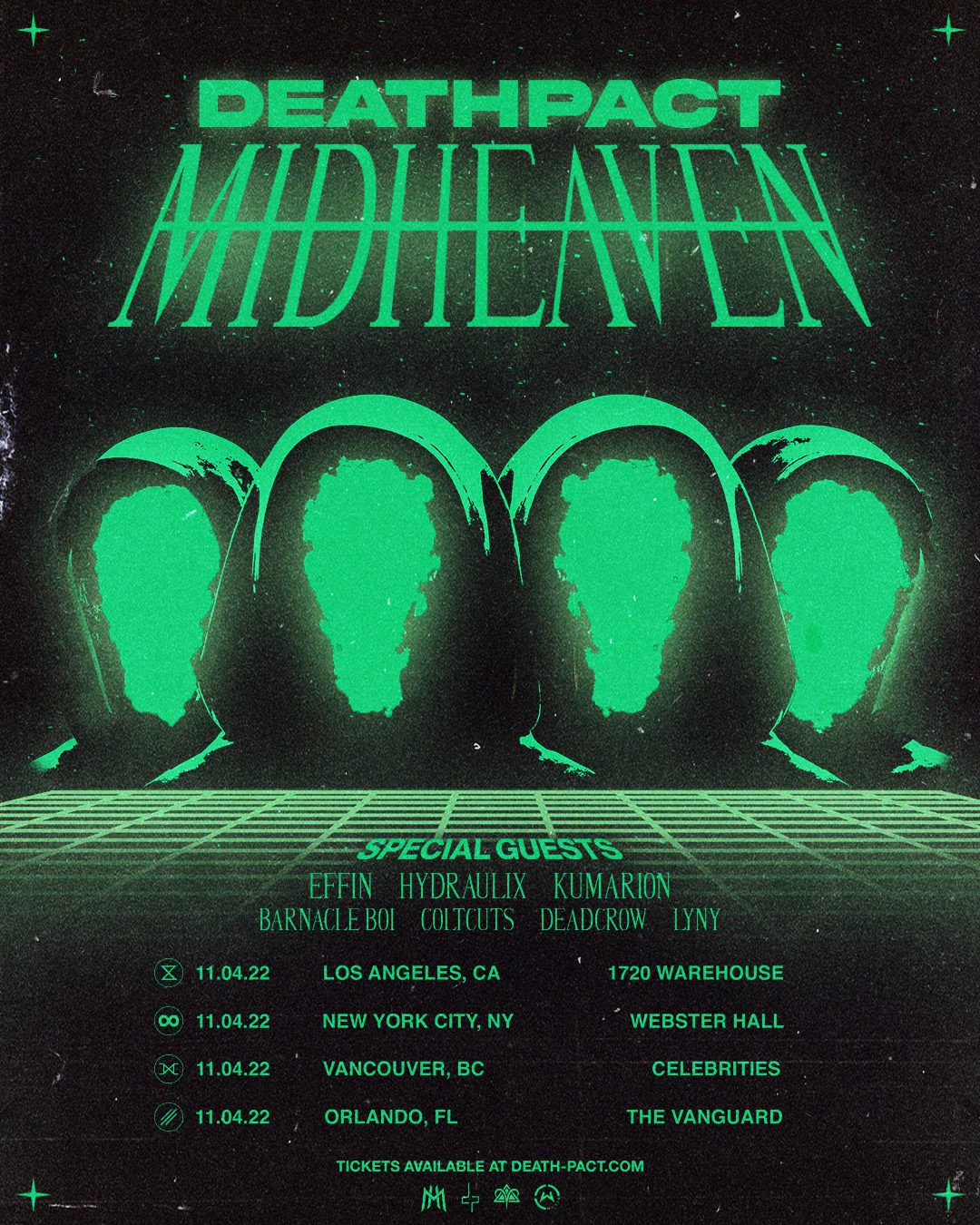